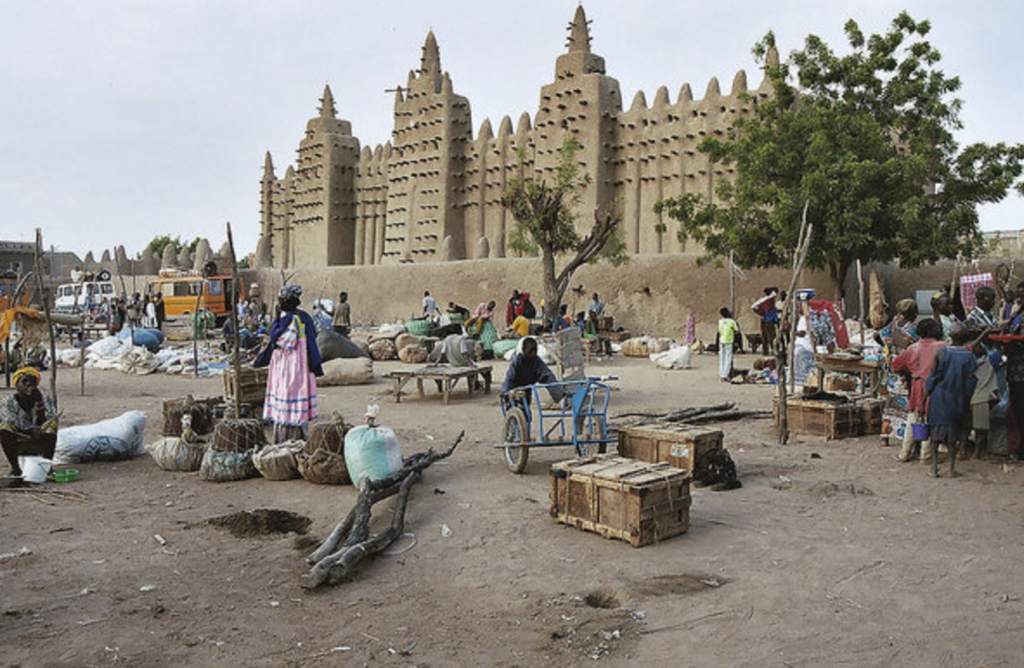 The Old towns of Djenné, on UNESCO‘s list of world heritage, are considered in danger due to insecurity in the region, according to the World Heritage Committee which today issued a statement in Istanbul, Turkey warning about the imminent threat to the Old Towns and to the protective measures implemented by UNESCO.

The World Heritage Committee has appealed to the international community to support Mali in its efforts to preserve the World Heritage Site centered on the Old Towns of Djenné, an area considered under direct threat of attack and also affected by security issues which are disrupting supplies. Among these are materials used to counter erosion of the buildings.

The main town of the Djenné Circle is called Djenné, which is one of the oldest towns of Sub-Saharan Africa and it is located 130 kilometers southwest of the regional capital Mopti, 570 kilometers northeast of the capital city of Mali, Bamako.

The Old Towns of Djenné are in fact four archaeological sites: Djenné-Djeno, Hambarkétolo, Kaniana and Tonomba, symbolizing the typical African city and also Islamic architecture in this region of Africa. One of the main characteristics is the use of earth in the architecture, and the Mosque is a prime example of this. Many buildings have singular features, namely their vertical style, ornamental façades and buttresses.

Djenné-Djeno, Hambarketolo, Tonomba and Kaniana bear  witness to pre-Islamic civilizations on the inland Delta of the Niger.  Djenné-Djeno itself has many houses built in traditional round mud brick (djénné ferey) and the many artefects discovered make this a major archeological site and an important learning center for the study of industrial and craft techniques.

The constructions are characterized by the decorated porch, supporting pilasters and a potige in the center, a motif indicating the position of the main entrance. It is a singluar example of earthen architecture. The building techniques using Earth were passed down from generation to generation.

All it takes is one act of callousness, criminal damage, carelessness or nonchalance from terrorist forces in the region on one hand or from the international community on the other, and this two-thousand-year-plus heritage will join the increasing list of cultural treasures lost.

Can our generation not even preserve what we were left?