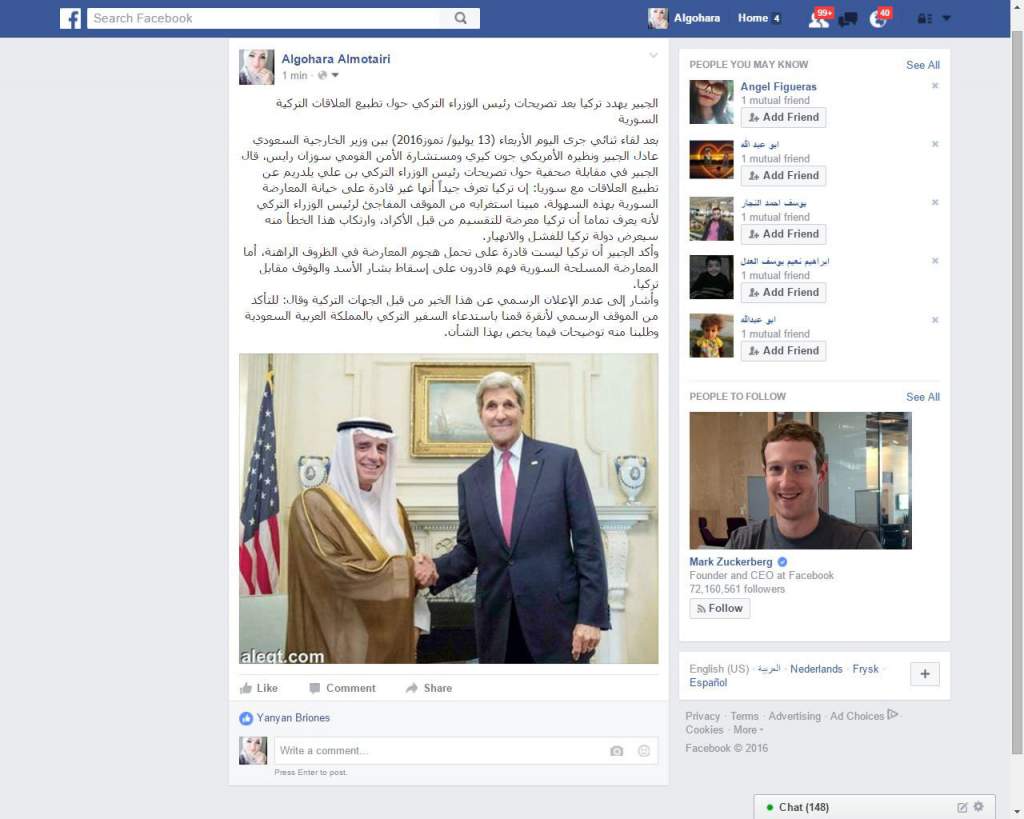 Adel al-Joubeir after bilateral meeting which were observed between him and his US counterpart Susan Rice and American National Security Adviser on Wednesday, 12 / Jun / 2016, in a press interview about Turkish Prime Minister’s statements Binali Yıldırım on normalization of relations with Syria, said: I wondered of Erdoğan’s positioning.

Turkey knows that it could not easily betray the opponents. Today, Turkey is exposed to analysis by Kurds. If Erdoğan is involved in such a mistake, it will lead his country to destruction. In this situation, Turkey have no tolerances of opponents’ attacks.

The Kurds and opponents of Syrian armed forces, are in such a power that could collapse Bashar Assad regime and resist against Erdoğan. Although, this news is not yet been approved and I hope it would be correct, al-Joubeir said.

We summoned the Turkey ambassador and called for more explanation on this subject and we wait for Ankara official declaration.