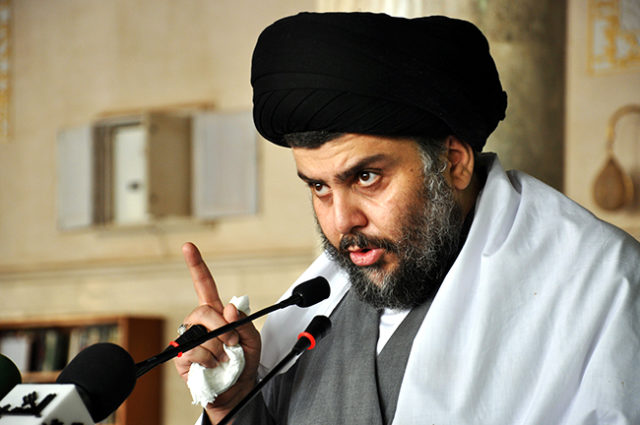 The leader of Al-Sadr movement in Iraq, Moqtada Al-Sadr in a statement calling for filing a lawsuit against the British government in the wake of Chilcot report.

“Even if the Iraqi government did not follow up the issue, it, the country’s judiciary to pursue the case and we’ll stand by its side and provide the necessary support.” Al-Sadr said.

Legal expert Tareq Harb, following publication of Chilcot report, said Britain as a result of its involvement in the invasion of Iraq, must compensate the Iraqi government for what happened in Iraq during 2003 US-British invasion.

Upto now we do not have any official position towards the former British Prime Minister, Tony Blair and his government that invaded Iraq and no official action has been taken against him yet.

Recently An independent private Commission, headed by Sir John Chilcot published a report about British involvement in the war in Iraq and the role of former Prime Minister, Tony Blair in driving the country into the abyss. It indicated Britain’s role in the war on Iraq and its consequences, focusing on Blair’s commitment to the US President at that time George W. Bush. Report raises the issue of whether or not the UK prime minister has deceived the British people with the idea of weapons of mass destruction in Iraq.