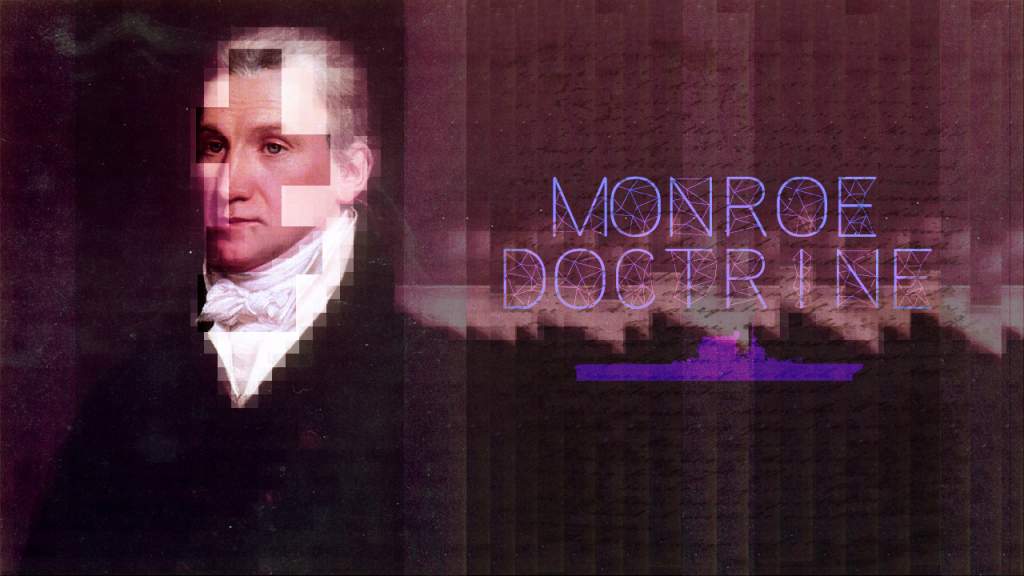 One of the dogmas of US foreign policy is the so-called Monroe Doctrine dating back to, surprisingly enough, President James Monroe who in 1823 said, in an address before US Congress, that outside powers’ efforts to colonize or exploit Latin American countries would be viewed as acts of aggression by the United States. The sentence above pretty much encapsulates the average American’s understanding of the doctrine.

What is left unsaid is that the doctrine has no legal standing. It is not an international treaty or agreement, and the US Congress has not granted the Presidency a blanket authority to go to war against any external power encroaching upon the US “exclusive preserve.” What is equally left unsaid is Monroe’s quid pro quo: the US would likewise refrain from meddling in European politics, which radically changes the actual meaning of the doctrine.

It is not merely an assertion of US dominance over a region, but rather a not reciprocated offer of a sphere of influence division between the US and European powers which actually came close to being codified in the form of the UN Security Council which, by granting veto power to its five permanent members, de facto divided the world into five spheres of influence.

Those days of US restraint and respect for international treaties are long gone. On the one hand, successive US administrations invoke various “open door” doctrines in order to intervene in every corner of the planet, usually with dire consequences, while at the same time seeking to preserve the Americas  for the US to exploit and colonize and deprive the sovereign states of that region the right to choose its allies and economic partners.

Naturally, from the perspective of international law, such unilateral actions are untenable, and accepting them would set the precedent of recognizing the US as a privileged international actor, in effect making “American Exceptionalism” an internationally acknowledged reality.

This is the context in which Russian military installations in Latin America ought to be viewed. From the military point of view, their presence is as, if not more, important for political reasons than military ones. These installations include the Lurdes Radioelectronic Reconnaissance Center which became operational in 1967, collecting intelligence for the GRU, KGB, and the Soviet Navy.

Decommissioned in 2002, the site could be made operational should the circumstances require it, with Cuban government’s permission. At the moment there are no plans to do so, however. In March 2016 the Russian Ministry of Foreign Affairs had stated that there are no plans to reactivate Lurdes, ostensibly because the Russian Federation can gather the necessary intelligence by other means.

In actuality, the status of Lurdes likely depends on the degree of US military aggressiveness in Eastern Europe. Luckily at the moment NATO, for all its belligerent rhetoric, does not want to go too far in provoking Russia, hence the “rotating” NATO troop presence which would be politically less difficult to back out of than permanent bases.

While the status of Lurdes is frozen, another project, this time in Nicaragua, is moving forward. Russia is establishing a GLONASS navigation system station in the country, a move that instantly led some in the US claim it is a reconnaissance installation. The station is part of a larger package of Russia-Nicaragua cooperation that also entails the provision of 50 T-72 tanks to the country. In the preceding years, and most recently in 2013, Nicaragua has been visited by Russian strategic bombers that have also took the opportunity to visit Venezuela.

Collectively, these measures are relatively modest and are not comparable to US initiatives in Eastern Europe. There is certainly no discussion of another “Cuban Missile Crisis” type confrontation. Here one has to keep in mind that Russia is not the only international actor interested in defying the US-imposed quarantine of Latin America. China has similar interests for identical reasons, namely the need to respond to the US encroachment of its positions around the South China Sea.

China’s interest in Latin America has also been evidenced by the discussions of a so-called Nicaragua Canal that would offer an alternative to the US-controlled Panama Canal, an initiative that Washington also strongly opposes. Therefore if the US provocations toward both Russia and China continue, Latin America could very easily become a catalyst for closer security cooperation between the two countries.