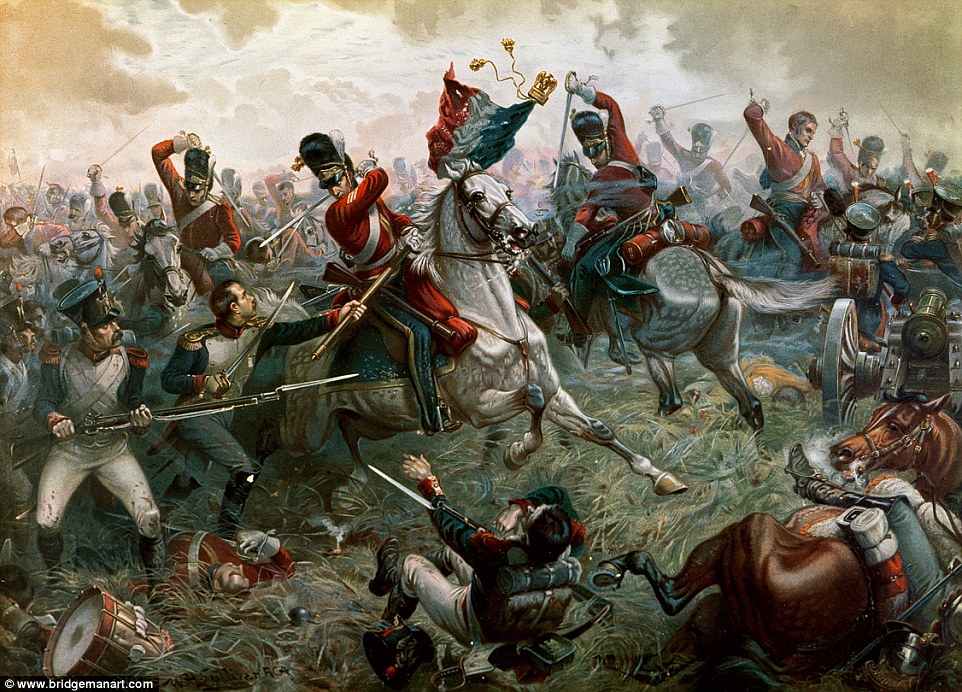 The future of humanity seems cast in the middle of June, 1815, using cutting-edge Information Technology (IT). Twenty-four hours is all it took for humanity to descend into the mire of “arrested human development”; our suffocating miasma emanating vapors such as 9/11, Fukushima, the Rothschild Khazarian Mafia (RKM)….

Information is power. Nathan Rothschild’s edge in technology ordained humanity to wallow, smothered in debt and herded toward the Valley of Sharp Knives by a microscopic cabal of Satanists. Is it a dream to think we are better?

Nathan employed the most advanced information technology in 1815. Horses were the standardized way of speeding along information glistening with power. Nathan’s homing pigeons winged him a twenty-four-hour coup de grâce!

History’s most devastating scoop: Napoleon was defeated south of Brussels, near the town of Waterloo.

Nathan Rothschild was just beginning. A victory by Napoleon at Waterloo would have devastated Britain’s financial system. So Nathan edged into his customary web beside an ancient pillar in the London stock market. Everyone watched him. Nobody knew that his fine feathered friends had given him the most malignantly lucrative edge of all financial history! But…only if played perfectly.

Nathan played devastated. Jaws dropped all around as Nathan dumped British Government Bonds, selling the deception of  Napoleon’s victory. The market puked—British Bonds were dumped all around…while Nathan’s agents secretly scarfed up all the vomit at bone-deep discounts….

Such is how Nathan Rothschild, about 200 years ago, introduced humanity to its Waterloo…and put the Bank of England in his pocket.

If not for homing pigeons working for the fledged Rothschild Khazarian Mafia (RKM), the horror in Nice, France, today (7/14/16)…we should be so far above such barbarity, probably would be if not collectively stupid enough to allow history’s greatest barbarians to spellbind us with such hideous gnomes as Janet Yellen. The whole financial world hanging on every word of…if as a population we were not Code Blue in Intensive Care, there would be some profound Yellin’…!
The power of creating debt from nothing (debt disguised as “money”…you know, like dollars) given to descendants of history’s premier barbarians such as Scythians/Khazarians—could there be a better ticket to monsters like the War on Terror and tendrils from that evil mother such as Nice, today?

Private Central Banking and humanity: antimatter and matter cancelling each other out. The RKM and their central banks (bloodsucking blue-white effectively every “sovereign”  nation on Earth!) Destination: VOID

In the journey to VOID there have been many catalysts. An original resides in the brain component humans share with reptiles: the brainstem—center of survival, temple of reaction. Higher in the human brain’s architecture…a mortal problem. Devolution at the hands of RKM, the power of money from nothing and your debt reaching far into the future. The whole hideous story of the Federal Reserve System is a time stamp on humanity’s journey to VOID.

Conscience is as crucial to higher intelligence as lack of conscience (psychopathy) is a turd in the punch bowl. About four percent of humans are born without the blessing of caring about horizons beyond, ME.

That’s where psychopaths suckled on the RKM’s free money teats have a celebration of power for power’s sake, a little brainstem workout called: “The Cremation of Caring”….

Perhaps the biggest problem of all is not that psychopaths do evil, what else could they do?

Problem is all of us that simply watch the evil happen. Aren’t we better than that?
Part 2, Saturday