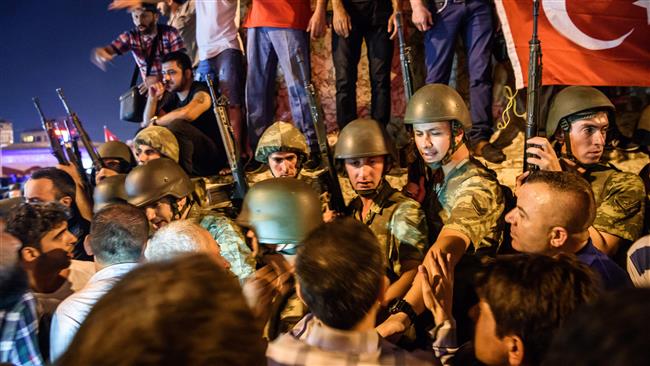 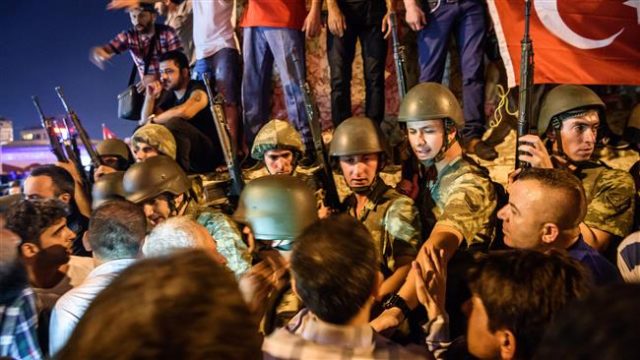 [ Editor’s Note: The post Turkish Coup analysis begins in earnest today, and there will be plenty of it.  The coup was a sad comedy of errors, an attempt by a small group of officers with rank and file troops thinking they could take over the country with the 498,000 rest of the military not with them.  But for the lives wasted for nothing, they should all be put into the stupid prison.

But now we will see Erdogan milk this failed fiasco to wipe out any vestiges  of his political opposition. This small coup group will have suicided any ability to reign in Sultan Erdogan’s deconstructing Turkey’s democracy and replacing it with his cartoon version.

The EU, but not the US, was quick to warn Erdogan that using the coup to do this would kill any possible chance of Turkey’s being integrated into the EU as a phony democratic country. The almost instant move to fire all the judges and prosecutors had a strong smell of pre-planning to it, in effect a coup against Turkey itself.

Even the US got played here.  After supporting the Erdogan regime it was denounced as having backed the coup by “allowing” the Gulen group to organize it, a ridiculous fantasy. That was followed by closing down the main air base currently being used for the DAESH strikes and home to NATO’s tactical nuclear weapons.

We will now see if the  world powers can own up to what a dangerous situation they have put themselves in with the Erdogan gangsters, for which the EU people especially, and of course Syria and Iraq, have already paid a heavy price… Jim W. Dean ] 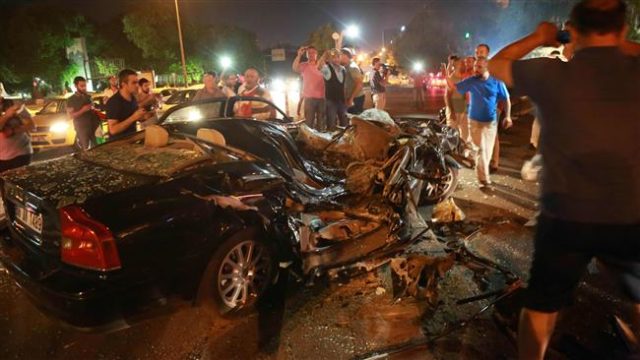 The recent attempt of a military coup in Turkey has been the second mutiny against President Recep Tayyip Erdogan in the last five years. Turkey has the most powerful armed forces in the Middle East and ranks among the top global armed forces.

According to the Global Power index, Turkey ranks the 10th among the most capable global armed forces.

The bulk of Turkish forces are concentrated in the region, but Turkish troops are also deployed abroad, including in Cyprus, Afghanistan and Libya.

According to military experts, the Turkish armed forces are one the best-trained in the world. Turkish troops are trained in accordance with NATO norms.

Failed Military Coup Could Help Erdogan Get What He Wants

In the 2000s, Erdogan announced the reforming of relations between the military and civic institutions.

“The Turkish society is split. Part of it supports President Erdogan who is carrying out a policy of Islamization. This is a neo-ottoman policy, a course of expansion to the regions that were part of the Ottoman Empire. For example, in Syria Erdogan supports Sunni groups fighting against Bashar Assad,” Dolgov told Gazeta.ru.

However, many in Turkey oppose this course. Turkish opposition has repeatedly said that the government is mounting pressure on opposition activists and journalists. Many experts have said that Turkey is drifting from a republic towards an authoritarian presidency.

As for the Turkish armed forces, this institution was established by Mustafa Kemal Ataturk, the founder of the Republic of Turkey.

“Ataturk’s idea was secular development for Turkey. The Turkish military still supports and promotes this tradition,” the expert noted.

“I think that the recent attempted coup is part of this standoff within the Turkish society. Many in Turkey are not happy with Erdogan’s policy. However, the coup was quelled, and so far Erdogan supporters win,” he added.

Death Toll Rises to 265 from Failed Military Coup in Turkey

Dolgov underscored that Turkish officers are considered the lite of the Turkish society. They study and train both in Turkey and abroad, including in the United States and Europe. Turkish officers are qualified military specialists and many of them support Ataturk’s secular ideas.

“The Turkish military is one the most respected and disciplined social institutions. This is a tradition rooted in Turkish history,” Sinan Ulgen, a scholar at Carnegie Europe, was quoted as saying by BBC.

According to Ulgen, throughout the 20th century, Turkish officers considered themselves protectors of the basic principles of the Turkish state. As a result, they have staged several coups when they saw a threat to the constitutional order.

After 2012, Erdogan carried out purging of the military ranks. His supporters were appointed for many command posts.

“But the recent putsch demonstrated that military officers are still trying to change the political course. They said they protested corruption and fought for democracy. These are usual mottos, but they prove that the Turkish military is against Islamization,” Dolgov concluded.