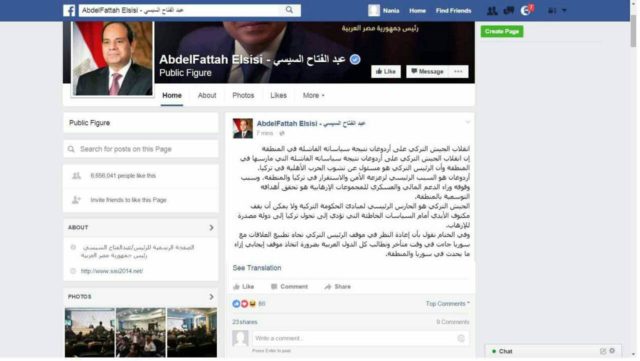 President Sisi issued a response to the military coup in Turkey. “The Turkish military coup against Erdogan was resulted from his failed policies in the region”, he wrote in his Face Book page.

He also said, “Turkish President is responsible for civil war in Turkey and the instability & insecurity in the region.”

“The Turkish military is the only guardian and protector of the main principles of the Turkish state and cannot remain silent against his wrong policies when he made Turkey the largest exporter of terrorism”, he also wrote.

He criticized Erdogan’s policies, asked him to reconsider his stances on the process of normalization of his relations with Syria.

It should be noted that the mentioned Face book post that Sisi condemned Erdogan government was deleted after a few hours from his page. 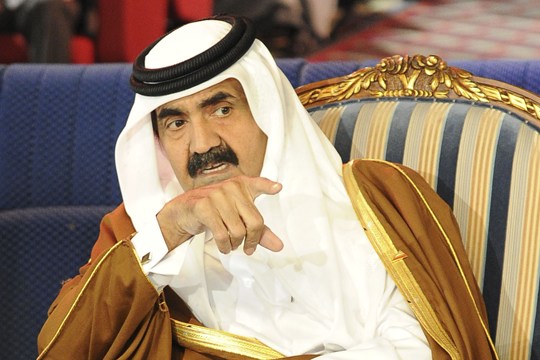 Former Emir of Qatar, Hamad bin Khalifa Al Thani, strongly condemned the attempt of military coup in Turkey. He stressed his country’s solidarity with Ankara in all legal actions taken by the legitimate Turkish government. Al Thani praised the positive role played by President Erdogan in the region, particularly his stance and support for the Syrian opposition. Without Erdogan’s unlimited support the Syrian opposition would not be able to withstand .

United States and one Western country are behind this coup, Al Thani pointed out denouncing the complicity and collaboration of the Saudi foreign minister, Adel Al-Jubeir with these countries. Al-Jubir remained silent despite being aware of what was being plotted against the Turkish state and its security and stability, Qatari Emir added. In the meantime, Prince Hamad expressed his scorn for  media promoting Saudi and UAE policies that welcomed the unsuccessful Military coup in Turkey.