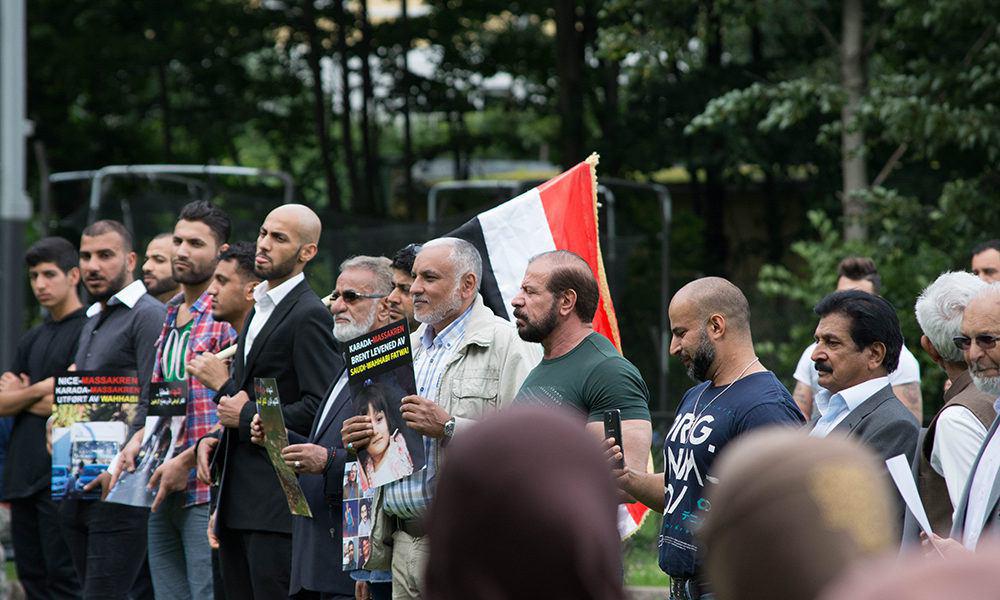 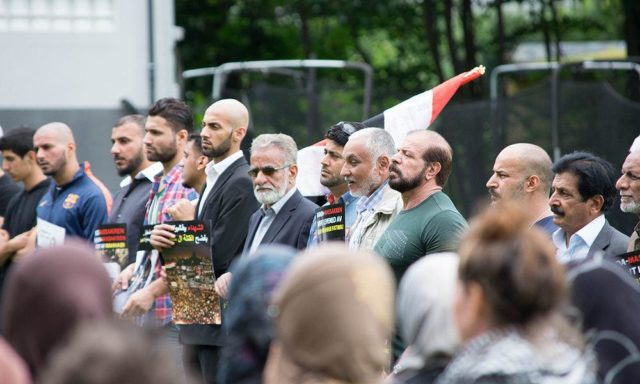 Demonstrators shouted: “Saudi Arabia bank of Daesh [IS]” and “DAESH [IS] ideology of Saud” in reference to the ruling family.

Protest organiser Taha Moayed said people from several countries took part in the protest with many travelling from different Norwegian cities. “The real concern for us is the abuse of human rights, sponsors of terrorism and the war in Yemen ” he said.

“Saudi Arabia and all the terrorist groups in the world have the same ideology. DAESH also receive financial support from Saudi Arabia,” he said.

“Wahhabism is not related to Islam! It is important that we point this out. Because someone is thinking – and the terrorists do it – that this has to do with Islam. It has not”, said Dr. Linstad.

Hillary Clinton has grasped what has long been the prickliest nettle in US diplomacy and directly linked Saudi Arabia to the funding of terrorism.

It is long past time for the Saudis, Qataris and Kuwaitis and others to stop their citizens from funding extremist organisations,” Hillary Clinton declared in the aftermath of the Orlando attack.

“And they should stop supporting radical schools and mosques around the world that have set too many young people on a path towards extremism.”

Demonstrators demanded the Norwegian government to follow the example of the Dutch parliament and halt the country’s arms trade with Saudi Arabia.

The Saudi-led coalition bombing of Yemen has been condemned by the UN for carrying out “widespread and systematic” attacks on civilian targets in violation of international law. 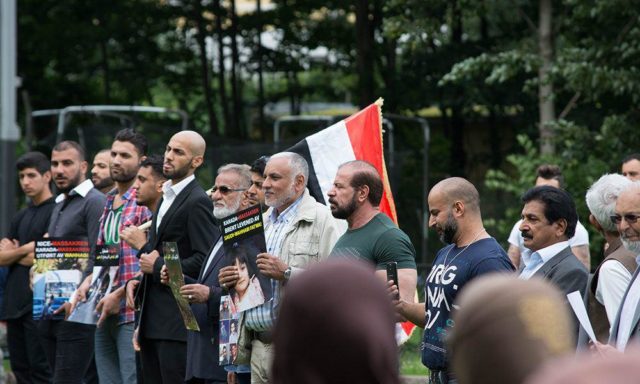 Saudi Arabia has long been criticised for its harsh social codes and punishments, imposed under its puritanical version of Sharia law.

Ali Mohammed al-Nimr was arrested in February 2012 when he was just 17 and accused of organising protests. He was sentenced to death by beheading and crucifixion, along with his uncle Sheikh Nimr Baqir Al-Nimr, a leading Muslim cleric. Philip Hammond, the Foreign Secretary, said last month he did not expect the sentence to be carried out. However, murderers, drug dealers and others convicted on purely criminal charges are often beheaded in public.

While women did in 2105 get to register to vote and can stand for local elections, they are still required to have permission from a “guardian” such as a father, husband or brother to travel freely. Wearing modest clothes and a headscarf in public is compulsory. They are also banned from driving – subject of the country’s most visible civil disobedience campaign in recent years.

The regime in Saudi Arabia has been strongly criticized by human rights organizations.

Hashtags #SueMeSaudi and #SaudiArabiaIsISIS has many hits every minute, and many want to mark their opposition and to show their distance to the brutal dictator regime in Saudi Arabia.

Saudi Arabia practice Wahhabism ideology, which in practice is the state religion in the country. It is also ideology direction that has inspired al-Qaida and DAESH.