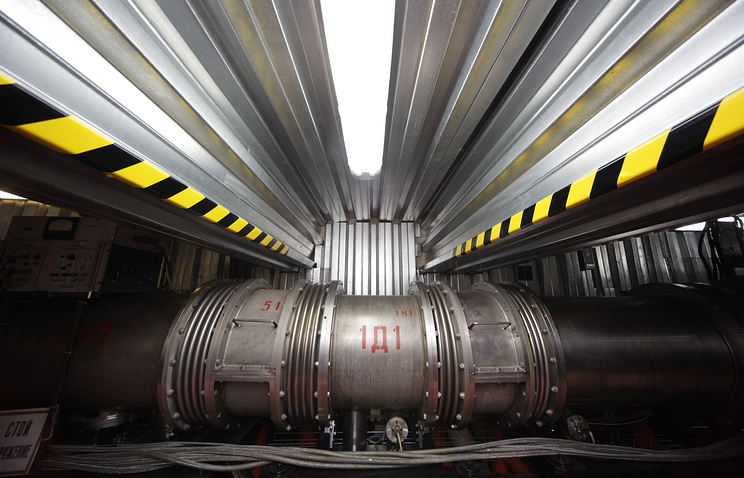 MOSCOW, July 14. /TASS/. Russia’s new ion collider that is now under construction in the town of Dubna north of Moscow is capable of producing results of the Nobel Prize level, Russian Minister of Education and Science Dmitry Livanov said on Thursday.

“We can expect the results of the Nobel Prize level from this facility”, the minister at a meeting of Russian President Vladimir Putin with members of the government.

Putin said that the construction of the collider in Dubna started this June, and its launch is expected in 2020. The education minister said that the heavy ion collider will make it possible to study high density matter – that which appeared after the Big Bang. The accelerator complex by its parameters has no analogues in the world. Scientists from around the world will work at this facility. At present, more than 1,000 scientists from 36 countries are involved in the work on the collider. After putting the NICA collider into operation JINR scientists will be able to create in the laboratory a special state of matter in which the Universe stayed shortly after the Big Bang – the Quark-Gluon Plasma (QGP).

According to Livanov, the first phase of the collider’s construction will be completed by 2018. The total funding of the project is 18 billion rubles ($284.72 million), about half of the sum will be provided by the participating countries. The other half will come from the federal budget. The education minister said that the construction work is fully provided with financial resources until 2018.

Upon hearing the report, Putin wished the project participants success and asked Livanov to provide administrative support to this work.

NICA collider is a cyclotron with a circumference of 500 meters. It will be able to accelerate and collide beams of protons and heavy ions, including relatively massive gold ions. The kinetic energy of the accelerated ions should reach up to 4.5 GeV, and 12.6 GeV for protons. The source of the beams for the new collider will be built on the basis of accelerator Nuclotron constructed in 1993 and which was the Europe’s first superconducting accelerator of heavy ions at high energies, after its upgrade.