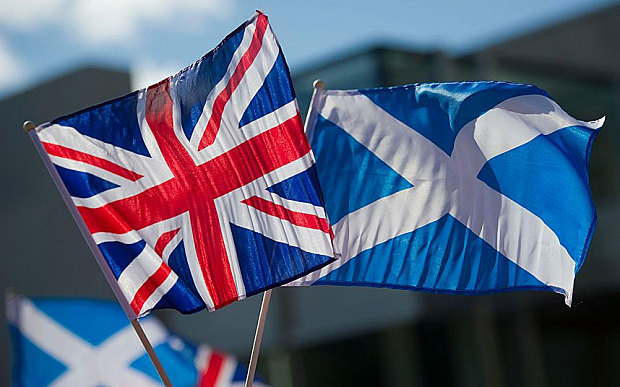 This should be a joyous time for the UK when efforts turn towards throwing off EU bondage and exploring the sunny uplands of free will and expanded world trade. Unfortunately a big, dark storm-cloud looms over the celebrations…. Scotland’s political ‘élite’ are about to piss on us.

People like me were brought up in the belief that anyone threatening the safety or integrity of the realm would be for the chop – quite literally.

So I watch in amazement as Scotland’s First Minister, Nicola Strugeon, dishonestly claims time and again that in the recent EU referendum Scots voted for Scotland to stay in the EU. As the votes came in she said: “Scotland has delivered a strong, unequivocal vote to remain in the EU, and I welcome that endorsement of our European status…. the vote here makes clear that the people of Scotland see their future as part of the European Union.”

But Scots were not asked that question.  The EU referendum only asked about the relationship of the United Kingdom as a whole with the EU. The SNP have seized on the Scottish component of the vote to once again push their independence agenda after failing to get the result they wanted in the specific and supposedly final 2014 vote.

Over the weekend Ms Sturgeon, hopelessly infatuated with Europe,  announced her intention to bring forward options to ensure Scotland is able to retain its status within the EU after the UK leaves. She’ll consider a second independence referendum, she says, if Scotland’s demands during the Brexit process are not met. “I will have an independence referendum if I come to the conclusion that it is in the best interests of Scotland. I’ve always said that.”

She seems happy to destroy the centuries-old unity of the kingdom and its unique partnership, which generations have died to defend. Scots especially have been unstinting in their sacrifice. But in order to claim that they have changed their minds and now wish to follow her lead Ms Sturgeon needs to ask a completely different question,  maybe two. For example, (1) Should Scotland leave the United Kingdom and become an independent nation? And (2) if Yes, should an independent Scotland then seek to join the European Union? The full implications and consequences of either or both actions would have to be carefully explained beforehand and Scottish citizens given an honest understanding of the nature and true purpose of the EU, including its dark side. And, not least, the EU’s future prospects if any.

But instead of putting the right question she stirs up hysteria at home and goes on a tour of European capitals, at taxpayers’ expense, to drum up foreign support for her subversive programme.

Many Scots politicians are driven by a pathological hatred of Westminster and its machinations. They may be justified.  Successive Westminster governments have behaved with arrogance and negligence towards not just Scotland but all our northern regions. Bitter talk of “misrule” goes back at least to the 1950s from my own recollection, and that’s despite Scots being liberally sprinkled among the higher parliamentary echelons in the South.

There is no doubt good reason for wishing clear blue water between Scotland and Westminster, but at the same time Scots should remember that they have 59 MPs down in that snakepit – far better representation than they’d ever be allowed in Brussels if they went down the Sturgeon route. However, the 56 under the SNP banner should remember their general election pledge to “use our influence at Westminster to help deliver positive change for the benefit of ordinary people, not just in Scotland, but across the UK.” Their attitude so far has been selfishly Scottish.

So things have come to a pretty pass. Ms Sturgeon was appointed Scottish First Minister by the Queen herself. In days gone by we can imagine how there would have been a simple warrant signed by the monarch saying “Off with her head”.  In these kindlier times the Palace is more likely to settle for confiscating the Great Seal and repossessing the ministerial car.  Some might like to see the penalty include, for good measure, banishment to the outer reaches of the European Union which Ms Sturgeon seemingly loves better than the United Kingdom.

On the bright side Scots and English may yet find common cause in defying the Westminster government’s decision tonight, by a large majority, to renew Trident, a murderous nuclear vanity project the nation can ill afford. Although opinion in Scotland is evenly split, all 56 SNP MPs voted against and were accused by Defence Secretary Michael Fallon of group-think and ignoring half of their electorate.

Trident is based at Faslane, only 30 miles from Glasgow, so its presence in Scotland is certainly discomforting. It’s a shame Westminster had to give Ms Sturgeon something else to kick off about.

Most people understand by now that the warheads, which are what Trident is chiefly about, are manufactured by Lockheed Martin in the US and serviced by the US Navy. So it is not an independent nuclear deterrent as frequently advertised and there are obviously strings attached. At least our new Prime Minister Theresa May cannot obliterate millions of people without US approval. We must be grateful for small mercies.