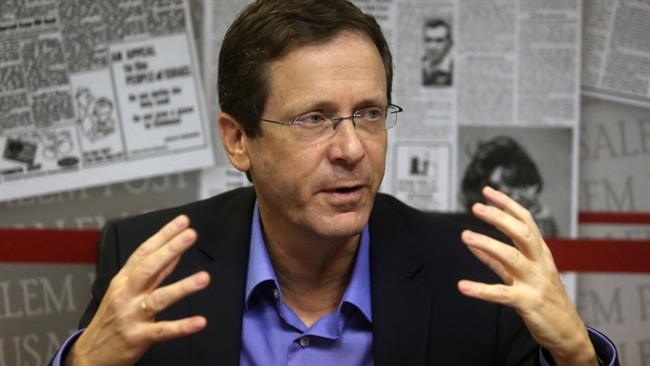 Israeli opposition leader Isaac Herzog has warned of “growing hatred and racism” being incited by right-wing politicians in Israel.

“We are on the verge of an uprising of hatred, racism, darkness and upcoming killings and assassination based on the overwhelming internal hatred here,” Herzog said during a speech at a Zionist Camp parliamentary bloc session on Monday.

“We hear hatred at every turn, whether it is directed toward women by military rabbis, by Ashkenazi Jews against Sephardi Jews and Mizrahi Jews against Ashkenazis.”

The 55-year-old chairman of the Labor Party further blamed the administration of Prime Minister Benjamin Netanyahu for the prevalence of the rising fascist discourse in Israel.

“This way the seeds of the uprising of hatred are planted, which will lead to a civil war. This hatred is being carried out by the full support and cover of those in charge,” Herzog said.

“Whoever heads this administration remains silent about the uprising of hatred, without working against it, ending it, taking steps against its leaders, or preventing those behind it from receiving funding,” the Israeli opposition leader said.

Earlier this month, Herzog denounced the passage of a controversial law compelling Israeli non-governmental organizations (NGOs) to reveal the sources of their public foreign funding. The measure has come under fire from left-wing groups as an attack against the critics of Israeli policies toward Palestinians.

Herzog slammed the legislation, titled the “NGO Transparency Law,” for “symbolizing the budding fascism that is rising and flourishing in Israeli society.”

Critics argue that the bill targets human rights groups critical of the Israeli administration’s policies, and does not affect right-wing and pro-settlement NGOs.