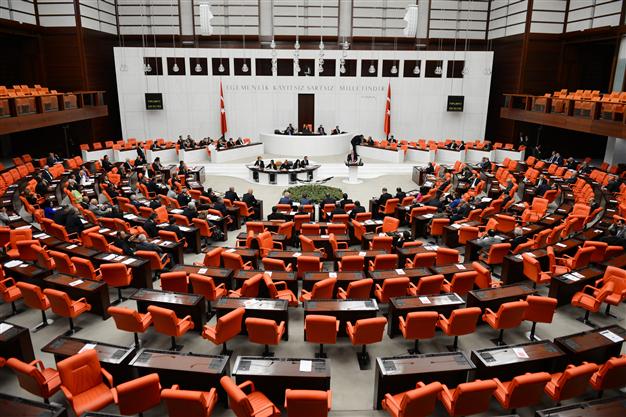 Following Istanbul Ataturk airport terrorist suicide-bombing on Sunday that killed more than 200 people, Turkish and foreign nationals, Kalcidar Oglu within the parliamentary session said that ” Erdogan and AKP government are responsible for problems and killings taking place in Turkey”.  In his various questions, head of GHP party exposed Turkish-ISIS joint cooperation and based on irrational and insane statements of Erdogan cooperating with terrorist groups such as ISIS and Nusra Front.

– Mr. Erdogan ! Can any country shun describing ISIS as a terrorist group after their occupation of the Turkish Embassy in Mosul ?

– Can any government official declare that ISIS is not terrorist?

– Can any party member other than AKP Party) tell ISIS : “We are happy to provide you with weapons and military capabilities”?But in the council of AKP party no plan was approved to support ISIS or protect it”?

– Is it not as a result of that 70 provinces joined ISIS ?

– Has any state other than your government protected ISIS fighters and treated them when injured in Syria showing respect from the state and the people to them?

– Did any country send weapons and ammunition for ISIS in Syria?

– Did the National Security Council declare ISIS  as a terrorist group so far?

– Has any judge in Turkey announced ISIS crimes and stood against it? Why a lawsuit was presented against Gulen but not against ISIS ?

– Who is ISIS commander in Turkey? How could this person wander in the state and if anyone wants he can meet him? Who protects him? Can the proposal of establishing a parliamentary commission of inquiry on ISIS in AKP ruling party majority parliament, give answers?

US announcement of the terrorist explosions that took place in Turkey: Following Ataturk airport suicide-bombings in 28/10/2016, in which more than 200 people were killed, Okan site, according to an intelligence source, reported that: Luis Dwayne, CIA intelligence officer, held meetings on a weekly basis with intelligence officials from the region of Iraq, Turkish PKK and Syrian YPG”. We gave all necessary warnings for our partners and teams regarding day of explosion and restricted any travel to Turkey;

After making sure the US State Department issued a statement on the movement of its nationals to 18 provinces in Turkey, a question poses itself “What is the relationship between explosions and the US Embassy warning to its nationals?