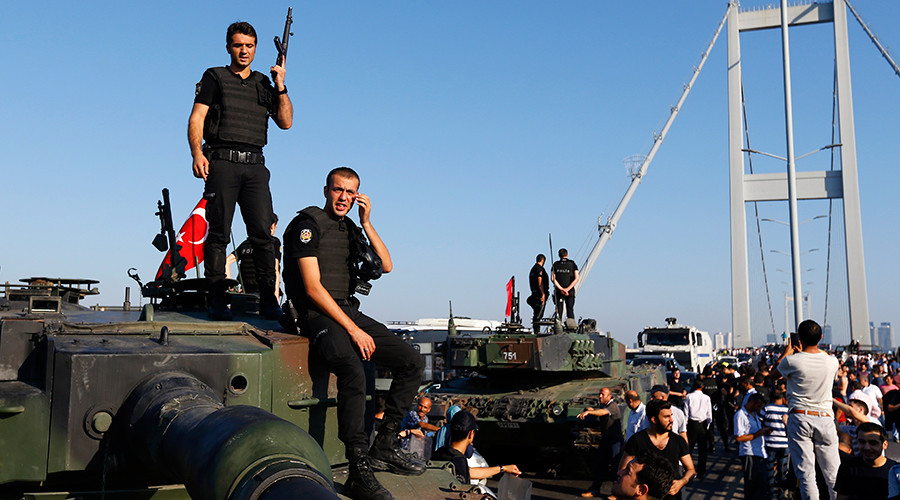 MOSCOW (Sputnik) – Media reports emerged that an uncovered plot forced the faction to move the coup’s date — initially it had been planned to be carried out in the early hours of July 16.

“On July 15 the Turkish National Intelligence Organization (MIT) was informed [about the coup attempt]… in this regard… the country’s airspace was closed, military aircraft flights were prohibited,” the armed forces said.

Economic Crisis Yet Another Test for Erdogan After Failed Coup Attempt

Late on Friday, the Turkish authorities said that an attempted coup was taking place in the country. The coupattempt was suppressed by early Saturday, with Turkish Prime Minister Binali Yildirim stating that all coup supporters had been identified and would be apprehended as the country was returning to normal life.Thousands of judiciary and senior civil service members have been removedfrom office in Turkey and thousands of military personnel were arrested.