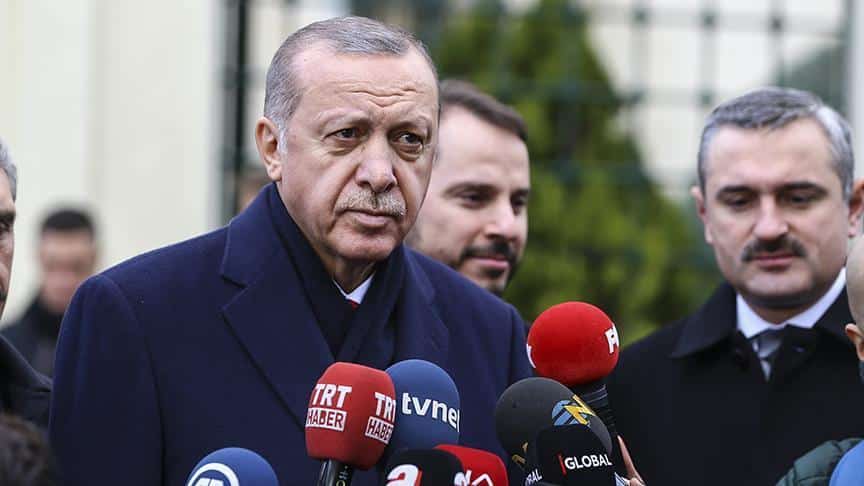 The failed military coup in Turkey last Friday has created no small controversy in the political landscape. Genuine and reasonable people have obviously taken different sides on this issue, and that is perfectly understandable. After all, the issue is still unfolding and current events are moving at an astronomical rate. Moreover, there are questions that still remain unanswered.

The debate is also a strength for VT precisely because it shows that reasonable people can respectfully agree to disagree on certain issues without calling each other names. This is certainly right in line with genuine education.

There are basically two schools of thought here at VT, and we have seen good arguments for both sides. We would take a look at both the strengths and weaknesses of the arguments.

Our esteemed colleague Kevin Barrett argues that the US and Israeli officials are almost certainly behind the failed coup. After all, General Akin Ozturk, says Barrett, is a former Israeli attaché. Barrett also argues that

“Fetullah Gulen (FG). Gulen is classic ‘controlled opposition.’ He is a pure creature of Mossad-CIA. He poses as an Islamist in order to divide-and-conquer the Turkish Islamic democracy movement. In fact, he is an agent of Israel. So when Erdogan accuses Gulen of being behind the coup attempt, he is in fact accusing Israel.”

Graham Fuller, an ex-Central Intelligence Agency officer who is a resident consultant at the Rand Corp. in British Columbia, declared that the US saw Gulen as “very moderate” and was “doing many positive things.”[3]

There is another point here. We all know that Erdogan collaborated with Washington in demonizing Russia and Vladimir Putin last year. When Turkey gunned down the Russian jet, it was the US and NATO that actually backed Erdogan up. 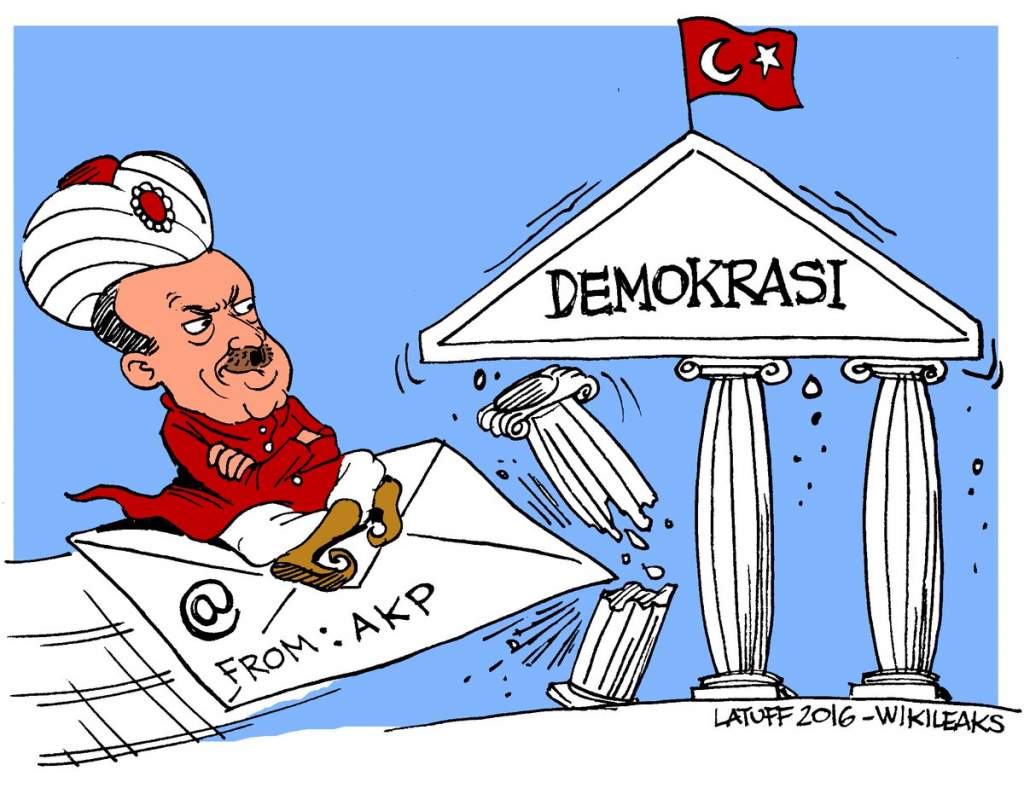 As we have seen earlier, Russia in return shut down Turkey’s economic infrastructure and refused to do business in that country. Erdogan eventually sent Russia a letter of apology and declared that Turkey was open to work with the Russians once again. That certainly could be perceived as a low blow on Washington and NATO, which for years have refused to work with Vladimir Putin.

The geopolitical conflict became even more interesting when the US would not extradite Fethullah Gulen, whom the Turkish government has accused of political corruption. So, if obviously there is a sort of “cold war” between the US and Turkey at this present moment. If Turkey did mean business when he said yes to Putin, then by a process of elimination he has inexorably excluded NATO from the political equation.

If NATO is out, then Erdogan would have to renounce the US as well. If he renounces both NATO and the US, then Washington would almost certainly consider Turkey an enemy. If Turkey is an enemy, then removing Erdogan from power is not really an implausible hypothesis.[4] Barrett writes, “Israel wants to keep the Syria conflict going. Erdogan may be about to help end it.” It has been reported by Russia Today that:

“General Bekir Ercan Van, the commander of Turkey’s Incirlik airbase, which is used both by the Turkish Air Force and NATO forces, has been detained by Turkish authorities accused of complicity in the attempted coup. The senior Turkish military commander was arrested along with over a dozen lower ranking officers at the base…”[5]

“Some personnel at Incirlik, a major NATO air base that is home to the largest stockpile of nuclear weapons in Europe and about 1,000 U.S. troops, are also suspected of taking part in the attempted government overthrow, a senior Turkish official said.”[6]

We are also told that “Gulen lives on a secluded compound in Pennsylvania and has maintained influence in Turkey through followers in the judiciary and police.”[7]

So, can the argument that NATO, Israel, and other agents were behind the coup be ruled out altogether? Well, Barrett sees that the connection is legitimate. Again, this position is understandable.

But Barrett seems to defeat his strongest arguments by saying that Turkey is a democracy. If Erdogan’s parties “are the corrupt, opportunistic ‘moderate pro-democracy Islamists’ who are willing to compromise with the devil as part of their ‘long game’ attempt to build up Turkey’s power, independence, and democratic Islamic identity,” as Barrett argues, how can Turkey itself be a democracy? Or should we say that we need to define the term democracy here? Democracy, as I see it, cannot exist without practical reason, and practical reason and corruption do not go together at all.

There is no doubt that Erdogan aided and abetted ISIS last year, and evidence for this is just an embarrassment of riches. So, if Erdogan was “willing to compromise with the devil,” how do we know that he is still not playing his “long game” to get more power? How do we know that he is not using the Zionist ideology itself to further his own ideological agenda?

Ian Greenhalgh has a point when he says that the whole thing could be “a set-up designed to bolster Erdogan’s regime after it had suffered a series of foreign policy failures.” Jim W. Dean adds that perhaps it is an attempt by Erdogan himself. “The almost instant move to fire all the judges and prosecutors had a strong smell of pre-planning to it,” writes Dean, “in effect a coup against Turkey itself.”

Barrett makes a historical point by saying that the pro-Zionist propaganda in Turkey predates Erdogan’s current government. That is absolutely correct, and one can historically trace the inception of this pro-Zionist movement to Sabbatai Zevi, the long-waited Jewish messiah in the seventeenth century.[8]

But that should not get Erdogan off the hook. Again, he has worked with terrorist groups such as ISIS. True, the recent Frankenstein known as ISIS “was created by the US military and its Israeli handlers…” Turkey, like George W. Bush, was just a pawn.

But the fact that Turkey cooperated with the Powers That Be in supporting ISIS is another piece of evidence that indicates that Turkey is obviously not a democracy. And if Turkey “is merely following orders,” primarily from NATO and the Zionist State of America, then we are redefining democracy by saying that Turkey is a democracy. 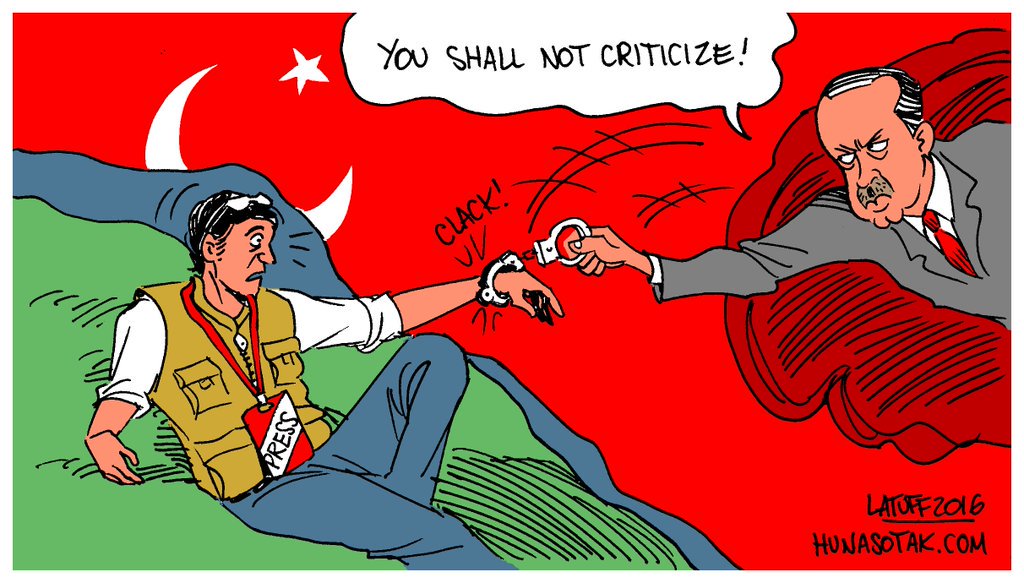 Moreover, Erdogan is known for criminalizing academics, journalists and intellectuals.[9] More recently, “The Turkish higher board of education has prohibited all academics from traveling abroad…”[10] There is more: “Turkey has revoked the licenses of 21,000 teachers working in private institutions…”[11]

Are all those teachers and academics Zionist pawns? Can academics and intellectuals, without any ties with the Zionist Mafia, genuinely and constructively criticize Erdogan without serious repercussions? Will Erdogan face his critics in a serious debate without penalizing them?

If the answer is no, can we again say that Erdogan is trying his best to establish a democratic state? Or is trying to lull the masses into a false sense of security? Well, we will probably know more about Erdogan in the coming weeks and months.

But it must be emphasized that democracy, as John Adams would have put it, is impossible without a moral people and responsible government. If Erdogan is excluding practical reason from his weltanschauung, then he is inexorably killing democracy in Turkey. 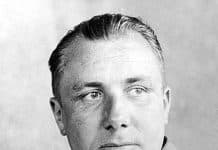