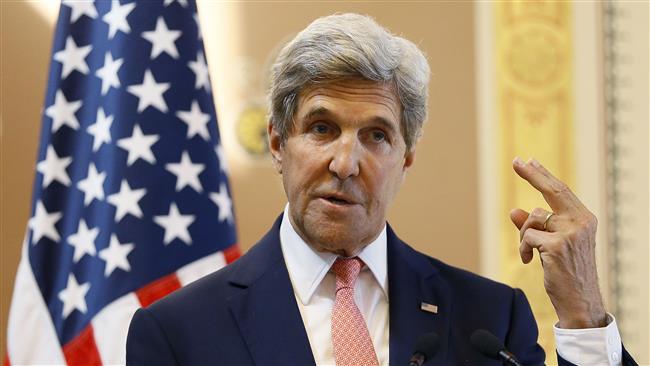 US, UK can’t have trade deal before Brexit starts: Kerry

[ Editor’s Note: John Kerry gets ahead of the curve with his current statements that US – British relations, post Brexit, will be a step by step process for which there are no shortcuts. With all the blustering and silliness we seem to constantly hear from high officials in geopolitical matters, something completely rational like this stands out almost as an aberration.

The Brexit will be closely analyzed for years as to how the powerful interests there were not able to rig the outcome to remain in the EU, despite a full court press on their part. It gives hope for balancing out the growing defeatist attitude that fighting back against the puppetmasters is a frivolous act because they are just too powerful.

On the contrary, such defeatists become major allies of their own enemies with this attitude. So we should all take heart and use the Brexit as a rallying flag for a needed attitude adjustment that resistance is not a waste of time if it is done the right way, building long-term infrastructure for the long-term fight we are in, and not looking for a cheap and easy solution. There is none… JD ]

Secretary of State John Kerry has said the US and the UK can have no trade deal until Britain completely withdraws from the European Union.

It would be “physically impossible” for Britain to strike a trade pact with Washington till it leaves the bloc, Kerry said in London on Tuesday during a joint press conference with British Foreign Secretary Boris Johnson.

The vote has had different political and economic repercussions and sent economic shockwaves through Britain as well as global financial markets.

Johnson also said that the US and the UK cannot strike any trade deal before his country’s exist from bloc is completed.

“Though clearly you can begin to pencil things in, you can’t ink them in, and that’s entirely right and proper,” Johnson said.

Kerry and Johnson made the remarks after they said “special relationship” between their respective countries would continue in spite of the Brexit vote.

On June 27, Kerry said the US will maintain special relationship with the UK in the wake Brexit.

“I think it is absolutely essential that we stay focused on how, in this transitional period, nobody loses their head, nobody goes off half-cocked, people don’t start ginning up scatterbrain or revengeful premises,” he said.

President Barack Obama has also said that the US and the UK will remain “indispensable” partners in the wake of the referendum.