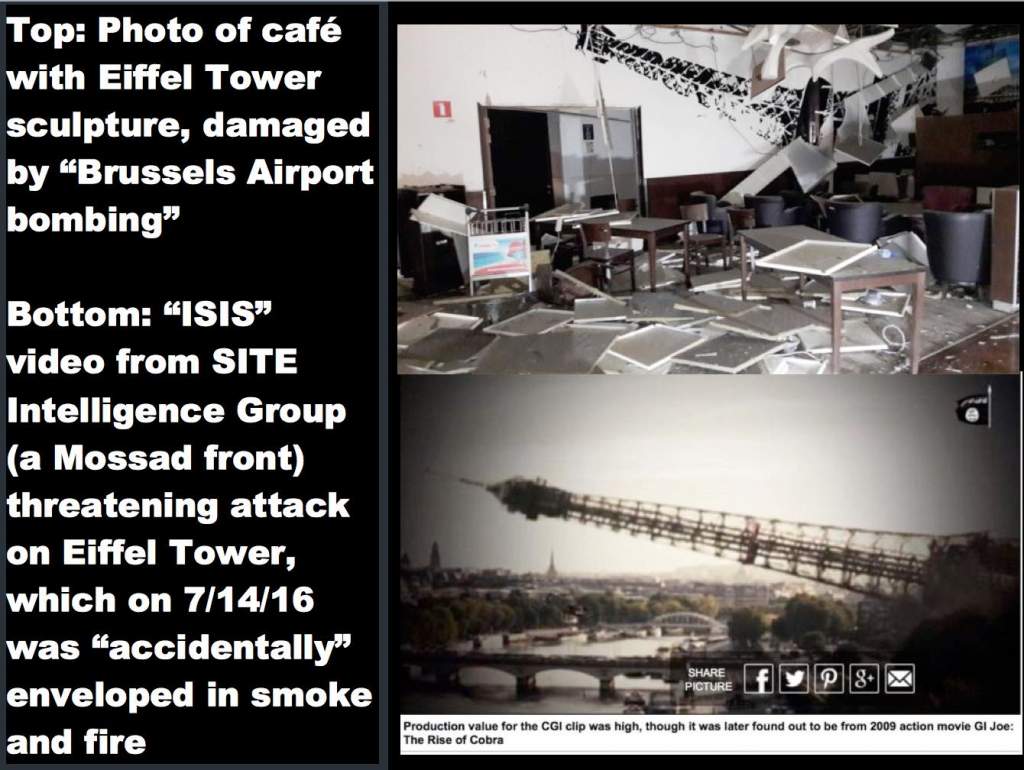 Ole Dammegard has discovered several strong indications that the Nice truck attack was yet another false flag. As I pointed out just a few hours after the attack was reported, the date and number of victims sent the usual “illuminati” signals. See my article:

*That the cameraman apparently pre-placed on the balcony to film the beginning of the truck attack is German journalist and blogger named Richard Gutjahr…who just happens to be married to Israeli potentate Einat Wilf, a former Israeli Intelligence Officer in Unit 8200 who served as foreign policy advisor to Shimon Peres, strategic consultant to MacKenzie and Co. in New York, and a general partner in Core Venture Capital in Israel. In 2007 she ran for the presidency of the World Jewish Congress. (The presence of highly-placed Israelis and friends in strategic positions to film terror events is getting out of hand…we saw the same thing with the Charlie Hebdo and Brussels Airport events.)

*That the truck did not travel over a mile mowing down people, but in fact only went about a block.

*That numerous other anomalies raise questions about whether the whole event may have been staged with crisis actors.

*That a bizarre photo supposedly taken after the truck attack, but prominently and inexplicably featuring a mis-dated sign (see above) seems designed to link the event to the Brexit vote.

*
And much more! Listen for the full story.