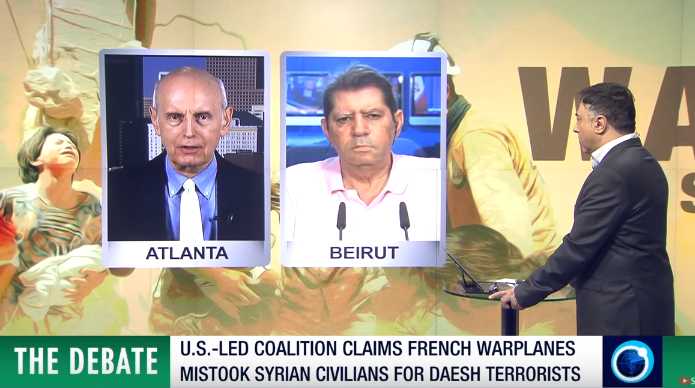 In this edition of The Debate, Press TV has conducted an interview with Veterans Today Managing Editor Jim W. Dean from Atlanta, and Jihad Mouracadeh, a Middle East expert in Beirut, to discuss the latest developments in Syria.

The US-led coalition’s performance on killing the Daesh terrorists in Syria was not that great to begin with, and now they have a new stain on their report card: 120 civilians in a US-led airstrike were killed. Most of the victims were women and children.

The so-called US-led coalition says the French warplanes mistook the civilians for Daesh terrorists. And this happened just a day after US aircraft killed over two dozen civilians. In this edition of the debate, we ask how a mistake of this magnitude can happen, and whether the security council will take any action against the coalition.