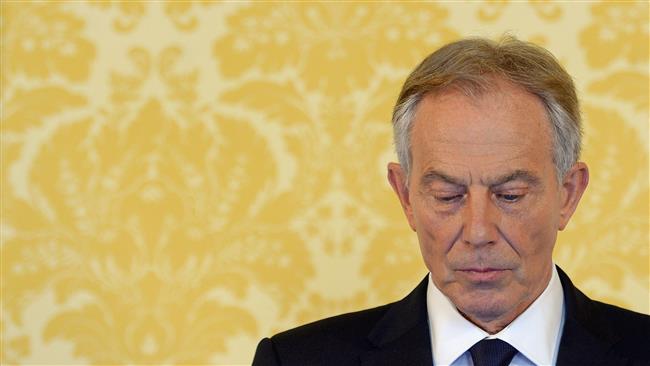 British MPs  have been given a date in September to debate a motion in the House of Commons to find former prime minister Tony Blair in contempt of parliament for involving the UK in the 2003 invasion of Iraq.

The date was agreed on Wednesday by the speaker and MPs from across seven parties led by Scottish National Party’s Alex Salmond.

The motion will say that former Labour prime minister had given “seriously misleading” statements in the House of Commons in 2001, 2002 and 2003 and should be therefore held in contempt.

The motion was launched after the Chilcot inquiry into the role of the UK in the Iraq war released a report on July 6.

Even if the motion was passed, it would be mainly symbolic as the House of Commons has not used its power to punish non-MPs for several years.

The Chilcot report offered a scathing critique of the UK government’s involvement, under Blair, in and after the invasion of Iraq.

The report said Blair had overstated the threat posed by Saddam’s supposed Weapons of Mass Destruction (WMDs), deployed ill-prepared forces to the Arab country and had “wholly” inadequate plans for after Saddam’s ouster.

The report concluded that Blair’s decision to join the US-led war in Iraq was made “before the peaceful options for disarmament had been exhausted.”

A spokesperson for the group of MPs who launched the motion said families of British soldiers killed in Iraq were also planning legal action against Blair that would proceed separately.

The inquiry revealed that “Blair was promising US President George W Bush in private memos while he was telling Parliament and people something entirely different in public statements,” the spokesperson also said.

“If we are to prevent such a catastrophe happening again it is essential that parliamentarians learn to hold the executive to critical examination in a way that Parliament failed to do in 2003,” the spokesperson added.

Meanwhile, families of dead soldiers have launched an appeal to raise£150,000 to pay for a legal assessment of the Chilcot report to determine whether they could pursue private prosecution of Blair.

The appeal, known as the Crowd Justice, said in a statement on its website that the report has confirmed that there were“serious failings” before and after Iraq war.

“Our armed forces must never again be so callously sacrificed by political ambition and the irresponsibility and failings of Government and Whitehall,” the statement also said.

“Those responsible should be held to account. Now it is down to us, the families, to ensure that justice is done,” it added.