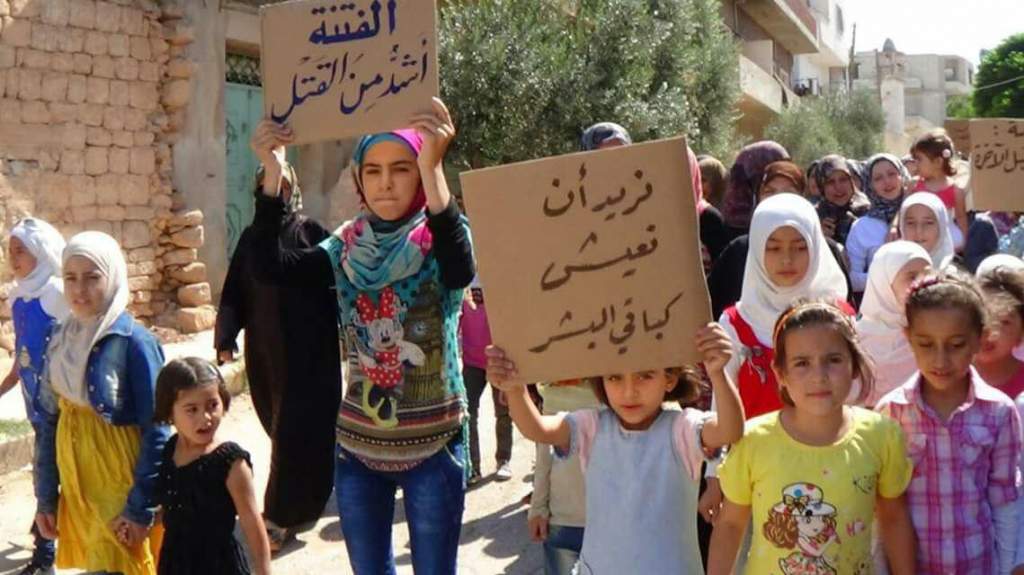 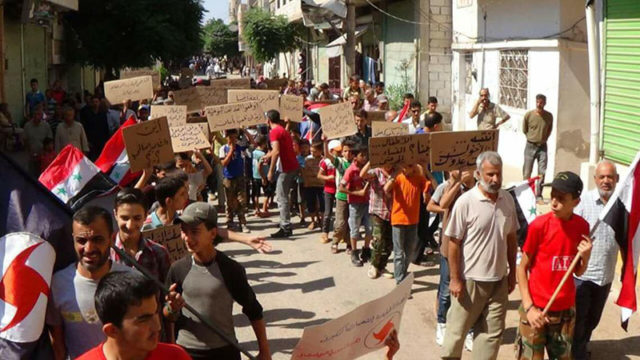 A solidarity march took place and toured the streets of Fua’a calling upon the United Nations to assume its responsibilities towards what is happening in the Fua’a and Kefraya and stop the Sea of missiles showered everyday on the two besieged cities. Marchers demanded UN to break the blockade imposed on  the two towns by armed groups.

A large number of women and children from the two towns of Fua’a and Kafraya attended Solidarity march raising banners calling for lifting the siege imposed on them and the return of security and safety to their cities.

It is noteworthy that the blockade began about a year and a half ago on the two towns that are located in the countryside of north Idlib after the full control of the Jaysh Al-Fath (which includes Nusra Front, Jaysh Al- Islam, Free Syrian Army and Jund al-Aqsa ..) on Idlib. 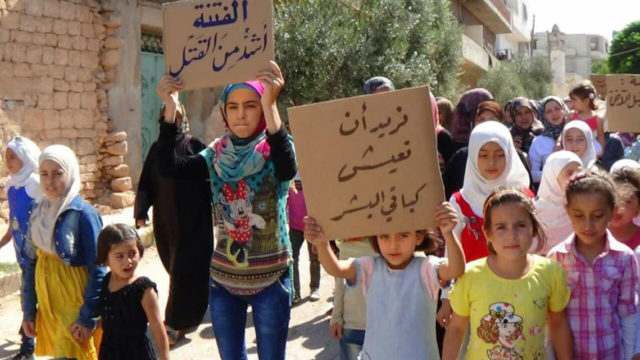 Since the start of the siege the two towns under bombardment of all kinds of rockets and heavy weapons in addition to the acute shortage of basic health materials and different types of medicines as well as other essential necessities of life.

Until now international Humanitarian organizations have made no action or demonstrations across the world for lifting the deadly siege on the two cities.