[ Note: We can hardly expect Obama to publicly admit that the US had advance knowledge of the coup. But then that requires us to believe that, with all the US intercept security within its operational base at Incirlik, our military did not pick up on the Turkish Air Force running a key part of the coup operation from there.

There is no chance in hell that could have happened without our Intel people picking up on it. Heads would have rolled if they did not. So both sides, as I concluded in the interview, are engaged in theatrics here purely for public consumption… JD ] 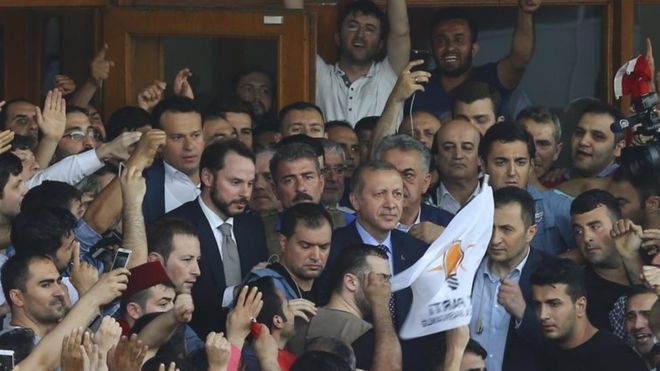 US President Barack Obama has rejected allegations that Washington had prior knowledge about last Friday’s coup in Turkey.

Obama said that Turkey’s request for the extradition of Muslim cleric Fethullah Gulen who’s blamed by Ankara for the coup would be handled in accordance with the US law. He also demanded Ankara provide Washington with evidence showing Gulen was behind the military revolt.

The US president reaffirmed his country’s strong support for the Turkish government and deplored the coup attempt that left nearly 300 people dead.