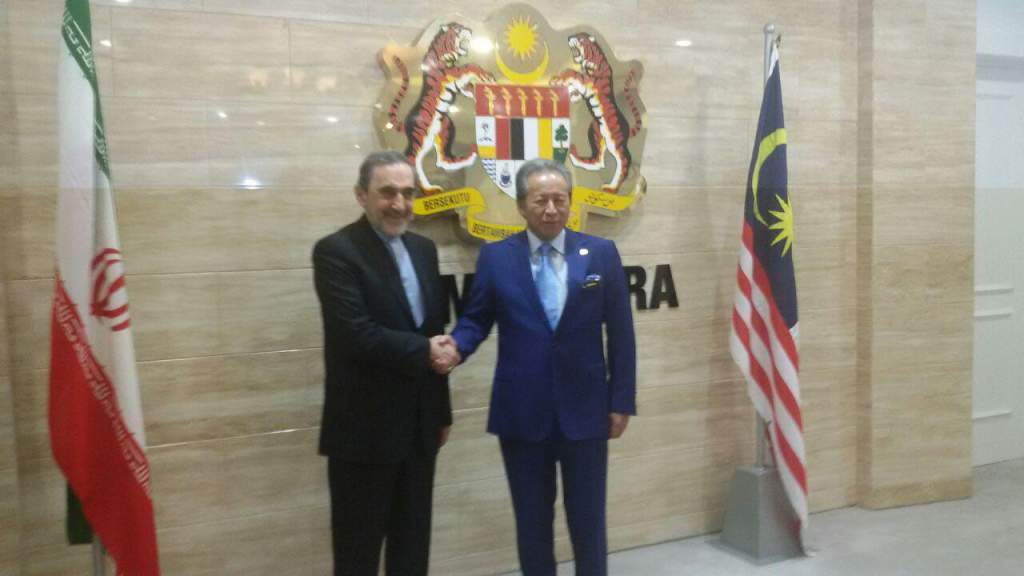 Supreme Leader’s advisor for international affairs of the Islamic Republic said that he came to Malaysia knowing it is an important and influential country:

Considering Iran and Malaysia as two important and influential countries they can cooperate in bilateral and multilateral fields parties, particularly West Asia.  The two countries can cooperate with each other more extensively.

Within the framework of his meetings and plan of actions in Singapore he said “countries of the region need to plan and work for improving relations and boosting transactions between each other and choosing valuable capacities for this purpose”.

” Extremism created many problems in the region and the Islamic Republic of Iran embarked on protecting Muslim countries and maintain security in the region like in Iraq and Syria based on demand of their legitimate government for confronting terrorist groups”, the Supreme Leader advisor pointed out. He added that views of the deviant current can trouble international peace and security, therefore Islamic Republic of Iran rejects the use of violence and military force for change of legitimate and elected government change. For this reason we supported the Turkish government since the beginning of the crisis.

Iran has vast experience in the field of counter-terrorism and there should be cooperation and consultation to combat this deviant ideas , Dr. Velayati explained.

The two countries should tap on cultural commonalities to boost cooperation and further relations with other countries in the region, Dr Velayati stated.

Malaysia Foreign Minister  welcomed and appreciated cooperation and development of relations in various areas including investment and economic activities.

He further stressed the need to achieve peace and security in the Muslim world. Countries in the region must cooperate to confront the extremist Takfiri groups.

It is noteworthy that Dr. Velayati visited Malaysia and Singapore at the invitation of the authorities of the two countries.