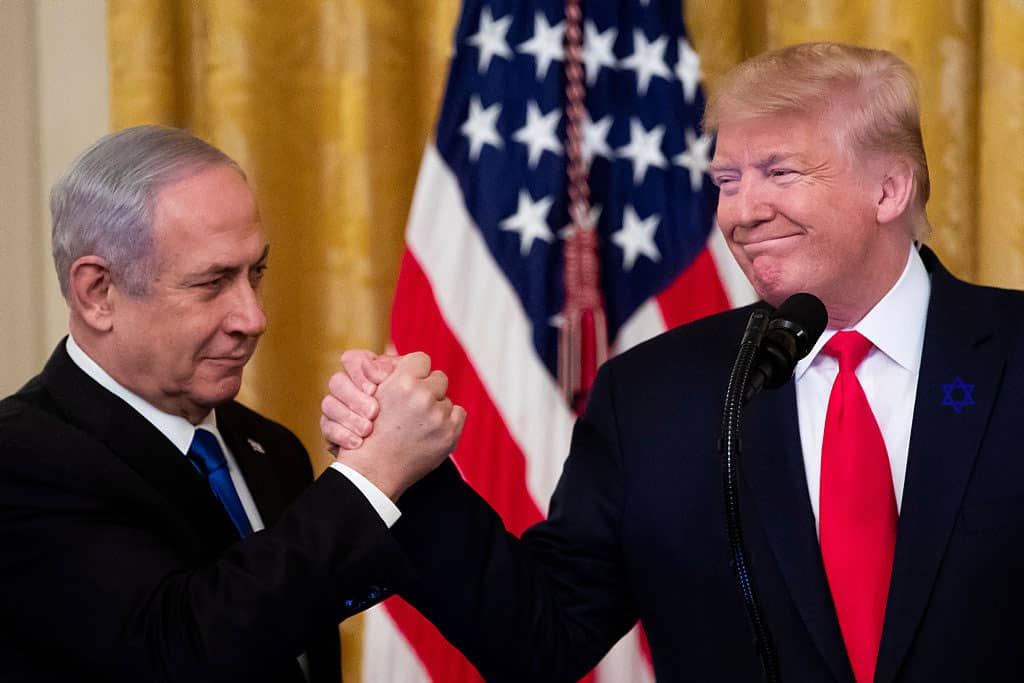 A prominent Jewish New York attorney and member of the American Jews for Trump organization says the GOP candidate for president, Donald J. Trump, will stay true to the support he has expressed for the State of Israel.

In an exclusive email interview with JewishPress.com, New York-based attorney Mark E. Langfan maintained Thursday evening that Trump will “stay 100% true to Israel even though 85% of the Jews will insanely vote for Hillary who will push Israel to national suicide.”

Langfan, a member of the American Jews for Trump, owns a commercial real estate agency in the Big Apple. But he is also well known for his topographical maps of Israel and his lectures on how the regional topography and local geopolitics impact on Israel’s security.

One of the litmus tests of an American president’s views on Israel is the issue of whether he is willing to move the U.S. Embassy in Tel Aviv to the Israeli capital city of Jerusalem.

Most presidents have vowed during their presidential campaigns to do so — but once in office, all have invoked their right to use the six-month “deferment” included in the original language of the promise to delay that move. They renew it every six months. Repeatedly, like clockwork.

Would Trump do the same? On this score, Langfan was more cautious: “He will have a ton of other emergencies because of the catastrophe Obama has left,” he said.

However, Langfan is certain that Trump “absolutely will not put any pressure on Israel” to give away land in Judea and Samaria as part of any ‘swap deal’ in order to reach a final status arrangement with the Palestinian Authority.

That is a view that does not seem to be shared by most American Jews, a fact Langfan himself acknowledged. Many believe that once in the process of trying to ‘make a deal’ between Israel and the Palestinian Authority, Trump may be inclined to force the Jewish State into even more concessions than it has yet had to give. In some cases, Israel has paid a price for those compromises in Jewish blood.

Trump will have to work hard to raise his credibility in the Jewish community if he is to win votes in that sector.

Nevertheless, Trump vowed in his acceptance speech Thursday night to maintain America’s strong bond with its “greatest ally in the region, Israel” at the Republican National Convention in Cleveland, Ohio.

It’s not a real surprise. The man he chose as his vice presidential pick, Indiana Governor Mike Pence, is a strong pro-Israel politician, with a long track record dating back to more than a decade as a member of Congress.

Pence told the crowd Wednesday night that “if the world knows nothing else, it will know this: America stands with Israel.”

About the Author: Hana Levi Julian is a Middle East news analyst with a degree in Mass Communication and Journalism from Southern Connecticut State University. A past columnist with The Jewish Press and senior editor at Arutz 7, Ms. Julian has written for Babble.com, Chabad.org and other media outlets, in addition to her years working in broadcast journalism.