Editor’s Note: My my, Uri digs down into the bedrock of the Zionist Tower of Babel, a people divided by religion, culture, and ethnicity who generally only like their own kind, but are presented as the world’s home for Jews. It’s not true of course. Israeli Jews would prefer the Diaspora send money, maybe visit from time to time, and then go home.

New people are always a pain in the behind, wanting to tell the oldsters what they have been doing wrong and how to fix the country. Not many are interested in doing that in Israel… running it yes, but fixing it no.

Uri and his Gush Shalom people certainly would fix it — by making peace with the Arabs and redirecting the ghastly, never-ending state of war situation into building a prosperous peacetime one. So far that has remained a mirage, and more so for the Palestinian natives and the old-time pre-Zionist Orthodox Jews.

But nobody can criticize Israel and its disparate people better than Uri, because he knows them inside and out. This piece was great fun to read. Enjoy, as I surely did… Jim W. Dean The State of Israel was still young when two famous comedians produced a short act. Two Arabs stand on the seashore and curse a boat carrying new Jewish immigrants.

Perhaps this is the story of all immigration countries, like the US, Australia, Canada et al. But in Israel, with a nationalist ideology that includes all Jews (and excludes all others) this is a bit odd.

The new Jewish community (called the Yishuv) in what was then Turkish Palestine was founded mainly by immigrants from Russia.

Before that, there was a small Jewish community consisting of ultra-Orthodox Jews from Eastern Europe and another small community of Sephardic Jews. These were descendants of Jews evicted from Spain (Sepharad in Hebrew) in the early 15th century. Many of them were quite rich since they owned the only valuable property in the country: land.

In the 1920s, a wave of Jews from the newly independent and anti-Semitic Poland filled the ranks of the Yishuv.

When my family came from Germany to Palestine in 1933 it was this Russian-Polish community they found here. The “Germans” were treated with contempt by the old-timers, who called them Jewkes – no one knows for sure where that came from – and were routinely cheated.

This was quite a reversal of roles: in Germany, it was the local Jews who treated the less-civilized immigrants from Poland and Russia – “Ost-Juden” – with contempt.

All this did not concern us, the children of that era. We did not want to be immigrants, and not Germans, Poles or Russians. We belonged to a new nation coming into being in this country. We spoke Hebrew, a very vivid language woken from the dead. We wanted to be farmers and pioneers.

We created a new ideal type, local, indigenous. He was nicknamed “Sabra”, the local cactus plant, prickly outside, sweet inside. This plant could be seen all over the country, though originally it was imported from Mexico.

Our idea was to get rid of all the attributes of the different Jewish communities and throw everybody into the melting pot, from which they would emerge as new-born Hebrews, a new race deeply rooted in the soil of this country.

On our 18th birthday, we rushed to the British District Officer in order to change our foreign names into Hebrew ones. Who wants to go through life with a German or Russian name?

By the end of the 1930s, the new terminology unconsciously adopted by everybody made a clear distinction between Jewish and Hebrew. We dreamed of a Hebrew State, joined the Hebrew underground, and spoke about Hebrew agriculture, Hebrew industry, and the future Hebrew army. Jews were abroad: the Jewish Diaspora (generally called the “Jewish Exile”), the Jewish religion, and the Jewish tradition.

This usage was natural or self-evident. We were busy building something completely new. We thought about the Diaspora Jews with condescension. Some tiny groups even preached a complete break with the Jews abroad and their history.

But the Sabras had no patience with all this ideological nonsense. Even the word “Zionism” became a synonym for nonsense – “don’t talk Zionism” meant stop uttering highfaluting phrases.

We were busily, and quite consciously, creating a new Hebrew culture – poetry, literature, dance, painting, theater, journalism, reflecting our new reality in our new homeland.

Then came the Holocaust. When its full monstrosity became undeniable, in 1944, a wave of remorse swept the Yishuv. But by then we were already busy with creating the “state in the making”.

When the State of Israel was officially declared, in the middle of the 1948 war, we were about 650,000 Jews in the country. Within a few years, we brought in hundreds of thousands, then millions, of new immigrants.

From where? A few hundred thousand were brought from the camps in Europe, where the pathetic remnants of the Holocaust were waiting. But the great majority came from Islamic countries, from Morocco to Iran. 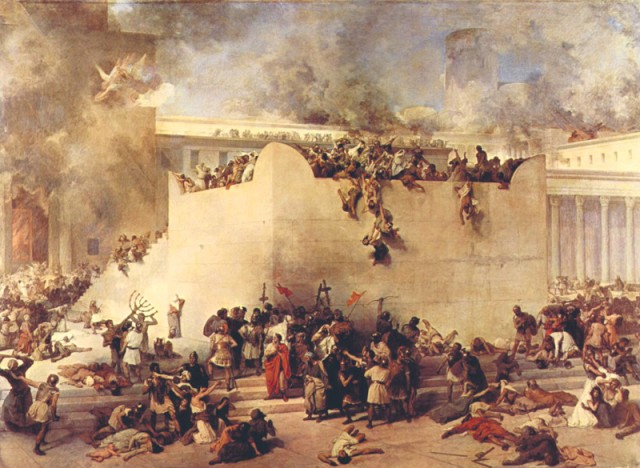 For us, they were all the same. Immigrants are to be thrown into the melting pot, to become wonderful people like us.

Almost no one paid attention to the huge change in the demographic composition of the Jewish people caused by the Holocaust. Before, Oriental Jews were a small minority among the Jews. After, they were a larger part by far. This was bound to change their consciousness.

A very few old-timers (myself included) warned that a new reality had to be faced. That the ideals imported from Europe did not really suit the Oriental immigrants. People like Ben-Gurion and his colleagues were unperturbed. They were sure that things would sort themselves out by themselves. Hadn’t they always done so before?

Well, they didn’t. The first generation of new immigrants from the “East” (actually, Morocco is far to the west of us) was busy just making a living. They also venerated Ben-Gurion. But the second generation started to ask questions. The third is now in full rebellion.

The Zionist perception that all Jews are the same, with slight differences of language and skin color, is anachronistic. The “oriental” Jews show no inclination to being thrown into any melting pot. They are different in almost all respects.

The melting pot is broken. Oriental Jews (often falsely called Sephardic) are proud of their heritage. They rebel against European superiority. 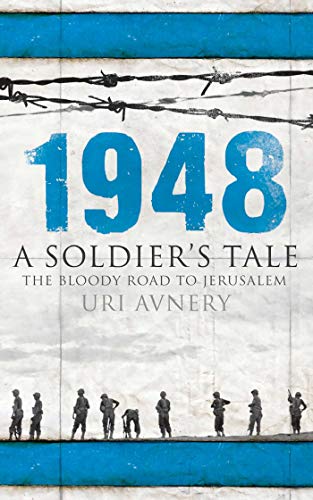 This fight now dominates Israeli life. No area of life is exempt from it. It is social, economic, cultural, political – often hidden behind a different facade, but there all the time.

This is a social problem. Since most Europeans had time to attain some economic status before the arrival of the Orientals, they are as a rule more affluent, They also are installed in most key economic positions. The Orientals feel exploited, discriminated against, and lower class.

Orientals are as a rule proud of being much more emotional, especially about national affairs. They accuse the Ashkenazim (from an old, disused Hebrew name for Germany) of being cold-blooded, and less patriotic. Those who had changed their names were determined to revert to their old Moroccan or Iraqi ones. Their adopted Hebrew names became suddenly symbols of Ashkenazi tyranny.

They also have very different attitudes towards religion. Inhabitants of Muslim countries are generally modestly religious, neither atheists nor fanatics. Jews from Islamic countries are the same. Few are very religious, but even fewer would call themselves “secular”.

Ashkenazim are quite different. True, the ultra-Orthodox, anti-Zionist “Haredim” (those who are “afraid” of God) are mostly Ashkenazim, as are the “Religious Zionists” who come close to fascism. But the large majority of Ashkenazim are “secular”, a polite way of saying, atheist. Almost all the founders of Zionism were radical atheists. Now the national-religious community in the country is rapidly gaining ground.

The tragedy of present-day Israel is not that there are so many divisions, but that they all converge in one large rift.

The grandson of an immigrant from Morocco probably belongs to a lower social and economic class, is moderately religious, and is a radical nationalist. That means that he is bitter against “the old elites” (who are mostly Ashkenazi), against the secular culture, and against the “leftists” (who for him are all degenerate Ashkenazim).

He is also a fan of certain Arab-hating football teams and a devotee of “oriental music” – a genre which is neither quite Arab nor quite Greek, but as remote from classical music as Teheran is from Vienna.

This means, in political terms, that this person almost certainly votes for Likud, irrespective of what the Likud does.

Ahkenzis can point out to him that the Likud conducts a policy that is the very opposite of his vital interests, a neo-liberal, anti-social policy that favors the very rich. He will not listen. He is bound to the Likud by a thousand bonds of sentiment and tradition.

The same is true for the other side. The Left (what is left of it) will remain the party of the Ashkenazim, as will Meretz. Their members constitute the “old Elite”, though they may depend on social security.

They will look down on the religion of all hues, listen to Beethoven (or pretend to), pay lip service to the “two-state solution” and curse Netanyahu – who, of course, is as Ashkenazi as can be.

The present rift between Europeans and Orientals is not the only one, because when the melting pot came crashing down, every part of Israeli society became autonomous.

The Arab sector of Israel – more than 20% – is practically separate. Arab citizens are represented in the Knesset, but this week the Knesset adopted a law that allows 90 (out of 120) members of the Knesset to expel any member. This is a direct threat to the deputies of the united Arab party, which now numbers 13 members.

The new immigrants from Russia (“new” means since 1989) live a life of their own, proud of their Russian culture, looking down on us primitives, despising religion, hating socialists of any hue, and – more than anyone else – hating Arabs with all their hearts. They have their own ultra-nationalist party, led by “Ivet” Lieberman.

And then there are the ultra-Orthodox, who do not belong, who hate Zionism and live in a world of their own, almost completely cut off.

For them, the religious Zionists are non-believers, condemned to roast in hell.

This is the array, more or less. All sectors used to be united by the army (except the Arabs and the Orthodox) which was a sacred institution – until an Oriental soldier called Elor Azarya saw a wounded Arab attacker lying on the ground and shot him point-blank in the head.

For the mass of Orientals, he is a national hero. For the army command and the mass of Europeans, he is an abomination. The split is becoming an abyss.

What can unite Israel now? Well, a good war, for example.