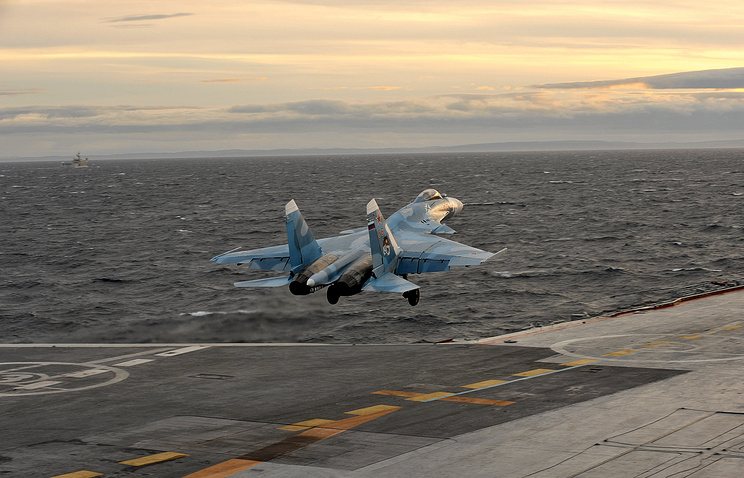 [ Editor’s Note: This is a very big clue that Russia is not about to put lots of money into future carriers without their being state of the art, and the electromagnetic catapults are an absolute must.

A failed mechanical catapult would render a carrier useless, as from a missile strike, minus the casualties.

To help fund the carrier cost, the Russians are squeezing more bang for their military buck by updating weapons systems wherever they can to avoid the delays and higher costs of ground up newly developed ones.

The latest example of that is the announcement that a naval version of the Tor antiaircraft missile system is being developed for ships that are due to be upgraded themselves, where the Tors will be ready by 2018-19, and at minimal development costs.

We will continue to see modular design and construction in all new Russian weapons systems wherever possible, so parts can be easily upgraded as the technology improves. This also allows Moscow to sell its weapons with higher profit margins, which help a great deal in continued R&D funding… Jim W. Dean ]

“The electromagnetic catapult development is under way, and a mockup has been made,” the source said.

According to the source, the prototype of the advanced catapult has been brought to the Central Aerohydrodynamic Institute. The catapult needs no big steam boilers and is powered by a battery.

As is known, the United States is working on an electromagnetic catapult too. The Electromagnetic Aircraft Launch System (EMALS) is essentially a linear induction motor with a number of coils generating a travelling magnetic field. The magnetic field accelerates the object. The EMALS has a 100,000-hp (73.5MW) motor affording the catapult-launched manned and unmanned aircraft a takeoff speed of 333 km/h.

Electromagnetic technologies offer a sizeable reduction in the catapult’s maintenance cost, an increase in its reliability and effectiveness, much higher launch power and more accurate control of the aircraft’s final acceleration speed during takeoff. In addition, the electromagnetic catapult allows smoother acceleration and less stress on the aircraft.