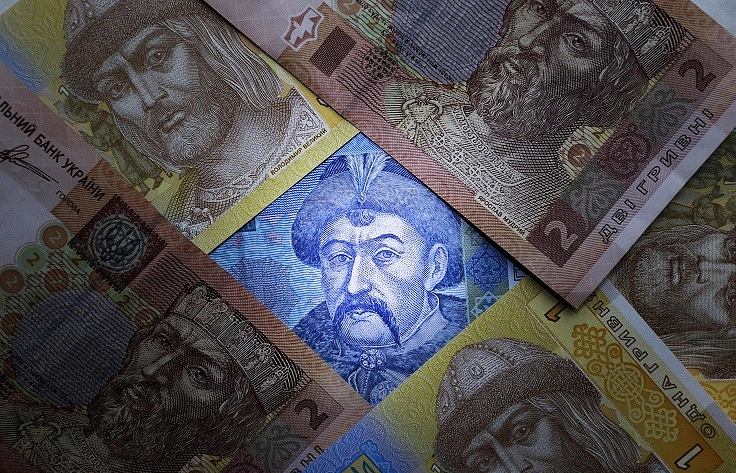 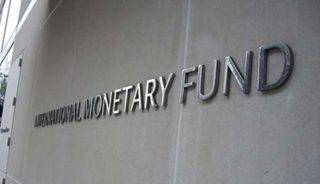 [ Editor’s Note: It comes as no surprise that Ukraine has no intention of repaying Russia’s $3 billion loan. But the IMF’s bending its rules to accommodate the action sets in concrete the confirmation of whose control of international financial institutions is being openly used as an offensive weapon in the New Cold War.

This only fuels the desire of those countries targeted to insulate themselves by creating their own regional development banks, international clearing mechanisms, and by doing more major trade deals in bartering formats and joint-banking arrangements. These accounts are settled between two parties by shifting balances around inside a bank that both own.

The banksters do not like this one bit, as it cuts them out of getting a piece of all of these deals via the banking fees and forcing countries to keep large balances under their control which can be frozen for some political reason, at will.

These targeted countries have their own “Bankster Pivot” going on, which the Western press has generally ignored. It puts Western diplomacy under the harsh spotlight that reveals it to be a game for gangsters, where no prisoners are taken, and the PR mavens are tasked with putting freedom and democracy wrapping paper over the whole sordid affair… Jim W. Dean ] 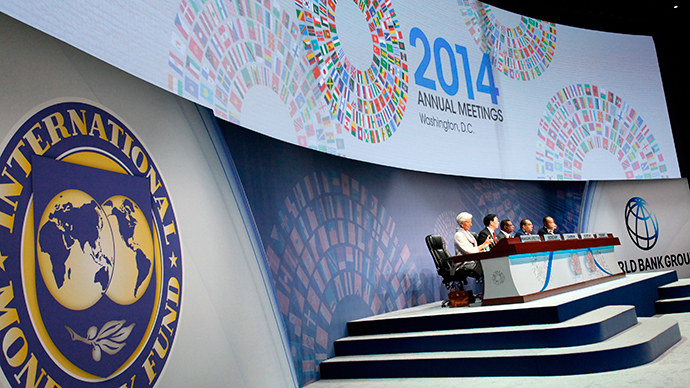 “I don’t see why Ukraine should repay this money,” he said in an interview with the Espresso television channel.

“It was a political loan we were forced to take,” he said, adding that another reason not to repay the debt is the developments around Crimea and Donbass.

In his words, Kiev will use these arguments in its litigation with Russia at London’s High Court.

The current Ukrainian authorities maintain that the loan was a kind of Moscow’s reward to former Ukrainian President Viktor Yanukovich for his refusal to sign the association agreement with the European Union. Back in February, Ukraine’s Foreign Minister Pavel Klimkin said his country’s position at the High Court in London will be that Ukraine’s debt to Russia was “a bribe both in terms of form and in terms of essence.”

In December 2013, Russian President Vladimir Putin and the then Ukrainian President Viktor Yanukovich reached an agreement that Moscow would extend a 15 billion U.S. dollar loan to Kiev through placing Ukrainian securities.

Under the deal, three-billion-U.S. dollar worth of bonds were listed on the Irish Stock Exchange on December 20, 2013 and bought by Russia from its National Welfare Fund.

Later on, Ukraine tried to challenge the loan’s status and reduce it to that of commercial credits subject to restructuring. Russia objected to this approach. However its suggestion that this loan be restructured under reliable Western guarantees was ignored.

In November 2015, Putin said Russia was ready to restructure Ukraine’s debt in case the United States, the European Union or any big international financial institute gave its guarantees to Russia. No guarantees were issued.

Meanwhile, the International Monetary Fund on December 8, 2015 lifted the ban on crediting countries with overdue sovereign debts. Russia voted against this decision, saying it is politicized. As a matter of fact, this step meant that the IMF could continue the implementation of its anti-crisis program for Ukraine even in the event Kiev falls into arrears with repayment of its debts to Russia.

However, on December 17, the International Monetary Fund confirmed the official status of Ukraine’s debt to Russia.

On December 18, 2015, Ukraine’s government imposed a moratorium on repayment of its debt to Russia. The then Prime Minister Arseniy Yatsenyuk said the step stemmed from Russia’s refusal to sign the restructuring agreement along with private creditors.

After the deadline for repayment of the Ukrainian debt expired on December 20, 2015, Russia’s finance ministry went to law to enforce repayment of this sum.

On February 17, 2016, Russia filed a lawsuit against Ukraine with the High Court in London demanding repayment of the debt.