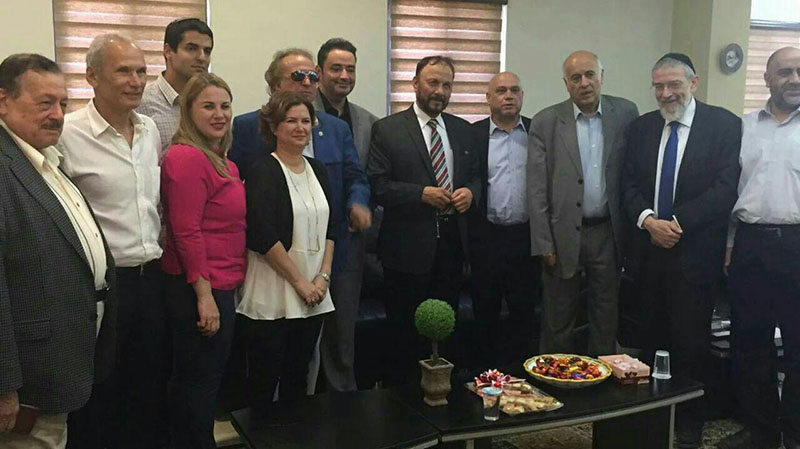 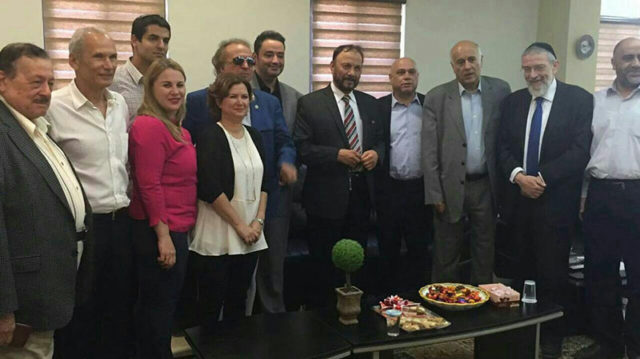 The newspaper pointed out that Eshki  who headed a delegation of Saudi academics and business people also met with a group of Knesset members to encourage dialogue in Israel on the Arab peace initiative.

Eshki had served in senior positions in the Saudi military and foreign ministry who is now a retired general. He currently heads the Saudi Institute for Strategic Studies.

According to “Haaretz” that the relationship between Eshki and the Saudi officials and the Palace is unclear. While this was not an official,  it was a highly unusual one, as Eshki couldn’t have travelled to Israel without approval from the Saudi government.

Eshki and Dore Gold held a publicized joint event at a Washington Research Institute in June 2015 within the , after meeting several times privately within academic frameworks .

The daily stated that the Saudi delegation went from Tel Aviv to Ramallah and met with Palestinian President Mahmoud Abbas and other senior government figures.

Haaretz pointed  that their meeting with the two Israeli officials – Gold and Mordechai – did not take place in a government office but rather at a Hotel in Jerusalem.

The Saudi former general and the delegates met with opposition Knesset members on Friday July 22. Members of Knesset proposed that Eshki invite them to a meeting in Saudi Arabia, for the development of relations between the two sides in order to encourage dialogue in Israel about the Arab Peace Initiative and to continue what late Egyptian president Anwar Sadat started. The newspaper continued.

During the meeting , the former Saudi general told members of the Knesset about his relationship with Dore Gold, noting that Israeli Foreign Ministry director-general wrote an anti-Saudi book over a decade ago titled “Hatred’s Kingdom”. Eshki told them that during one of their meetings Israeli Foreign Ministry director-general apologized for his accusations against Saudi Arabia, said that some of what he had written was wrong and stressed that he wants to strengthen relations between Saudi Arabia and Israel.