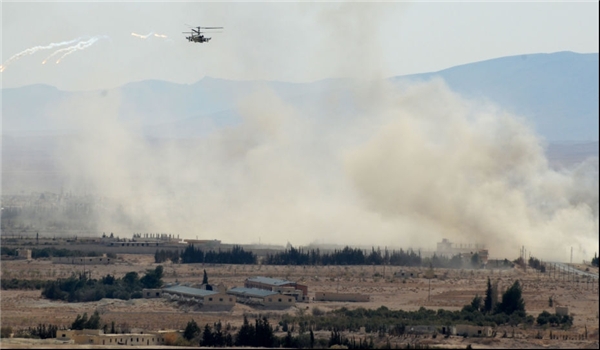 TEHRAN (FNA)- Resistance forces in Mosul revealed that the ISIL terrorist group is making surface-to-air missiles based on an Israeli model to target Iraqi, Syrian and coalition fighter jets.

According to the Arabic-language Sputnik news website, the plan includes equipping the ISL missiles with cameras similar to the systems used in Rafael Python-5 missiles produced by Israel which can be fired both from surface and air.

The resistance forces also said that the ISIL group which has been entrusted with implementing the plan includes Iraqi and foreign members headed by Nineveh governor called al-Seidali who have equipped and armed the missiles in a region in Wadi al-Akab in Western Mosul and then fled to Raqqa in Syria.

They added that the ISIL group’s activity is not limited to the equipment and enhancement of the missiles; “it also produces the chemical materials used in the bombs and mortars, including poisonous gases like chlorine and mustard gas, which were earlier discovered by the Iraqi and Kurdish forces near Mosul and al-Anbar province.

By implementing the plan, the ISIL seeks to equip the missiles with tracking, tracing and controlling systems which include special electronic circuits and a micro computer chip that receives and processes the information and gives digital orders to the control circuit in the engine impellers through 5-volt micro computer chip.

Based on the information gained by the resistance forces, the ISIL uses Sony cameras to equip its missiles.

The reports came after evidence indicated in July 2014 that Japan’s electronics giant, Sony, had assisted Israel in its deadly offensive against the besieged Gaza Strip.

A piece of an Israeli rocket was discovered in Gaza showing that Sony Corporation has provided the Israel regime with cameras and high-tech control boards to equip its missiles.

A camera apparently manufactured by Sony was mounted on the rocket piece to help Israeli warplanes choose their targets in the Gaza Strip.