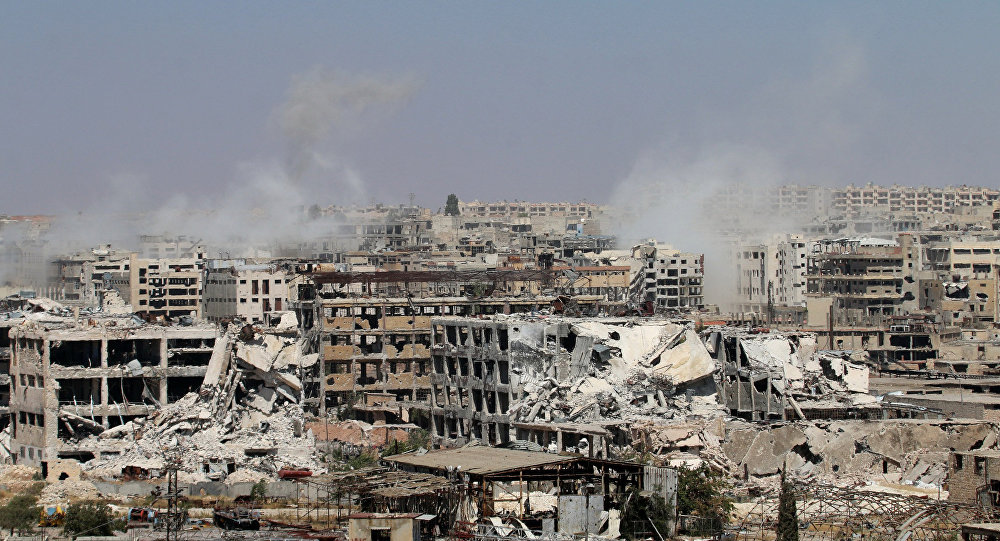 As the military commanders of the Syrian Arab Army (SAA) issue an ultimatum to the jihadist groups located in Syria’s largest city of Aleppo to lay down arms and leave the city, Russian media points out that the operation on the liberation of the settlement would have been long over if not for the US. 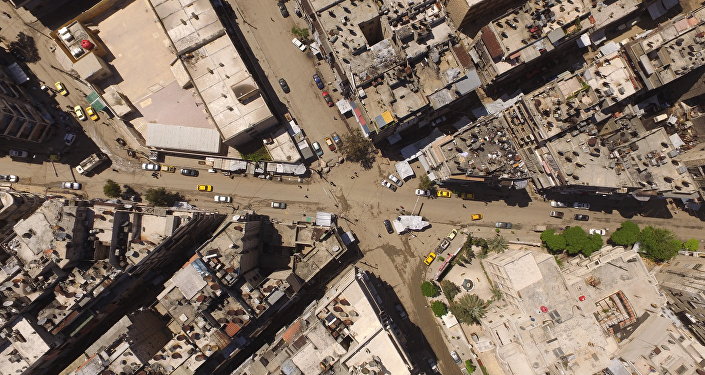 Russia and the Syrian government have launched a joint large-scale humanitarian relief operation in Aleppo, establishing three corridors for civilians and one for militants wishing to lay down arms, Russian Defense Minister Sergei Shoigu said on Thursday.

Meanwhile Russian online newspaper Vzglyad notesthat the operation on the liberation of Syria’s largest city would have been long over if not for one problem – namely the US.

On Tuesday, an unnamed source told Sputnik that the Syrian Arab Army (SAA) destroyed an al-Nusra Front command center located in the al-Zahraa neighborhood of Aleppo as Damascus-led forces were trying to take full control of the city.

“Dozens of militants inside the headquarters were killed” in the operation, the source added. An SAA tank has also managed “to cut off al-Nusra Front’s supply route and destroy a heavy artillery gun that was directed at Aleppo’s residential areas.”

The source then described al-Zahraa as the first line of defense in Aleppo’s northwest, adding that terrorists have tried to reach safe areas in the city through this neighborhood.

Meanwhile recent reports say that the 4th Armored Division of the SAA has taken under its full control the district of Al-Layramoun and has continued its offensive towards the Al-Barrad crossroad.

It means that the government troops are moving ever closer to imposing a military blockade on rebel suburbs in eastern Aleppo.

Formerly, the Castello road served as the last supply line to thousands of Islamist insurgents in Aleppo.

Vzglyad notes that the balance of military forces on the ground and the configuration of the front line show that neither al-Nusra nor any other jihadist units trapped in Aleppo are able to break out of the trap as their supply routes with other militants in the Anadan Valley or in Idlib have been fully cut off.

And if five-six days ago they were undertaking active attempts to counterattack in the central parts of the city, around its railway station, nowadays they have halted all of them.

Up to 200,000 residents remain in the districts still controlled by the jihadists. All of them could move to the government-controlled areas through a relatively small neutral district and a checkpoint in the center of the city.

The website notes that there are six-seven times more residents, not taking into account the refugees in western Aleppo which is under control of the legitimate government.

Regardless of the intensive military actions in the area, mobile communication is working well in the city and on Wednesday many residents in the jihadist-occupied districts got text messages from the government forces which guaranteed them a safe passage through the checkpoint.

After the exit of all civilians from eastern Aleppo, the government forces will be able to launch the final clean-up of the city from jihadists and other mercenaries.

However, the website says, it is not only local residents who are trapped in eastern Aleppo and its suburbs, but also the families of the jihadists, who would move to the government-controlled area only in the worst case.

The situation therefore requires a serious counterintelligence measure to filter the civil population: the jihadists have repeatedly tried to pass themselves off as refugees and tried to send their families into safe zones.

Meanwhile Russian Air Forces have kept striking the targets north of Aleppo in support of the offensive of the 4th Armored Division of the SAA and the Tiger Assault Forces, especially targeting the positions of the Fatah Halab group, which has deployed in a number of small settlements around the Castello road.

To be able to impose a military blockade on rebel suburbs in eastern Aleppo, the government forces are now advancing towards Shakif, Dahrat Abd Roubaud and the district of Beni Zaid.The area has many small buildings, which the jihadists have turned into their strongholds, thus the advance of the government forces critically depends on the artillery and air support.

The Kurds take an active part in the battles, but as their front is still limited, they are mostly forced to sit on the defensive, drawing in the attacks of al-Nusra and Fatah Halab.

Fatah Halab (which means in Arabic “Conquest of Aleppo”, or Aleppo Conquest) is not a unified organization but rather a virtual coalition of about fifty small and medium military factions of the so-called “moderate opposition” which formally united in 2015 as both an “anti-regime” and an “anti-Daesh” force.

The website notes that this group has seriously complicated the situation in Aleppo as they are being supported by the US, which from time to time demands the Russian Air Forces to halt the airstrikes on its allies.

Russia’s Defense Minister said on Tuesday that a fourth corridor for militants wishing to surrender was established in northern Aleppo because the United States failed to provide data on the separation between the al-Nusra Front, Fatah Halab and the Syrian Free Army.Fatah Halab includes at least 19 units which had previously claimed themselves as part of the Syrian Free Army – the main Pro-American creation designed to represent the “democratic opposition to President Assad.”

Yet another 31 group comprised in Fatah Halab could hardly be referred to as Liberals or Democrats. Many of them, along with being part of Fatah Halab, are also part of Ansar al-Sharia Salafist Islamist militia group and it is absolutely unclear how to separate these units from one another.

Al-Nusra formally is not part of Fatah Halab, but only formally, the website stresses. Fatah Halab field commanders just simply indicated to the US that they “have dissociated themselves from al-Nusra.”

In reality, the outlet says, al-Nusra and Fatah Halab are coordinating their operations in Aleppo and it’s simply impossible to identify which particular group is operating at a certain time. 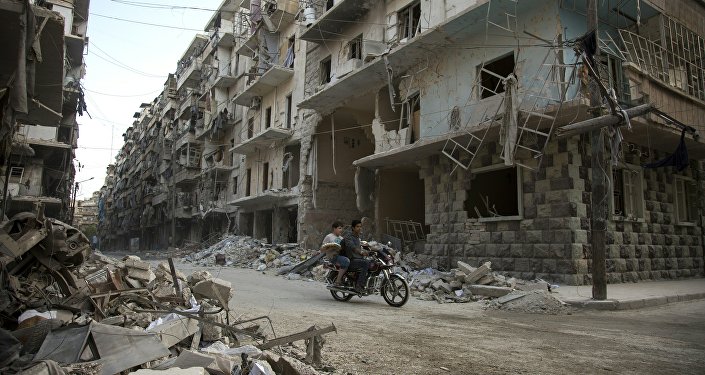 The US is either intentionally “playing games” with the local units, or really does not understand that it is being manipulated, the website says, adding that the latter is quite possible as the CIA and its army intelligence may really be unable to figure out what is happening on the ground.

The website says that due to the stereotypes of the US military, it is enough for the representatives of Fatah Halab to put on European clothes and say something in good English about democracy and free elections and the Americans immediately lose the ability to critically perceive the reality.

Hence there is little chance of being able to identify those deemed allies by the US and those regarded as jihadists, as all of these groups easily swap over and change the colors of their flags, as recently happened with al-Nusra.

The website says that it is a grave mistake to trust any side in such Middle Eastern games however the Western countries act as small children in unusual situations.

And it only remains to be seen what will happen when the government forces create a safe zone around Aleppo and start the clean-up of the jihadists both within the city and all the way further to the East, up to the Palestinian camps, the area, which the website defines as “the most cannibal zone behind the front line.”