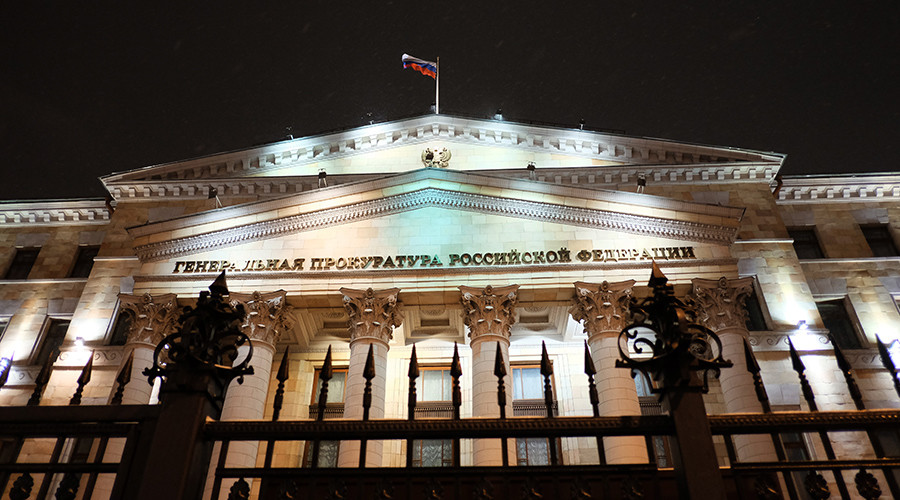 The Prosecutor General’s Office of Russian Federation on Petrovka Street, Moscow
–
Russian prosecutors have completed probes into thousands of cases against foreign citizens and decided to hand over 570 people suspected of committing serious crimes to the countries seeking their extradition.
–

“Decisions have been made to hand over 570 persons in total,” reads the address released by the Prosecutor General’s Office on Friday. The document also states that foreign countries have satisfied some of Russia’s extradition requests, but does not mention any particular details.

The same report reads that the agency had satisfied over 3,500 requests for legal aid, both from Russian citizens and foreigners.

Earlier in the day, Prosecutor General Yury Chaika proposed that any law enforcers who start illegal cases against businessmen should themselves face criminal responsibility.

“We are extremely concerned by the situation when law enforcement bodies use unfounded measures of criminal procedures to apply pressure to entrepreneurs,” Chaika said. He added that over recent years suspects in economic crimes are cleared of criminal charges even before the actual court process starts, yet none of officials and law enforcers involved in these unlawful probes and arrests are held to account.

In April this year, international auditing firm PricewaterhouseCoopers reported that, according to its estimates, economic crime in Russia had dropped 20 percent since 2014. The auditors said that this progress could be caused by anti-corruption measures and the enhanced role of internal audit within organizations.