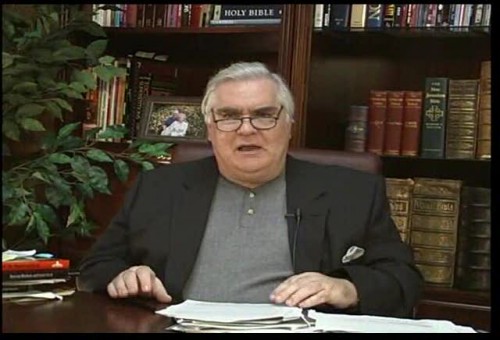 Texe Marrs was assistant professor of aerospace studies, teaching American defense policy, strategic weapons systems, and related subjects at the University of Texas at Austin for five years. He has also taught international affairs, political science, and psychology for two other universities. A graduate from Park College, Kansas City, Missouri, he earned his Master’s degree at North Carolina State University.

As a career USAF officer (now retired), Marrs commanded communications-electronics and engineering units. He holds a number of military decorations including the Vietnam Service Medal and Presidential Unit Citation, and has served in Germany, Italy, and throughout Asia. Marrs has written books for such major publishers as Simon & Schuster, John Wiley, Prentice Hall, McGraw-Hill, and Dow Jones-Irwin. His books have sold millions of copies. He is the author of books such as Careers With Robots, Careers in Computers: The High-tech Job Guide, How to Prepare for the Armed Forces Test, DNA Science and the Jewish Bloodline, etc.

Alexis: I am glad that you are approaching this issue not from a metaphysically racial basis but from the point of view of Rabbinic Judaism itself. Rabbinic Judaism, as we all know, provides the foundation for the state of Israel itself and indeed for the political ideology of movements such as Neoconservatism. This has been documented in numerous scholarly studies.[1]

So, we both agree that Rabbinic Judaism is a wicked ideology, and the “Jewish Utopia,”[2] as you put it, inexorably flows from that ideology. Other people over the centuries have talked about this “Jewish Utopia” in one way or another.

In a speech delivered at the B’nai B’rith in 1902, Solomon Ehrmann, a Viennese Jew, envisioned a future in which “all of mankind will have been jewified and joined in union with the B’nai B’rith.” When that happens, “not only the B’nai B’rith but all of Judaism will have fulfilled its task.”[3] According to historian Albert S. Lindemann of the University of California, for Ehrmann, “Jewification equaled enlightenment.”[4]

In similar vein, Baruch Levy, one of Karl Marx’s correspondents, declared that

“The Jewish people taken collectively shall be its own Messias…In this new organization of humanity, the sons of Israel now scattered over the whole surface of the globe…shall everywhere become the ruling element without opposition…

“The government of the nations forming the Universal or World-Republic shall all thus pass, without any effort, into Jewish hands thanks to the victory of the proletariat….Thus shall the promise of the Talmud be fulfilled, that, when the Messianic epoch shall have arrived, the Jews will control the wealth of all the nations of the earth.”[5]

That’s obviously what the Rothschilds and Goldman Sachs are doing. They are ripping people off through usury and covert activity. In fact, Goldman Sachs executive director and head of the firm’s United States equity derivatives business in Europe, the Middle East and Africa, Greg Smith, left Goldman Sachs for this very reason. Smith wrote of the company:

“What are three quick ways to become a leader? a) Execute on the firm’s ‘axes,’ which is Goldman-speak for persuading your clients to invest in the stocks or other products that we are trying to get rid of because they are not seen as having a lot of potential profit. b) ‘Hunt Elephants.’ In English: get your clients — some of whom are sophisticated, and some of whom aren’t — to trade whatever will bring the biggest profit to Goldman. Call me old-fashioned, but I don’t like selling my clients a product that is wrong for them. c) Find yourself sitting in a seat where your job is to trade any illiquid, opaque product with a three-letter acronym.

“Today, many of these leaders display a Goldman Sachs culture quotient of exactly zero percent. I attend derivatives sales meetings where not one single minute is spent asking questions about how we can help clients. It’s purely about how we can make the most possible money off of them. If you were an alien from Mars and sat in on one of these meetings, you would believe that a client’s success or progress was not part of the thought process at all.

“It makes me ill how callously people talk about ripping their clients off. Over the last 12 months I have seen five different managing directors refer to their own clients as ‘muppets,’ sometimes over internal e-mail…. the most common question I get from junior analysts about derivatives is, ‘How much money did we make off the client?’ It bothers me every time I hear it, because it is a clear reflection of what they are observing from their leaders about the way they should behave.”[6] 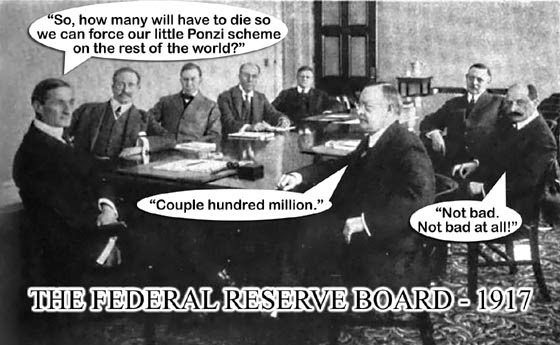 “In fact, the history of the recent financial crisis, which doubles as a history of the rapid decline and fall of the suddenly swindled dry American empire, reads like a Who’s Who of Goldman Sachs graduates.”[7]

One can say the same thing about oligarchs like George Soros, who helped destroy the Russian economy back in the 1990s.[8] Vladimir Putin must have been aware of Soros’ covert activities, for he kicked Dark Lord Soros out of Russia years later.

What’s your thought on all those issues? 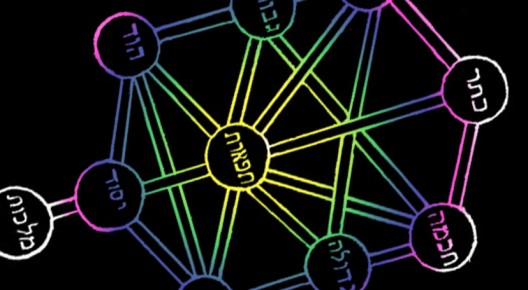 Marrs: First, about Goldman Sachs. I agree with Matt Taibi of Rolling Stone.  Goldman Sachs influence is everywhere. We find its control of politicians in every nation, including the United States, Great Britain, and China. Hillary Rodham Clinton, the Democratic nominee for president, benefitted from the oversize honoraria ($675,000) she was paid for three brief speeches she gave to Goldman Sachs executives.[9] Her husband, Bill, received $175,000 for one speech given Goldman Sachs.[10]

On the Republican Party side, Senator Ted Cruz, presidential candidate, admitted he had recently received a million dollar “loan” from the global bank.[11] His wife, Heidi, meanwhile, is employed as a wealth investment manager by Goldman Sachs.[12]

With Goldman’s hands in so many pocketbooks, the bank’s CEO, Lloyd Blankfein, was asked by a reporter for whom he worked. I’m “doing God’s work,” Blankfein responded.[13]

Which “God” might that be? Well, the immediate Jewish god, as I prove in my new book, Holy Serpent of the Jews, is Leviathan, the Serpent? Is that Lloyd Blankfein’s god?

It is important to understand that, as Baruch Levy told Kark Marx, “The Jewish people taken collectively shall be its own Messiah.” Judaism’s Kabbala explains that the Holy Serpent is the one who shall uplift the Jewish nation to godhood. That will be their attainment of the Jewish Utopia.  Then will come the Day of Purification, when the riches and treasures of the whole world shall be given to the Jews, and the Holy Serpent shall deal with the Gentiles. Gentiles who renounce their idols (Jesus and Mohammed are both considered “idols” by the Talmud and Kaballa) and agree to serve the Jewish Masters as slaves shall be spared. All others will be killed by beheading.

As for the Jews, as human gods, they will rule and reign on earth. The Holy Serpent who so generously rewarded the Jews will leave and go on to other stars and planets.

What about the supreme “God” of the Jews? Christian evangelicals and mainstream Christians, and no doubt most Moslems, Hindus, and others who believe that the Jews worship Jehovah, the Great I Am of the Old Testament, may be surprised to discover that Judaism’s Deity is called by yet another name.  He/she is Ein Sof, and Ein Sof is a mysterious “God” who has no emotion.

You cannot communicate with Ein Sof, nor pray to him/her.  But Ein Sof does have “emanations,” sparks of light emitted.[14] The Holy Serpent is one such light; there are many others.

In fact, according to the Kabbala, there are at least ten other emanations–gods and goddesses– whom the Jews, at various times, worship, adore, and even have sex with. There is Shekinah, a Mother Goddess type, Chokmah, a male god, and there is a daughter, Malkuth. There is even a masculine god named Hesod, the phallus.[15] That’s right, Herod is literally the phallus.

My book, Holy Serpent of the Jews, examines these many deities and quotes numerous rabbis as to their worship and veneration of them.

This strange set of deities in Judaism is reminiscent of the gods and goddesses of the ancient Mystery Religions, in Babylon, Greece, and Rome—Zeus, Athena, Hercules, Venus, Vulcan and so on.[16]

When a Jew speaks of “God,” one has to ask him or her to specify, which god?

Why do Jews have so many deities? Ultimately, these gods and goddesses are considered mere helpers, counselors, or guides. The supreme God behind them all, Ein Sof, is mysterious, ineffable, incommunicative. The Jew cannot pray to or petition Ein Sof.  As the late academic Israel Shahak notes in his classic book, Jewish History, Jewish Religion, Jews often become confused as to whom to pray to.[17] Some simply pray to Satan![18]

It should be said also that Jews often enjoy mental sex relations with these gods and goddesses.  Indeed, they believe that sex is what produces the cosmic energy which causes the universe to operate.

In reality, Judaism is one of the world’s greatest sex cults.[19] That is exactly what I prove in the pages of my recent book, Holy Serpent of the Jews.

[10] For further study on how much money the Clintons have accumulated over the years, see for example Simon Head, “The Clinton System,” NY York Review of Books, September 22, 2011.

[18] This should be no surprise. In fact, Freemasonry, which inexorably is an offspring of Judaism, is the worship of Satan. For an examination on this, see Jones, The Jewish Revolutionary Spirit, 539-550.

[19] If this seems bizarre, see Daniel Boyarin, Carnal Israel: Reading Sex in Talmudic Culture (Berkeley: University of California Press, 1995). This also is an explanation of why Jewish revolutionaries have flooded the cultural landscape with pornography. As Nathan Abrams himself puts it in his study The New Jew in Film: “Older generation of Jewish filmmakers and actors, here [Woody] Allen, [Stanley] Kubrick and [Ron] Jeremy, arguably not only increased the Jewishness of their work, but updated it to match the new post-1990 sensibility by defining it in increasingly sexualized (and pornographic) terms.” Nathan Abrams, The New Jew in Film: Exploring Jewishness and Judaism in Contemporary Cinema (New Brunswick: Rutgers University Press, 2012), 72.

Who’s behind COVID-19 pandemic: Are the chickens coming home to roost? 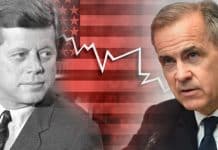