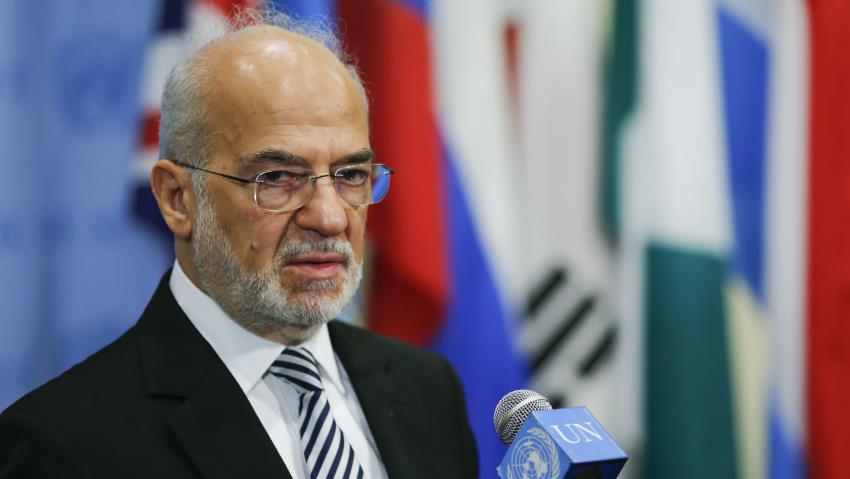 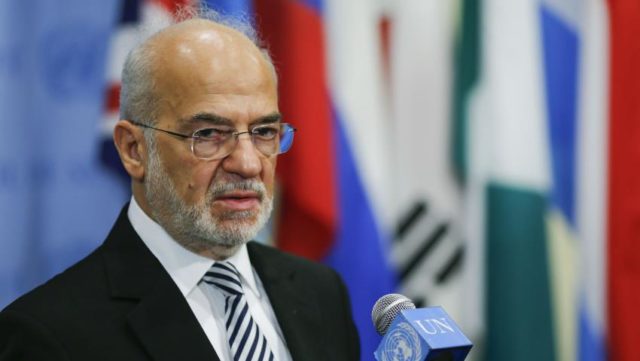 During his speech at the 27th Arab League summit which was held in the Mauritanian capital of Nouakchott, Dr. al-Jaafari discussed several topics, namely the Palestinian issue, Yemeni and Syrian crises ,tense security situation in Iraq and Turkish troops intruding into Iraqi territories.

Condemning Ankara for the breach of Iraq’s national sovereignty, al-Jaafari called on Arab capitals to pressure Ankara to withdraw its forces from Iraq. Al-Jaafari added that Turkish troops are still positioned in the Iraq’s northern territories despite Baghdad’s persistent demands from Ankara to return its troops from the Arab nation, emphasizing that Iraq does not need any foreign boots on its soil.

Iraqi foreign minister reiterated his country’s stance vis-à-vis the Palestinian nation’s struggle against the Zionist entity and the necessity to provide full support to the Palestinian people whose legitimate and inalienable rights have been violated. He pointed to the need to reopen the Palestinian dossier, giving the Palestinian issue its due importance which has been neglected because of current security situation in the Arab world.

Furthermore, Mr. al-Jaafari expressed his country’s fixed and clear stance regarding the Syrian national integrity and welfare and stressed on finding a peaceful solution for the ongoing bloodshed in Syria, helping Syrian parties to end 5-year conflict and violence at once and condemning any foreign intervention.

In the same context, al-Jaafari mentioned the Yemeni crisis and exhorted all sides to support a political solution and the formation of a national unity government that includes all spectrums of the Yemeni people. He also praised Kuwait’s efforts in hosting the negotiation talks to reach a solution to end the Yemeni crisis.

“The Iraqi government provided the tribes in the Saladin and Anbar provinces with arms and training alongside their comrades in the Iraqi army to resist the ISIS terrorist militants,” said Dr. al-Jaafari, stressing on Iraq’s need to international and Arab support.

The Iraqi foreign minister ended his speech by saying that Arab countries must put aside their differences and not to reopen old wounds and stand united to confront the vicious agenda concocted for the Middle-East which is enriched by natural resources and immense cultural heritage.