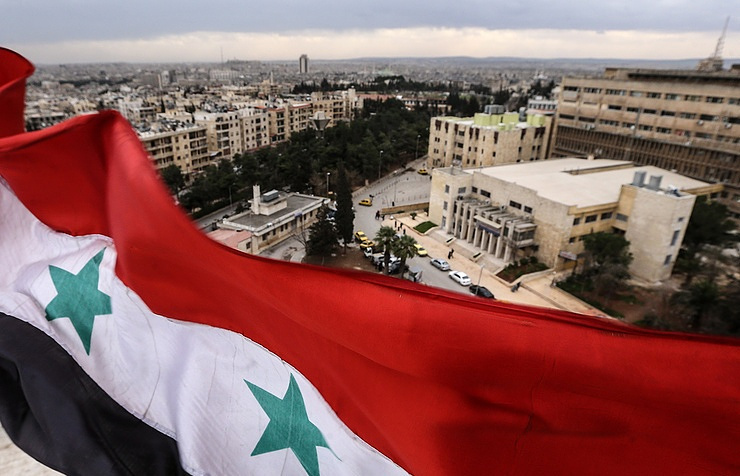 … from Jane Stillwater
–
[ Editor’s Note: I met Jane during the Syrian elections in June of 2014, when we were election monitors. On the big day, we were in separate cities, but we spent some social time together in Damascus.
–
She was a self-admitted old hippie, and a long time world traveler, the traveling light kind, and to some of the most out of the way places — an adventure grandma.
–
She has a very magnetic personality, so she was a magnet for drawing sources, having stayed a week longer than the rest of us did, where we traveled around more and picked up some lasting sources, including Aleppo.
–
That is why she is now able to deliver a first person report from Aleppo through a contact on the ground, a normal person just trying to survive it all, and who dreams of the day when it is finally over.
–
Please remember that ISIS’ friends have internet monitoring capabilities, and anyone sending out a message like this is risking their lives for being charged as a spy, and for which the penalties are severe. We wish both Jane and her friend godspeed, and may the angels watch over them both… Jim W. Dean ]
____________
More good news from Aleppo, Syria
–

My Syrian friend just sent me this new update from Aleppo — and as usual it reads like some Cold War CIA noir plot to destroy yet another democracy somewhere else in the world (as well as our democracy at home of course — but that goes without saying).Here’s the report:

“The news from Aleppo is really good, all about capturing that notorious district of Bani Zayd, where [US-supported terrorists] used to shell innocent civilians daily with mortars of their handmade rockets that we Syrians call Hell Cannons.  Video clips show the huge amount of shells that were kept in their storage that the terrorists were planning to use.  No more shells and bombs from that district.

“The eastern part of Aleppo city is under siege now, and [US-supported] terrorists are preventing civilians from leaving.  From one side the terrorists are using them as human shields; and from the other side they want civilians to suffer in front the mainstream media so they can blame it on the Syrian army and Assad.

Ch. 4 News and many other news outlets have already started to twist reality and show only all-propaganda news, where the real good guys are shown as the bad ones, and vice versa.  They are sympathizing with the terrorists and playing all the media games and tricks of claiming the [terrorists’] losses to be civilian losses, and ignoring any humanitarian accomplishments by the Russians and Syrians.”
_____________
ATTENTION READERS
Due to the nature of independent content, VT cannot guarantee content validity.
We ask you to Read Our Content Policy so a clear comprehension of VT's independent non-censored media is understood and given its proper place in the world of news, opinion and media.