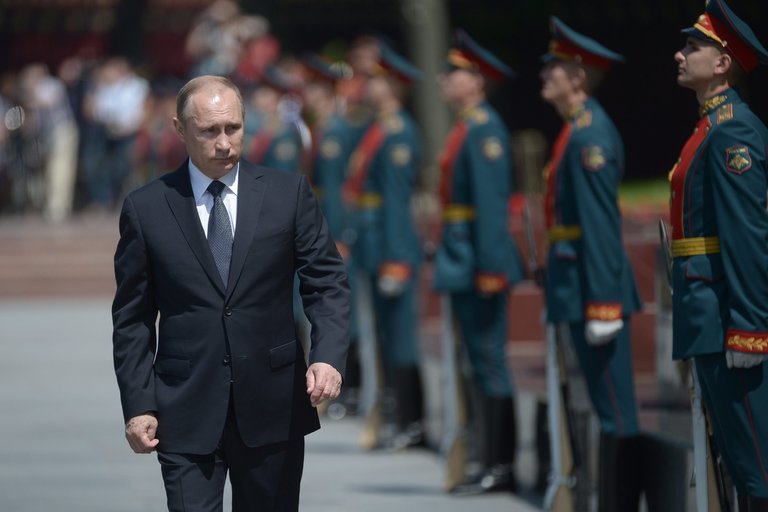 The sanctions part of that hustle was a financial attack on Europe to gobble up its mid-level industrial base by cutting off its exports to Russia, making it easy pickings for takeovers.

The US wanted the big TTIP trade agreement to make sure that EU citizens can never pass laws to protect themselves from these foreign acquisition plans, as treaties supersede national legislation.

That is where the big international crime networks are focusing attention now to make serfs of the rest of us. Trump could be in their way, or pretending to be, in the classic “let the fox into the hen house to guard it” scenario.

This of course should be something that all the big corporate news orgs should be competing with each other to expose, but they are owned by the powers actually involved in the serf domination scam. The same goes for the alleged “think tanks”, which I prefer to call “stink tanks”, as they also are owned and funded by the big time hoodlum class.

So we are left to foreign media that can still interview and publish gems, like Mr.Wolfe’s very interesting analysis. VT can then bring this to our readers to save them from duplicating the search, which few have time for; we struggle ourselves to do it seven days a week, but will continue to do so as long as we can… Jim W. Dean ] 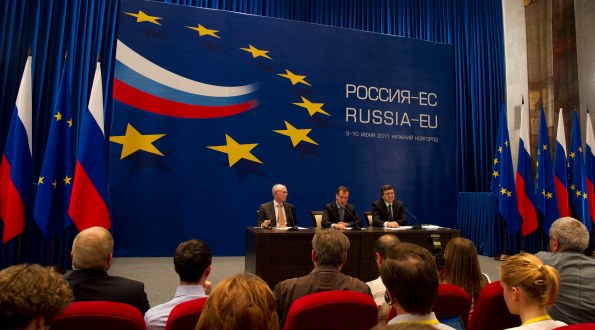 It is no coincidence that the introduction of anti-Russian sanctions coincided with a period of active lobbying by Washington of its trade agreement with the EU (TTIP) which clearly plays into the hands of the US geopolitical interests, as an EU alliance with Russia would be disastrous to it, according to a German financial expert.

“The US is really worried that the EU will team up with Russia and China. That would be an apocalyptic scenario for Washington, thus it is doing its best to isolate Russia and China on the world market as much as possible. Don’t forget that Europe to a large extent is dependent on Russian oil and gas, and the US financial system doesn’t like that,” journalist and financial expert Ernst Wolff said in an interview with Sputnik Deutschland.

He further noted that the EU has introduced punitive anti-Russian measures on the order of the US.

“The EU is the US’ largest competitor, thus Washington doesn’t miss a chance to weaken the block. The Ukrainian conflict could not have come at a better time. The US has used this opportunity to drive a wedge between the EU and Russia,” the expert said.

He explained that the anti-Russian sanctions has seriously weakened the positions of German  small- and medium-sized businesses and manufacturers, which face financial difficulties and are easily being swallowed up by transnational corporations.

“Over 6,000 German companies are trading with Russia, and many of them are now experiencing difficulties, and this is exactly what the sanctions were aimed at,” Wolff said.

The majority are medium-sized businesses, he said, and when these businesses experience hardships, large players enter into the market which eagerly swallow up these companies.

Most of the [proprietors of the] companies belong to the middle class. When such enterprises experience difficulties, there are always bigger players which like to buy them,” Wolff said.

German machine manufacturers seriously depend on the Russian market. The sanctions are hitting them badly and might trigger their collapse which will finally result in the sale of a company.

European companies, and German businesses in particular, will continue counting their losses after the extension of the anti-Russian measures until January 2017.  Wolff noted that for the medium-sized business alone, the damage amounts to billions of euros.

The German financial expert also noted that it is not a coincidence that the introduction of anti-Russian sanctions coincided with a period of active lobbying by Washington of its Transatlantic Trade and Investment Partnership (TTIP).

“TTIP clearly plays into the hands of the US geopolitical interests and American capital. If the US employment and labor law is introduced in European companies, this will bring the US one step closer towards US global dominance,” the expert said.

However on the other hand, he said, the Americans are now experiencing serious difficulties. They are the largest economy in the world, but one which is currently in the middle of a crisis. Thus they use destabilization as a tool to weaken their competitors in the world market. And sanctions should be regarded as one of these tools, he said.

In a separate comment on the issue, German Foreign Minister Frank-Walter Steinmeier urged not to expect an apocalyptic scenario in the relationship with Russia.

“European security can’t be ensured without Russia, and certainly not through confrontation with Russia,” the top diplomat said in an interview with Rhein Neckar Zeitung newspaper. “Regardless of all the existing difficulties we should leave the door open for the improvement of ties with Moscow,” he said.

“It won’t work to regard the relations between Russia and NATO as a confrontation and at the same time seek cooperation with Moscow in Syria, Libya or Iran,” Steinmeier said, urging to find a position that would incorporate, on the one hand, all the discrepancies and the need for cooperation, on the other.