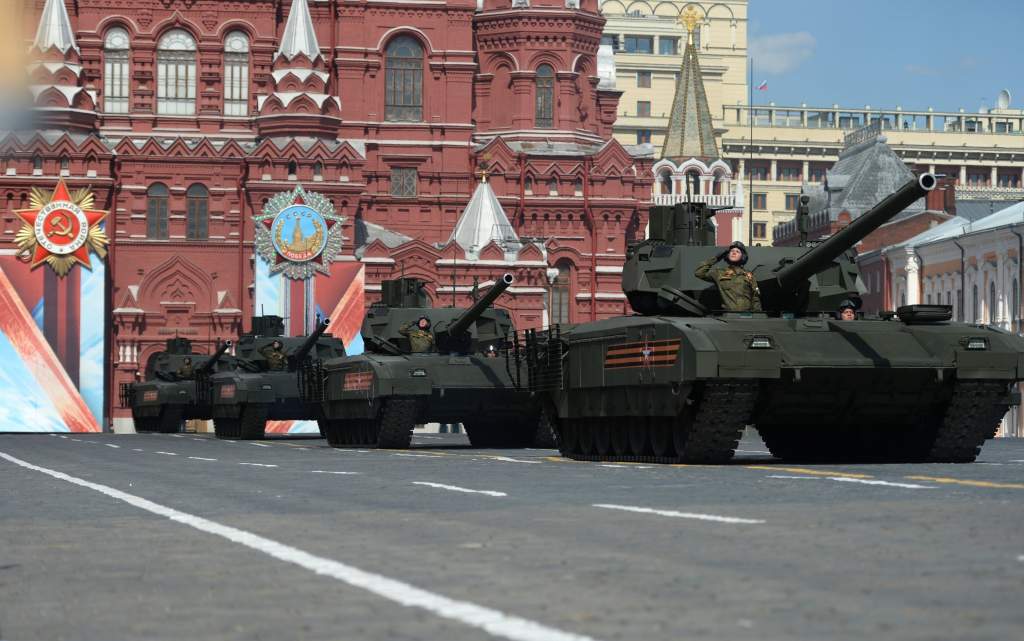 Russia’s new “super tank,” the T-14 Armata, appears to be well-protected against one of the most commonly used anti-tank missiles in the world, the “stalwart” US-made BGM-71 TOW, defense analyst Sebastien Roblin wrote for the National Interest, but there is a twist.

The expert compared Armata’s defensive capabilities with technical characteristics of two TOW variants, 2A and 2B. The first uses a wire-guidance system that allows the operator to correct the course of the missile while it is in the air.

“The wire-guidance system has the advantage of being immune to most forms of jamming. However, it requires the firer to remain in place, aiming the missile for its entire flight time until it hits the target. Countermeasures that make the target hard to see – such as plain old-fashioned smoke – can mess up the firer’s aim,” he explained.

The TOW-2A’s chances to hurt Russia’s new generation main battle tank (MBT) are slim. The tank has the Afganit Active Protection System that is capable of misdirecting missiles via its soft kill capabilities or shooting down missiles if the former does not work.

“Against a wire-guided system, the T-14’s soft kill system will work if the Armata’s radars are effective and the crew is quick enough to move the tank to a new position while the missile is in flight. The active-kill system, however, might have a good chance of taking out the missile if it’s as good as it’s cracked up to be,” the expert noted.

If the Afganit system fails to protect the Armata, the T-14 has the Relikt Explosive Reactive Armor (ERA) which will complicate matters for the TOW-2A even further. In total, Roblin concluded that several TOW-2A missiles will have to be launched so that one of them could penetrate the tank’s armor.

Armata apparently does not have to worry about the wire-guided TOW-2A, but the top-attack TOW-2B that employs wireless-guidance using a stealth frequency is a different story.The TOW-2B is capable of penetrating the tank’s top armor, disabling its unmanned turret and negating its offensive capabilities because the Afganit system is not meant to protect the MBT from this type of attack. In addition, the Relikt ERA does not provide sufficient protection against top-attack missiles.

Nevertheless, the tank’s crew will not be affected by the TOW-2B strike even if it is successful and will most likely leave the battlefield intact.

“In the end, the T-14 appears to boast some decent defenses against the TOW, particularly the TOW-2A, but how well they will work in combat is a question even the American and Russian manufacturers can only guess at,” Roblin observed.

© SPUTNIK/ GRIGORIY SISOEV
A T-14 tank on the Armata tracked platform seen here on Red Square, Moscow during the final practice of the military parade marking the 71st anniversary of the victory in the Great Patriotic War

The T-14 Armata was unveiled at the May 9 Victory Day military parade in Moscow in 2015. The main battle tank is operated by a crew of three, housed in an armored capsule at the front. Its main armaments include a 125-mm smoothbore 2A82-1M tank cannon with 45 rounds, a 7.62-mm remote-control PKTM machine gun and a 12.7 mm (0.50 in) Kord machine gun.

The Russian Defense Ministry plans to purchase as many as 2,300 Armata tanks by 2020.