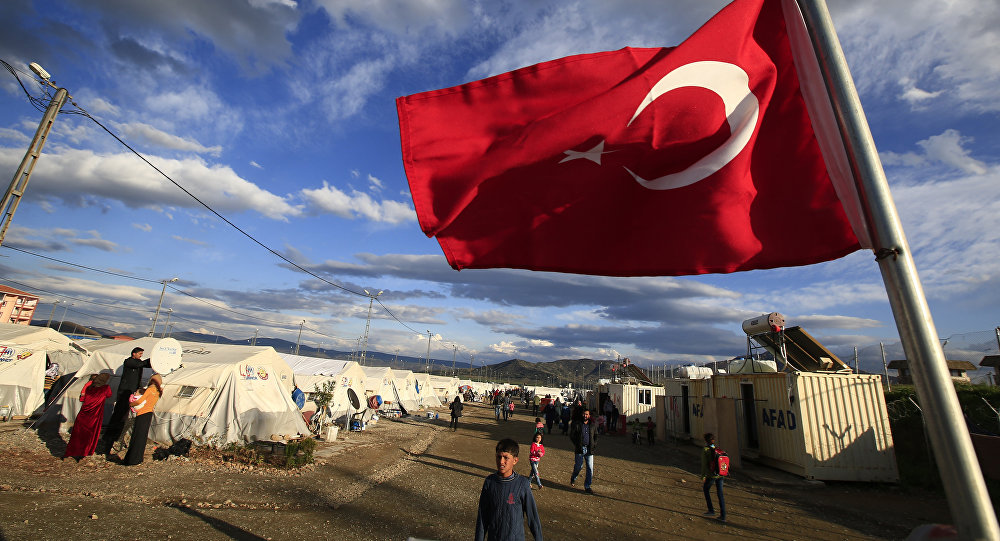 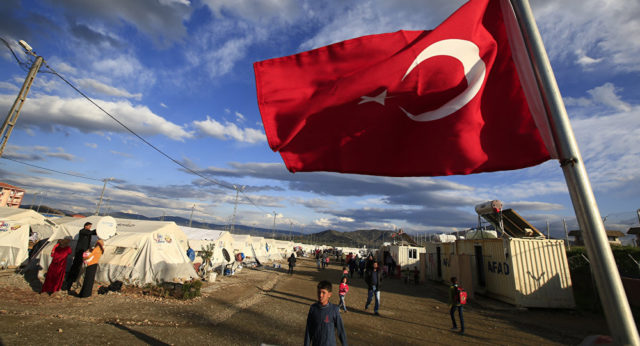 [ Editor’s Note: The Syrian refugee whipping boy continues to be kicked around. Erdogan, anticipating that the EU is not going to grant the free visa regime, wants to bring that to a head while his post coup popularity is high, as he has his opposition with him now on the post-coup measures being taken.

The EU has failed its citizens once again, as the best way to solve the refugee crisis has always been to politically push for a settlement for the wars in Syria and Iraq, by going after who is really responsible for them, which it will not do, as that involves multiple Western Intelligence agencies, Israel, and several key Gulf States.

It seems that those countries’ interests have priority over EU citizens’. As Gordon Duff would say, “Welcome to the real world.”

I fear that bringing the visa regime dispute to a head is just step one of a number that Erdogan is getting ready to take, major changes, which are all dangerous. Negotiating such things usually doesn’t devolve into playing a game of chicken of blind man’s bluff. We expect more mature behavior from mature states. Does he really have the goods on them to be able to blackmail them on the visa regime?

The only rationale for Erdogan’s doing that is his feeling he is facing something else that is even more dangerous, which would be that the US and NATO were involved in the coup and he wants them to pay for it publicly, but in steps.

That would have to involve some major foreign policy changes, or feints at such, to bring these parties to the negotiation table in a weaker position, or so Erdogan feels. One thing we are sure of is that he is going to cleanse Turkey of any Gulen organization influence, and that will take trials with hard evidence being exposed.

Because the Gulen organization is worldwide, one could assume what it was doing in Turkey it could also be doing in the other countries where it operates. And the last question there is whom has Gulen been working with to avoid prosecution for these activities for a long time? It would have to be a very powerful patron or patrons. We are going to learn a lot more about this by the end of the year… Jim W. Dean ]

The Turkish Foreign Ministry demands that the European Union provide immediate Visa-free entry throughout the Eurozone or Ankara will back away from a deal to stem the flow of migrants.

On Sunday, Foreign Minister Mevlut Cavusoglu told German daily newspaper Frankfurther Allgemeine Zeitung (FAZ) that “if there is no visa liberalization, we will be forced to distance ourselves from the (migrant) readmission agreement.”

The Minister also required the European Union to provide a set time for visa-free entry saying that “it can be the beginning or the middle of October, but we expect a firm date.”

The agreement for Turkey to take in as many as 1 million additional Syrian refugees in return for substantial financial compensation and a fast-track approach to the country’s accession into the European Union has long rested on the issue of Visa-Free travel for Turkish citizens.

Conditions on the ground have fundamentally changed since the agreement was first penned on March 18 at the behest of German Chancellor Angela Merkel, herself under siege by domestic opposition to her “open door” policy that has seen some 2 million war refugees flood into the country.

Since the agreement, Turkey has faced a number of major security incidents including the terror attack at Istanbul’s Ataturk International Airport and the failed coup attempt of July 15.

Europe’s mood towards cooperation with Turkey, which was already a good deal wanting, has all but collapsed in the wake of the post-coup purge that has seen over 60,000 soldiers, police officers, teachers, and judges forced to resign from their positions.

Additionally, some 18,000 individuals have been arrested in the aftermath of the coup and have been forced to reside in prison conditions that have raised alarms for international human rights groups.

The situation between the West and Ankara has further devolved in recent weeks with the Erdogan regime bombarding the United States and NATO forces with repeated claims that they aided and abetted purported coup leader US-based Turkish cleric Fethullah Gulen.

The original deal also faced considerable scorn from the human rights community in that it calls for Europe to keep those refugees who can provide in a skilled-labor economy while relegating migrants lacking specialized training to questionable conditions in Turkish camps with sporadic reports that Ankara has forced hundreds of refugees back to Syria to die.

At the time of the agreement, former British Prime Minister David Cameron scoffed at the notion that Turkish residents would receive visa-free travel and EU membership asserting that they would not be prepared to be a part of the European Union for at least another thousand years.

In the wake of the coup, the security situation inside of Turkey is such that the cost-benefit for Europe of admitting Turkish residents without a visa requirement has fundamentally shifted with the EU bound to worry whether opening their border to Ankara may, in fact, increase the threat of terror.