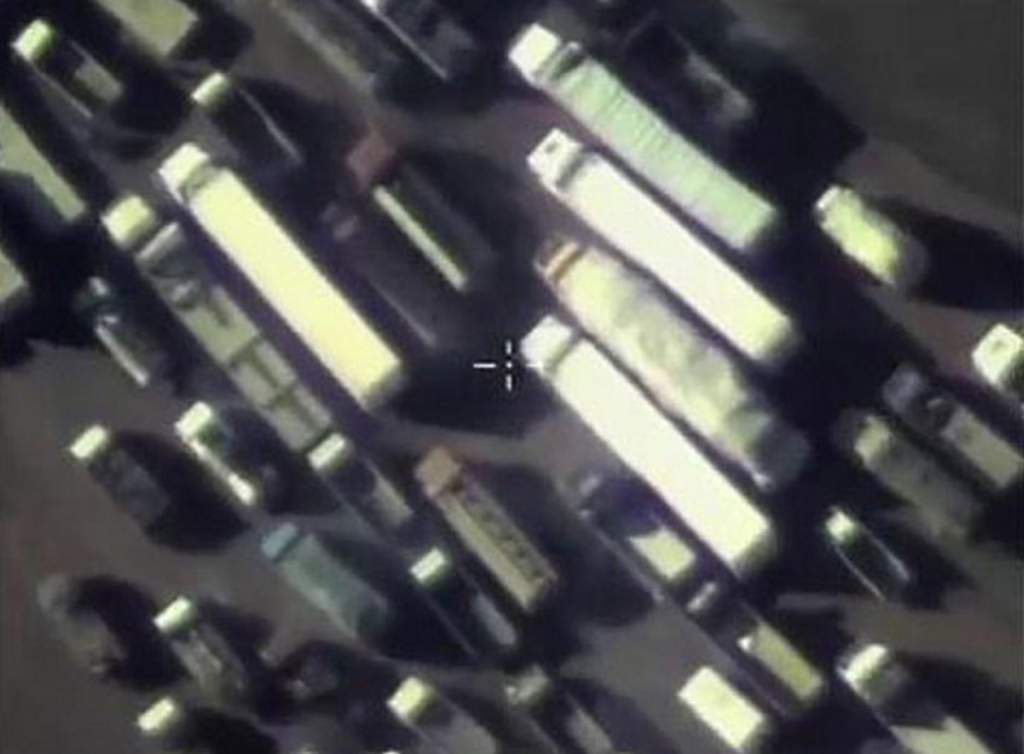 Editor’s note:  Months ago, when a 12,000 truck oil convoy delivering crude through Kurdish controlled territory, past an illegal Turkish base inside Iraq and into Turkey itself came under attack by Russian aerospace forces, the world pretended nothing happened.  Now the assholes protecting the ISIS trucks, yes the Turkish army does that, have caught a nasty bug and are going to have to burn their undies.

Could the problem be too much diesel exhaust?

Dysentery and stomachache breaks out inside a Turkish military camp north of Mosul, according to health officials at Shekhan hospital in Kurdistan Region’s Duhok province.

The camp is home to Turkish soldiers and members of the Sunni militia of Hashd al-Watani. More than 100 personnel have been affected by the sudden infection. Most of them Turkish soldiers.

The Sunni Hashd were admitted to Shekhan hospital in Duhok province.

A second soldier complained: “The training was very hard for us. The temperature is also very hot.”

Chair Khidir, doctor at Shekhan hospital says many Turkish soldiers were affected too but they were not brought to his hospital. “I visited the military camp. They had dysentery and stomachache. About 60 Turkish soldiers and 40 members of the Hashd.”

The camp was set up by the Turkish military late last year to train members of the Sunni militia for their participation in the offensive against the Islamic State (ISIS) in Mosul.  (This is the cover story that nobody believes though they love telling it.)