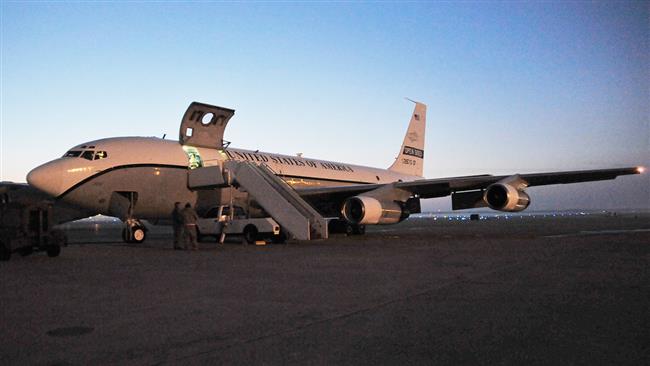 The Pentagon says a US military aircraft has had an emergency landing in a Russian airstrip near the Chinese border because of landing gear malfunction.

The incident occurred on Wednesday when the landing gear of OC-135B observation aircraft did not retract after it took off from a Russian airfield at Ulan Ude, in the Republic of Buryatia, for a scheduled observation flight, CNN reported on Friday.

The aircraft, which had also Russian crew, later flew on to Japan to be repaired.

Pentagon spokeswoman Michelle Baldanza told CNN that the US commander, in cooperation with the Russian escort crew on board diverted the aircraft to Khabarovsk “so the aircraft could exit Russia in the most direct route possible.”

“Due to aircraft performance limitations associated with summer temperatures and the landing gear malfunction, the Khabarovsk runway represented the only safe location to land,” he added.

According to the report, the Russian airfield is not normally used under the Open Skies Treaty for US aircraft to exit out of Russia.

Under the treaty, both the US and Russia are allowed to fly unarmed observation aircraft over each other’s territory.

The Pentagon said the plane was not on a spy mission because all portions of the flight and sensor equipment on board are open to the Russians to observe.

The Russian crew also confirmed that no imagery was collected during the flight.

Back in April, Russia intercepted a US Air Force reconnaissance plane over the Baltic Sea, in a move that was described by the Pentagon as“unsafe and unprofessional.”

It claimed that the surveillance plane was flying in international airspace when the Russian jet approached it.

Moscow, however, defended the interception, saying the American jet had turned off its transponder signal which helps others identify it.

Political tensions between Washington and Moscow are high as they support opposite sides of the five-year-old conflict in Syria.

Since September 30, 2015, Russia has been conducting airstrikes against Daesh and other terrorist groups in Syria at the Syrian government’s request.

The US and its allies have also been carrying out airstrikes in Syria purportedly against Daesh positions since September 2014. According to a Washington Post report, the Obama administration is now looking to partner with Moscow in the fight against terrorists.