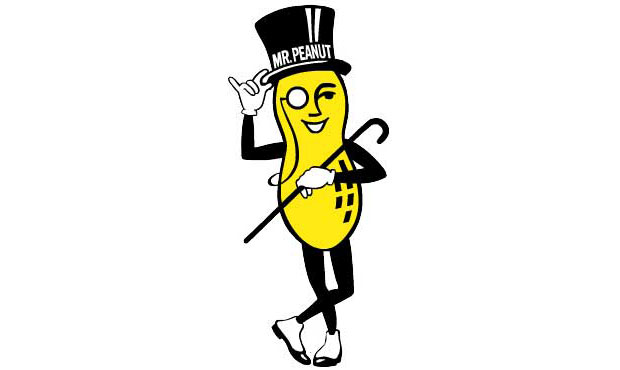 More and more evidence is coming in from the behavior of Donald Trump and the opinions of expert observers that he really is nuts.   It seems like Republicans, media commentators, and even psychiatrists have been unwilling to utter the “mentally disturbed” or “mentally ill” designation.  They have sought to explain Trump’s angry outbursts, erratic behavior, continual lying, confusion about facts, and bullying tactics as due to his narcissistic personality.  They have excused his aggressiveness and lack of empathy for others as examples of his hard-nosed business deal tactics.  Some have even suggested he has engaged in self-sabotaging tactics because he really doesn’t want to win and have to govern.

But more and more, it seems hard to deny.  As Daniel Dale of the Washington Bureau of Toronto Star wrote in an article Is Donald Trump OK? Erratic behavior raises mental health questions,” Trump is really not of “sound mind,” citing a previous comment by conservative Stephen Hayes in theWeekly Standard.  Dale also suggested that Michael Bloomberg was alluding to Trump’s mental illness when he made this comment in supporting Hillary Clinton: “Let’s elect a sane, competent person.”https://www.thestar.com/news/world/2016/07/31/is-donald-trump-ok-erratic-behaviour-raises-mental-health-questions.html

This crazy behavior by Trump is on the world stage for all to see.  For example, in an interview with George Stephanopoulos, he rambled on about how Russia wasn’t going to go into the Ukraine, when it had two years before, leading to combat between Ukraine and Russia. When asked about the U.S. response to ISIS, he wandered off the subject and talked whether people in the room were good looking.  He ranted about how he was no longer friends with Bloomberg and wanted to hit some of the speakers at the Democratic convention very hard.  And most famously, he insulted Khan and his wife by comparing his “sacrifices” in building buildings with their loss of their son

I could go on and on with more examples, but these are not the behaviors of someone who is rational.  These are more like the actions and statements of someone with early stage dementia or Alzheimer’s, which are characterized by someone becoming forgetful and increasingly irritable and angry, as they feel themselves losing control.  Experts and the general public have generally concluded that he is a narcissist and sociopath, since he has exhibited all the signs associated with these mental and social disorders.  Among them are being full of himself, blaming others, not accepting responsibility, thinking he is great and the center of everything, demanding attention, not caring about others, and so on.

But now Trump’s behavior goes beyond those traits, as much as Republicans Party members and his loyal Trumpateer followers have been unwilling to see what is increasingly in plain site – like a lurking Pokemon monster.  You just need to turn on the program and look in the right direction to see the monster coming closer and closer.

Now, even many Republicans, as well as Democrats, are coming to accept this diagnosis.  For instance, Senator Daylin Leach observed: “I think Hillary has to position herself frankly as someone who is sane because that’s a contrast…We have a candidate on the other side who literally is, I think, mentally ill.”http://www.mainlinemedianews.com/articles/2016/07/30/king_of_prussia_courier/news/doc579b6187ab8ad070882507.txt And in TruthDig, Bill Blum observed in “The Psychopathology of Donald Trump” that the issue of Trump’s sanity has to be faced.  As he pointed out, “Does Donald Trump only say crazy things, or does he say crazy things because he actually is crazy?” http://www.truthdig.com/report/item/the_psychopathology_of_donald_trump_20160731   Blum then goes on to point out that the “issue of Trump’s emotional stability has also been raised by a growing number of influential and highly respected mental-health practitioners.”  Even though the American Psychiatric Association advises psychiatrists not to make public statements about public figures who they have not formally evaluated, some psychiatrists have made statements about Trump having a mental disorder out of a sense of urgency. They have done so since the danger is that Trump is only “one election away from being commander in chief of the most powerful nation” on the planet.

No wonder Harry Reid and others have expressed concerns about giving Trump classified information in military briefings and some military leaders have said they will not follow illegal orders to do things, such as torture suspected terrorists or kill their families.  Even Mark Cuban, once a supporter, changed his endorsement to Hillary and has called Trump “batshit crazy.”http://www.usmessageboard.com/threads/mark-cuban-trumps-batshit-crazy-a-jagoff.515328

I have observed this growing mental disorder myself, after writing a book about sociopaths:Lies and Liars: How and Why Sociopaths Lie and How to Detect and Deal with Them.  Then, as the evidence of Trump’s crazy behavior mounted, I teamed up with a cartoonist and we wrote Trump Is Nuts! An Illustrated Guide and Coloring Book on the Many Ways that Trump Has Gone Nuts https://www.amazon.com/Trump-Nuts-Illustrated-Guide-Coloring/dp/0692738037, which is also included in the compilation: Who Is Trump, Really? https://www.amazon.com/Who-Trump-Really-Collection-Extinct/dp/153541314X, which includes cartoon books comparing Trump to fighting animals and extinct beasts.  The Trump Is Nuts! book features satiric cartoons depicting Trump as all kinds of nuts from cashews to pecans and ending up as a nut case and in the nuthouse, and it combines these cartoons with incisive commentary about the many ways that Trump’s behavior is mentally disturbed or nuts.

For example, in one cartoon, Trump is drawn as a peanut in a nut case with Hitler and Mussolini, and includes this commentary:

“Is Trump really a nut case? That’s what more and more people believe, including some psychologists who have described him as having a ‘narcissistic personality disorder,” whereby one thinks that everything is about me, me, me. Someone with this disorder also has delusions of grandeur about who one is and what one can do…He always has to win, whatever he does and makes excuses should he lose at anything, so he still comes out on top.”

I wrote that about a month ago in a book that was published on June 23rd, and now Trump’s symptoms seem even worse.  So is Trump nuts?  I think the signs are all there that he truly is.  So now the question becomes what are we as the American people going to do about it?  If we truly let him anywhere near the Oval Office, we are truly nuts, too!

Gini Graham Scott, PhD, writes frequently about social trends and everyday life. She is the author of over 50 books with major publishers and has published 30 books through her company Changemakers Publishing and Writing. She writes books and proposals for clients and has written and produced over 50 short videos through Changemakers Productions and is a partner in a service that connects writers to publishers, agents, and the film industry.  Her latest books include: ResolvingConflict and Lies and Liars: How and Why Sociopaths Lie and How to Detect and Deal With Them