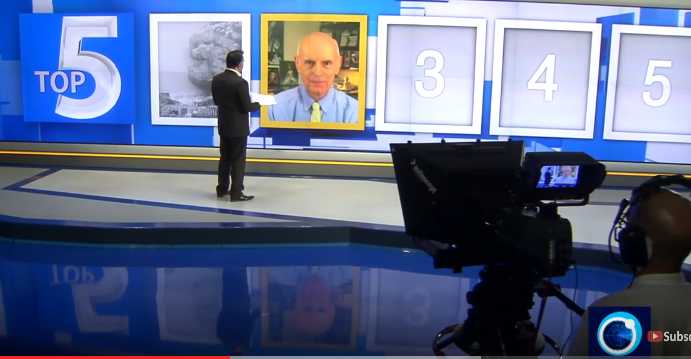 [ Note: What a fur ball the post Turkish coup is turning into. Erdogan is playing the US, NATO and EU like a cat with a mouse, with his veiled media threats that he has very damaging information on who supported the coup that he could or could not release.

There is obviously some heavy blackmailing going on here, with the focus seeming to be that if the US does not turn over Gulen, then Erdogan will release some very embarrassing material on the US’ involvement with the Gulen network and the coup.

But that is is a catch-22 because, if Gulen were turned over, he might want to tell some tales himself. Don’t be surprised if Gulen has a stroke or a fatal heart attack, like we recently had with a Supreme Court Justice and the rules thrown out on the required autopsy.

That said, the US is not without holding some blackmail cards on Erdogan. So what we are seeing here is a very theatrical game of liar’s poker, and a very wild one. Obama’s sending General Dunford to Turkey to try to tone down the public rhetoric was a confirmation of how dangerous the US views this post-coup period.

NATO has been mum, apparently muzzled by the White House which does not want multiple talking heads, so as to avoid the foot in mouth disease record of NATO spokesmen shooting themselves and the US in the foot. General Breedlove now holds the record for the biggest embarrassment, in that regard.

We are in a very unpredictable situation with Turkey. Nobody knows how this could end up. It will be looked back upon by future coup analysts as an example of “don’t make a bad situation worse”… Jim W. Dean ]

Turkey’s President Rejeb Tayyib Erdogan has unleashed his fiercest verbal attack against the country’s Western allies for the first time since the failed coup in Mid-July. He says the West is supporting the coup plotters.

Erdogan particularly criticized the United States questioning the possibility of a strategic partnership between Washington and Ankara if America refuses to extradite US-based cleric Fethullah Gulen. The Turkish president said the plot was hatched outside Turkey. According to Erdogan those who were thought to be Ankara’s friends stood by the putschists and terrorists.

The Turkish president vowed to have no mercy on those who tried to unseat him. Erdogan also talked about quick implementation of economic reforms, reconstruction of the intelligence apparatus and the army.