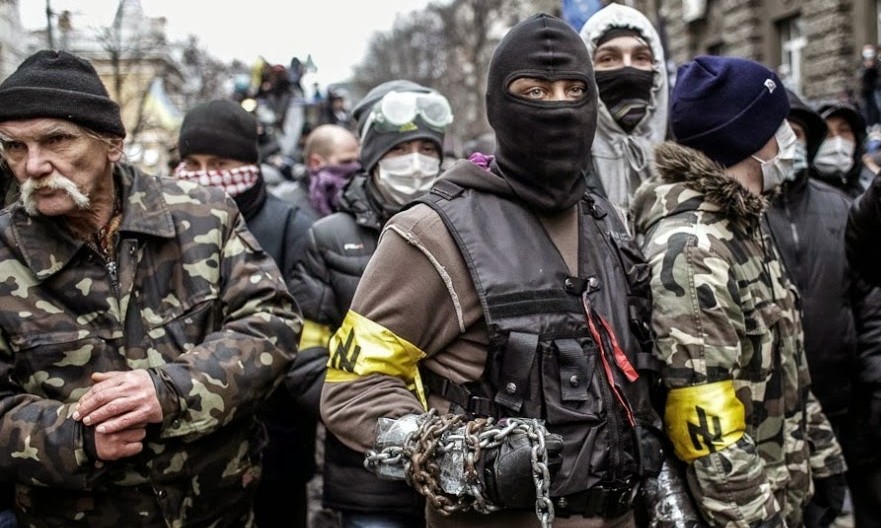 [ Note: The Ukraine Minsk agreement continues to be a shining example of anything that the West signs its name to really means nothing. Agreements will be honored or dishonored, and all blame passed around to a selected pasty, and the media whores shall be unleashed to make that the new reality.

The lesson for Americans is to ask themselves if they really think this psyops treatment is just reserved for foreign countries, but would never be unleashed on the good folks back here at home… because… well… that just wouldn’t be right.

Manufacturing public opinion is a huge industry and it can be a very ugly business. Unfortunately the public, and its major civic institutions are pretty much in a standdown position on taking the mega spinmeisters on as they do not make easy targets of themselves, being layered up quite well.

But before you say it’s impossible to do, remember that Roger Ailes, the head of Fox, considered untouchable, had to step down after charges of serial sexual harassment. It seems that lots of people not only thought that such a thing could not go on in New York City, but also in the boardrooms of mega-media. Imagine that! …JD ] 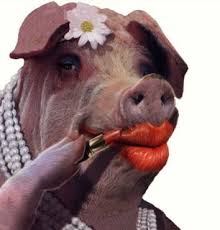 One of America’s most enduring political barbs is, “When you put lipstick on a pig, it’s still a pig.” The Western Ukraine coup has become a new version of that barb. No matter how the West tries to paint Russia as responsible for the implosion of Ukraine, it is the US, EU, and NATO color revolution Kiev coup that is the pure villain in this sad story.

Ukraine has joined the growing list of Western rape and pillage victims, intended victims or collateral damage ones under the guise of spreading freedom and democracy…like Afghanistan, Iraq, Syria, Libya and Yemen.

The recent NATO meeting in Warsaw saw the lipstick being handed out as party favors in the continuing attempt to paint Ukraine’s problems on “Russian aggression”.

In the run up to the NATO meeting, we had the usual carefully orchestrated staging of the Sea Breeze exercise off the coast of Odessa, with the US and Ukraine co-hosting. Thirteen countries took part this year, with all being used to create an atmosphere of standing up to Russian aggression.

The Western version of the new Russian Bear story has zero validity, beginning with the claim of former President Yanukovych rejecting a generous offer of EU affiliation. It really wasn’t an offer at all, as Ukraine was desperately in need of cash subsidies, which Russia had been providing in a number of ways, but Ukraine needed more.

The so-called EU “offer” contained no subsidy cash whatsoever, and offered only the beginning of trade negotiations in order to have Ukraine open itself up to EU imports. Russia of course knew that this was a ploy to have EU imports “back-doored” into Russia under its duty-free trade agreement with Ukraine, where customs corruption was epidemic.

Yanukovych could not risk losing his Russian subsidies, so he actually had “delayed accepting” the EU’s offer, to buy time to find a way of maintaining what he was already getting from Russia, but still add more from the EU. The West apparently did not want to wait, and initiated its violent overthrow of the Yanukovych government after it had agreed to its opposition’s demands to share power. Those murdered in the Western Maidan coup still cry out for justice, to deaf ears it seems. 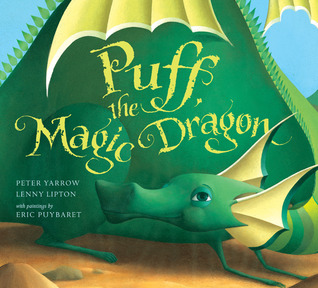 Fast forward to the recent NATO propaganda fest in Warsaw, where none of Ukraine’s suffering was attributed to the failed Western coup, but to “Russian aggression”, using the worn out, unsubstantiated claims we all have heard so many times.

We have this incredible situation where France and Germany had signed onto the Minsk Accords as guarantors of Kiev’s compliance, which Kiev has unofficially rescinded, and its make-believe guarantors have gone along with that fraud.

Both of these countries have naively dealt with their own terrorism and immigration problems caused by the aforementioned Western regime changes in the Mid East, and have grown accustomed to blaming anyone but themselves for their worsening security situation.

Ukraine’s economy is imploding as a result, and due to another whole series of systemic issues, which include endemic corruption from top government officials, to the police, military, courts and what remains of the oligarch community.

Poroshenko is playing his NATO card to the hilt, hoping the US taxpayers who fund most of NATO will become the pack horses for future military subsidies for Ukraine. Hence, he has no intention of making peace with Donbass, as that would remove the need for NATO protection. I hope he heard what Mr. Trump recently said about NATO members not paying their own way.

While NATO Secretery Jens Stoltenberg admitted that full NATO membership was not on the table for Ukraine, Poroshenko called the relationship a “de facto alliance”… and added, “It is our common responsibility to change Russia’s aggressive behavior.” So don’t expect Poroshenko to decrease military tensions in Donbass when he views that as his milk cow, and so apparently do NATO, the EU and US.

Mr. Stoltenberg blamed the Donbass ceasefire violations on Russia, forgetting that those of us who follow it closely know that the Organization for Security and Cooperation in Europe (OSCE) reports have consistently caught Kiev in a pattern of violations which the Donbass defenders have had to react to.

But even Obama joined the hoax by claiming, “There can be no business as usual with Russia until it fully implements its Minsk obligations.”

This is the man who fixed the Bush era hoax of the non-existent Iran nuclear weapons program, but who has stained that legacy with his own failed hoax for trying to tag Russia as responsible for the West’s violent coup in Ukraine and its aftermath.

Dear Mr. President, What is your problem here? It is not Russia who is overthrowing regimes that will not submit to its economic and military domination. Mr. Putin is not crowing endlessly about “Russian exceptionalism”. He has too much class for a stunt like that.

And yes, we all know you are using the phony Minsk accords to justify maintaining the Russian sanctions. The only thing exceptional about that is how dishonest it was, not forgetting the murders involved in the coup that have our fingerprints all of them. You cannot “Breedlove” your way out of the Ukraine debacle.

Russia is being punished for not bowing to the West

Kiev was never able to establish power over the entire country, so it remains a failed coup.

No people are duty bound to accept being ruled over by a foreign-backed coup. Russia was completely within its rights to help protect Ukraine’s Russian population from a similar fate to what ISIS has done in Syria, also with Western backing.

Crimea was able to dodge that bullet completely, much to the dismay of NATO, which had misjudged in their attempt to snatch Russia’s strategic naval base there. The US would have done exactly the same thing to protect Americans in a similar situation.

Per capita income in Ukraine has taken a nose dive, when it had been low to begin with. Currently, foreign investment, despite the occasional news hype, is just a trickle. IT company Hewlett Packard made a big deal in announcing its half million Euro investment fund, which is peanuts.

George Soros’ ploy to have Western citizen patsies guarantee foreign investors in Ukraine did not go over well in the EU politically. He had a billion dollars ready to go into Ukraine to cherry pick some deals, but he wanted $50 billion of sucker money to come in behind him to drive his investments up.

Kiev’s attempt to sell its money losing state-owned ammonia plant was a bust, with no bidders. Foreign investors know they will be pounced on by thieves of every description wanting to shake them down after they make a major investment. The anti-corruption drive was one in name only, with Poroshenko himself blocking any real reform that would threaten his power base of fellow oligarch looters.

It has taken tremendous pressure from major Western backers to get any movement at all on real reform, which had to start with getting the “fox in the chicken coup” reformers removed, who were Poroshenko’s friends. Where prosecutors were not crooked, then the police and courts were, tipping off investigation targets that they were being wired tapped for the expected thank-you gratuity.

Reconciliation, even from strange places

There are some rays of sunlight beginning to peek out. I was shocked to read that hard core nationalist Nadiay Savchenko, the military pilot exchanged for the Russian reporters, was being denounced for saying that reconciliation was the only way to resolve the conflict. Some even called her a traitor for using the F-word…forgiveness.

I suspect her change of heart has come from seeing the never ending suffering of not only her military comrades, but her people.

It is those on the losing end who have to face their real enemies who have been driving this wasteful war, and that is not Russia or the Donbass people.

One of those is Anton Gerashchenko, an adviser to the nationalist interior minister, who accused Savchenko of being a Putin plant, a Trojan horse. You just can’t make this stuff up. This is the mindset of those who have been destroying Ukraine, inside and out.

It is these people who need to be sanctioned and cast out from civil society for the sake of the rest of us. So let us roll up our sleeves and get on with the task, each of us in our own way, to the best of our ability.