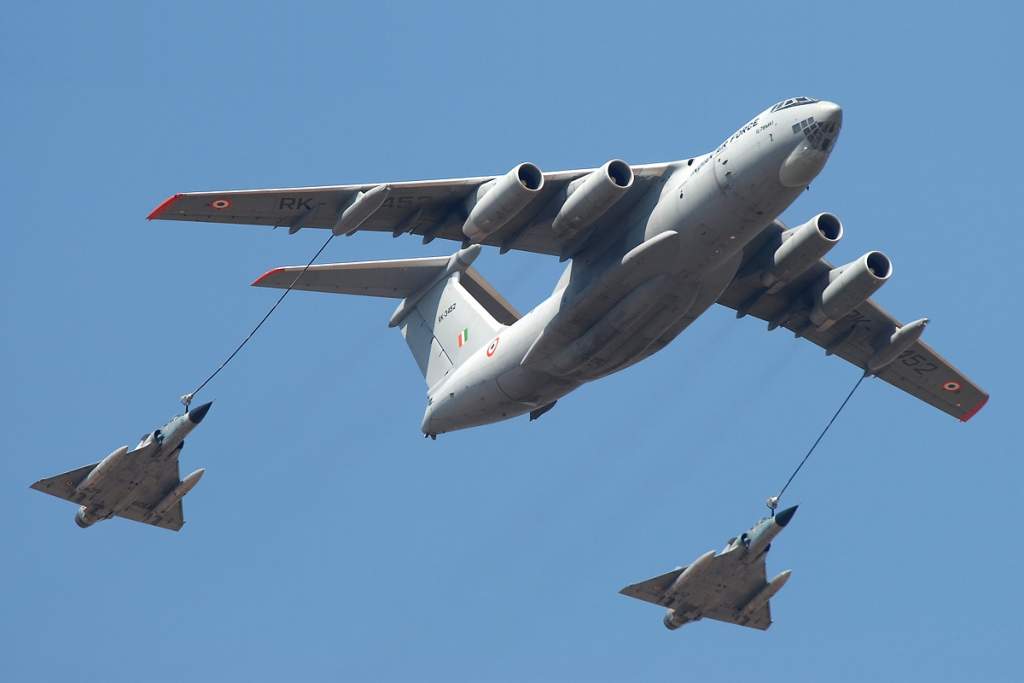 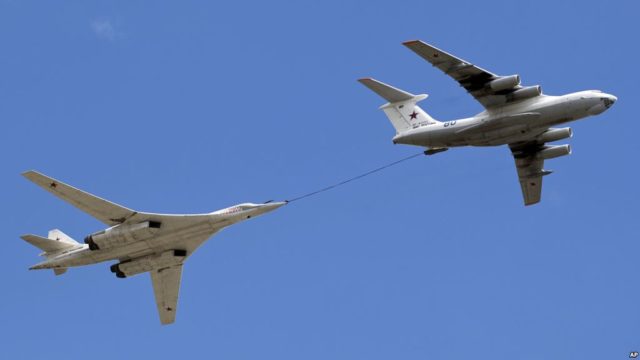 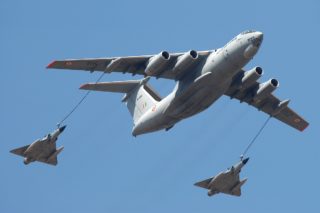 [ Editor’s Note: Every big contract like this can subsidize Russia’s military by keeping production at a capacity beyond its affordable home defense means. The excess capacity becomes a foreign exchange earner and keeps the parts supply line well-lubricated, also.

If involved in a future war where losses were incurred, they can be more quickly replaced when your factories are running on back order. Most contracts allow for “work in progress” to be grabbed back by the producing country in times of emergency.

These refueling planes are force multipliers, as they allow countries to keep more planes flying near threats or designated targets without returning to base to refuel. It would allow India to provide air cover further from its shores, very important for things like submarine patrolling.

As for Russian practicality, don’t miss at the end where these huge payload refuelers can easily be converted to conventional transports, another force multiplier.

We have seen “modular construction” and multipurpose design built into many of Russia’s new weapons systems, which makes them even more competitive to the overpriced Western versions, one of whose goals is to soak the taxpayers for as much as possible.

The game isn’t over until the fat lady sings, but there are not many places to go to buy planes like this. But Russia’s getting this contract away from the EU would be some solace for the sanctions that the EU has dealt out to Russia… Jim W. Dean ]

New Delhi is in talks with Moscow to acquire a number of Russian-made Ilyushin transport aircraft for its Air Force; Izvestia daily reported citing its sources. The total value of the contract could be as much as $2 billion.

The mid-air refueling aircraft would enhance the operational capabilities of the Su-30 fighter jets specially developed for India by Russia’s Sukhoi Design Bureau.

“For the first time Russia has offered New Delhi its IL-78MD-90A, which is a modernized version of the Il-76MD-90A military transport, also known as the IL-476,” the unnamed source told Izvestia.

Negotiations with Russia follow India’s decision not to buy six Airbus 330 MRTT (multi-role tanker transport) due to the high cost. Airbus won the delivery tender in 2015, but last week the Indian government withdrew the tender.

“The main reason for the cancellation of the tender is the very high life-cycle cost which was not calculated properly in the beginning,” the Financial Express cited the government’s letter to Airbus.

The mid-air refueling aircraft would enhance the operational capabilities of the Su-30 fighter jets specially developed for India by Russia’s Sukhoi Design Bureau.

“For the first time Russia has offered New Delhi its IL-78MD-90A, which is a modernized version of the Il-76MD-90A military transport, also known as the IL-476,” the unnamed source told Izvestia.

The six aircraft would have added to the existing fleet of an equal number of Russian IL-78s acquired by India in the 2000s.

If the Russian-Indian talks succeed, it will be the first contract to supply the Il-78MD-90A. The new aerial refueler aircraft is a modernized version of an IL-76 transporter.  It has a modified wing, new engines and control system, a higher load capacity and volume of transported fuel.

The tanker aircraft can carry up to 110 tons of fuel and refuel a jet from the rear and from its wings. Three aircraft may be refueled in the air simultaneously. The modular air fuel system allows the tanker to be easily converted into a conventional transport aircraft.

The new Il-78MD-90A aircraft will be tested in 2017, and only after that it could be sold to customers, said a source in the aviation industry.