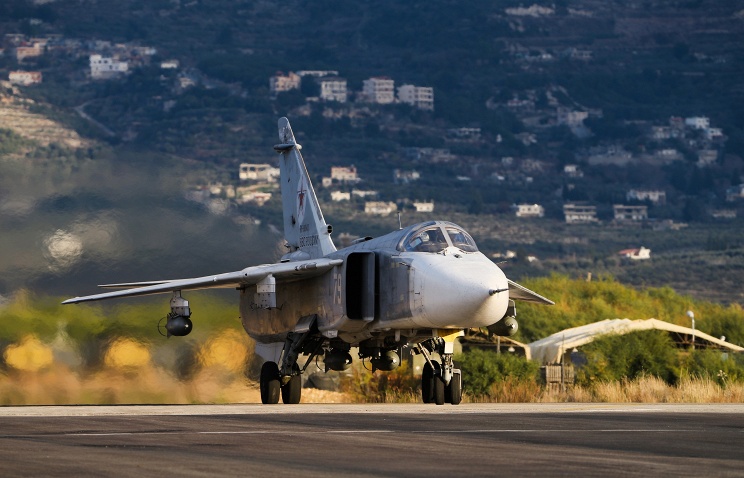 [ Editor’s Note: On July 28th I did a Press TV Debate show entitled Battle for Aleppo with a Professor Serwer of Johns Hopkins University in D.C.

He was a walking, talking anti-Assad propaganda doll with the same old stories, like most all of the damage in Aleppo was caused by the Syrian army and Air Force shelling and bombing, until the Russians joined in to provide pinpoint bombing of medical facilities.

This man seemed to know nothing of the constant bombardment of pro-Damascus civilian areas of the city, in what had become a sport for bored jihadis during the stagnant periods in the fights, and the call went out for the old, “let’s go kill some civilians today”.

A few days later, I did another Debate show with Mr. Shill himself, Michael Lane, who agreed with Serwer and who posed that the Syrian humanitarian effort was a complete hoax — that Damascus had no intention of stopping the fighting, preferring a military solution instead.

I was surprised to see this at this late point in the game, especially now that the Russians have an established record of pinpoint accuracy to not expose themselves to the expected bad PR from errant strikes. Their attitude has been that it is better to miss hitting some targets than risk hitting the wrong ones.

So what we saw here is, after the French and US got hammered for the civilians killed and wounded in the Manjbi fighting, the usual suspects deployed their shills to begin pushing out these bogus Damascus and Russian atrocity claims, which most recently included a chlorine gas attack, which was of course turned into the old “barrel bomb” story, but without any video.

The Russians took their time responding, and they found the firing position to be from a rebel-held area that was using the usual big gas cylinder mortars they have been using for several years now to shell civilian areas.

After confirming their intelligence, they counter-attacked PR-wise with this report below that they have no military offensive planned for Aleppo, to avoid the more destruction and loss of lives that would entail.

The Syrian army has been very busy fighting off jihadi attacks in the Aleppo area, as they try to close off their supply lines to decrease the rebel combat effectiveness.

As the US and NATO see their terrorist and rebel proxy forces on the verge of losing, they know what a mountain of anti-rebel horror stories will be coming out of Aleppo when the jihadis are driven out, and it is safe for people to talk.

It is no secret that the US and its rogue coalition have done everything they can to stall and undermine the ceasefire to regain the momentum in their favor before any real negotiations begin. The big trump card now is what will Erdogan do. Will he want to ease off the Syria War and try to put it to bed, while he solidifies complete control over Turkey with fewer irons in the fire? …Jim W. Dean ] 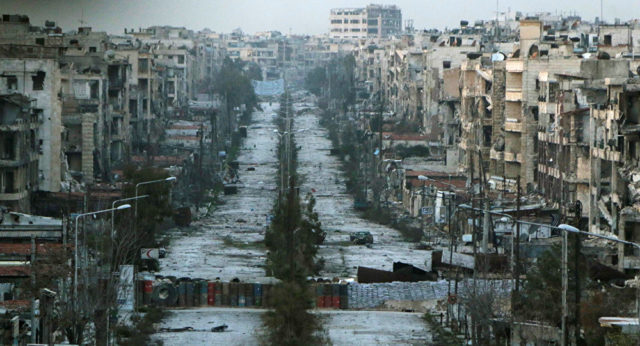 “No air strikes or offensive operations planned in Syria’s Aleppo”

“We don’t have any other goals apart from alleviating the humanitarian situation for Aleppo residents and creating conditions for expanding the regime of cessation of hostilities. Neither an offensive by the Syrian forces nor air strikes of Russian Aerospace Defense Forces’ group are planned in Aleppo,” Ryabkov said.

There are serious opportunities for plugging international humanitarian organizations and some countries into the operation to alleviate the humanitarian situation in Aleppo, Ryabkov said.

“The main problem is what is happening in Aleppo and around it,” the diplomat said. “We have launched a humanitarian operation together with the Syrian government forces. Corridors have been created for civilians and the gunmen who are prepared to lay down arms. Some part of the population has already taken this opportunity to leave the city.”

“We have serious opportunities in terms of involvement of international organizations and some countries in supporting this operation,” Ryabkov said.

The diplomat noted that US and other members of the anti-terrorist coalition are politicizing the situation in Aleppo and paint it in a false light. “The situation is rather complicated now because, as far we understand, US will not decide to support us in this matter, and they have no understanding on where to move from here,” he added.

“We note with concern that the ‘party of war’ exists not only among opponents of the Bashar Assad’s government in the Middle East, but also in Washington,” he concluded.

On July 28 Russian Defense Minister Sergey Shoigu said that Russian and Syrian militaries are starting a large-scale humanitarian operation in Aleppo. Four humanitarian corridors will be established there. Civilians will be able to leave Aleppo via three corridors, while one more corridor may be used by militants who wish to lay down arms. The defense minister also ordered to airdrop food, medicaments and necessities to civilians in Aleppo.

Accusations for chemical attack near Aleppo

Ryabkov said that it is premature so far to blame anybody for the recent chemical attack near Aleppo in Syria.

“Unlike the US administration, which, having received a primary signal from, perhaps, a not entirely neutral source that claimed that barrel bombs with chemical agents were dropped, is trying to generalize something on this basis and draw far-reaching conclusions, we will refrain from this,” the deputy minister said on the sidelines of a forum of young diplomats at the Alexander Gorchakov Public Diplomacy Fund.

“Without the understanding of what actually happened, it would be irresponsible to bring any accusations against anyone,” the diplomat said. “We don’t know what really happened. We know that the terrorists, feeling that things are getting hot for them, are ready to resort to any kind of provocations against the Syrian troops, pretenses, attempts to assign both to us and the Syrian government forces the actions that bear no relation to reality.”

The diplomat said he regretted Washington’s haphazard approach to the issue of the possible use of chemical weapons near Aleppo. “Washington tries at the slightest pretext to put the blame on Damascus. The political goal of this is obvious – to create difficulties to the government of Bashar Assad and make him make excuses,” he added. “It’s not fight against terrorism, but sheer geopolitics.”

The Syrian government has reported that “terrorist groups” carried out a gas attack that killed five people in the old town of the besieged city of Aleppo on Tuesday afternoon, according to the state-run news agency SANA.

Results of Geneva consultations on Syria

Military and political results were achieved on Syria at the Geneva talks between Russian and US experts but Washington once again tries to revise agreements, the Russian Deputy Foreign Minister also said.

“Military-political results were achieved but, unfortunately, something that happens all the time lately has happened again – precisely, Washington’s attempts to revise agreements reached at the negotiations table,” Ryabkov said.

“As soon as new results are reached, new requests, demands, recommendations emerge on the next day,” the diplomat added. “When US colleagues start to feel that we are not ready to change, clarify or adjust anything on Washington’s first demand, the nature of such demands immediately transforms into ultimatums,” he continued. “This destroys everything that has been so hard to achieve on the military track and with the help of foreign ministries,” the deputy foreign minister concluded.