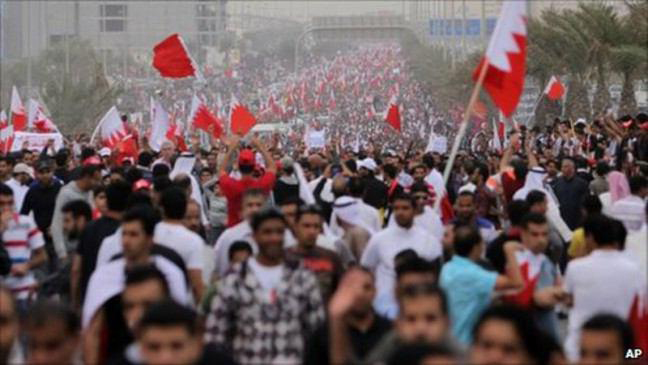 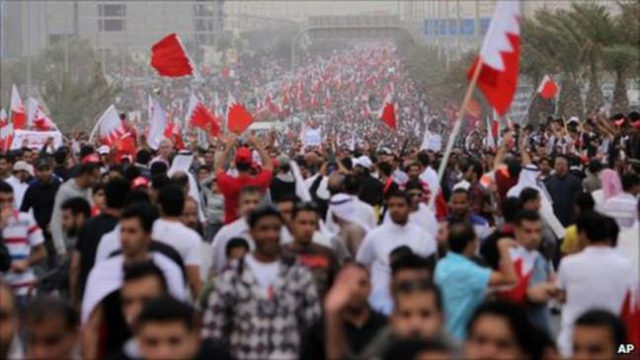 During the past years, Bahrain witnessed protests spreading  across the tiny Gulf country as a wide pro-democracy movement led by Shiite Muslims. political unrest followed after the refusal of the ruling minority the opposition’s political demands accompanied with Al-Khalifa regime failing to fulfil democratic reforms.

Bahraini government was able to quell the protests by resorting to violence. However, there are no political indications suggesting the end of the pro-reform popular zeal, especially as the royal family showed no tangible actions to satisfy the  developing political environment of the Arab nation.

Many observers believe that the US Navy Base in Bahrain, which have a great importance in the Middle East is facing severe threats due to the ongoing political situation in Bahrain.

As a matter of fact , the US Navy Base in Bahrain which is the backbone of US military presence in the volatile Middle East region and shoulders  the US military action across Gulf — under the inane pretext of preserving US interests beyond its borders–, today faces historical challenges in  the light of unfolding security developments in Bahrain.

Repression, arbitrary arrests, the iron fist policy and revoking nationality of the opposition leaders are Bahraini government ‘s solutions as political expectators questioned the effectiveness of these measures as many others believe that will have heavily costs for Al Khalifa regime.

Bahrain living an unusual situation due to the restive political situation, whereas the government could solve the crisis by compiling to popular demands and respecting the inalienable rights of the majority of its nation, reducing political pressure imposed on opposition leaders, which could render Bahrain a good reputation regarding its human rights situation and political reforms

The Bahraini regime leaders must reconsider their policies by crossing the stream where it is shallowest.