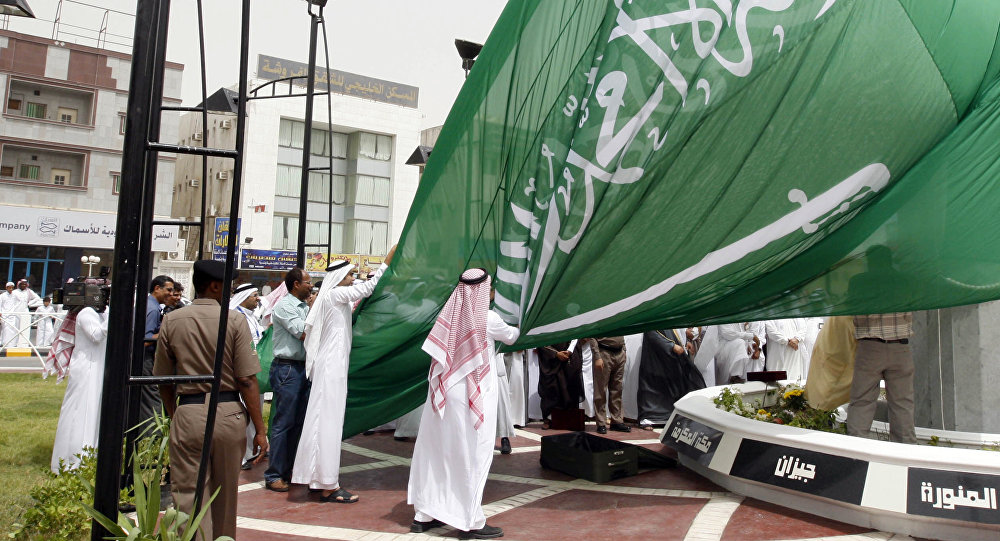 Spiegel has reported that the two terrorists who carried out attacks in the German cities of Ansbach and Wurzburg had been in contact with Saudi Arabia-based Daesh associates. On Saturday, the magazine added that the Saudi government has offered German authorities help in investigating the alleged Saudi trace. But can Riyadh be taken at its word?

On Saturday, Spiegel reported that Saudi authorities have offered to help the investigation into the bomb and axe attacks carried out in the cities Bavarian cities of Ansbach and Wurzburg last month. Riyadh’s offer to assist came a day after the German newsmagazine uncovered that the perpetrators of the attacks had been in contact with suspected Daesh (ISIL/ISIS) members in Saudi Arabia.Der Spiegel learned that transcripts of chats obtained by German security services had determined that the two terrorists had been in regular contact with suspected Daesh members whose phone numbers were registered inside Saudi Arabia.

Wurzburg attacker Riaz Khan Ahmadzai, who severely injured several people in a train in an axe and knife attack on July 18, had even left a goodbye message to his terror contact, writing “We’ll see each other in paradise.” Prior to that attack, Ahmadzai’s contact had suggested that the 17-year-old drive a car into a large group of people, with the would-be terrorist responding that he didn’t have a drivers license

Ansbach and Wurzburg Terror Attackers ‘Had Contact With Saudi Arabia’

As for bomber Mohammed Daleel, who blew himself up (possibly by accident) and wounded 15 people, in Ansbach, Bavaria on July 24, Der Spiegel said that his chat contact had explicitly told him to try and film the moment of detonation and send it to Daesh.On Saturday, Saudi authorities responded to Spiegel’s revelations, offering German investigators help in finding those behind the attacks. According to Spiegel, a senior member of the Saudi government offered assistance, with authorities in Riyadh now in contact with their German counterparts.

This, the magazine added, was highly unusual, since Riyadh usually keeps a “very low profile” when suspicions of its support for Islamist terrorism arise. In any case, Spiegel noted that Saudi cooperation may very well help to establish the identity of the Daesh-connected persons who contacted the terrorists and encouraged them to carry out their vicious attacks.

However, not everyone is convinced of Riyadh’s sincerity. On Saturday, German television news network Tagesschau issued a commentary on the reports that the killers in Wurzburg and Ansbach had connections with Saudi-based officials.

Tagesschau commentator Bjorn Blaschke was blunt, recalling that “time and again, the Kingdom of Saudi Arabia – both its rulers and its subjects, have been suspected of cooperating with Islamist terrorists.” The journalist suggested that it’s enough to recall the 9/11 investigation, and that 15 of the 19 terrorists were Saudi nationals.

The long-awaited 28 formerly classified pages of the 9/11 investigation report have recently revealed that two of the hijackers were “in contact with, and received support or assistance from, individuals who may have been connected to the Saudi government.” On Friday, CNN even reported that the released documents linked an alleged al-Qaeda operative to a company associated with Prince Bandar bin Sultan, the former Saudi Ambassador to the United States.Naturally, the US news network was forced to add the caveat that “while the alleged association with Bandar…does not provide direct evidence the prince was complicit in the 9/11 attacks, it raises new questions about Saudi Arabia’s involvement.”

Blaschke, for his part, suggested that even if the Saudi royal family was not directly connected with jihadists from al-Qaeda or Daesh, with the latter even carrying out attacks inside the Kingdom, it’s important to point out that Saudi Arabia has more adherents to the terrorists and their poisonous ideology than most countries.

What’s more it is “obvious is that the royal family is closely linked with the most reactionary form of Wahhabism, a school of Sunni Islam,” the journalist noted. In fact, he added, “the position taken by devout Wahhabists hardly differs from that of terror organizations such as Al-Qaeda or Daesh.”

Add to that the fact that Saudi Arabia has been accused of sponsoring numerous Islamist groups fighting the secular government of Bashar Assad in Syria, and the fact that the Syrian war has directly led to the refugee crisis (Ansbach Mohammed Daleel was a Syrian who fought for Daesh and al-Qaeda before coming to Germany), and Riyadh’s promises to ‘help’ German authorities suddenly don’t look so promising.