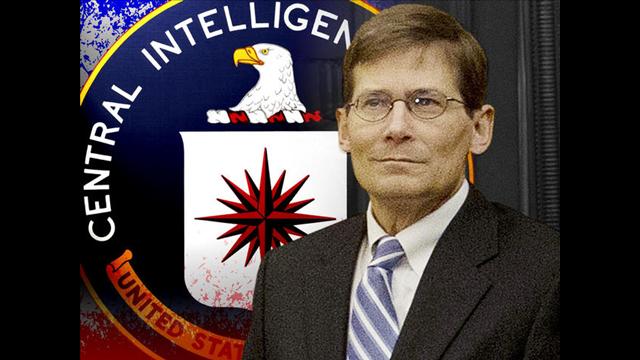 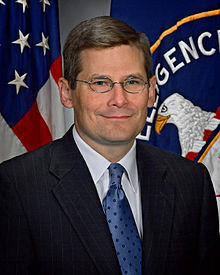 Michael Morrell, in the eyes of anyone who is not deceived by the constant barrage of propaganda coming out of Washington D.C., has by his own admission confessed to being complicit in three of the biggest lies in the last sixteen years.

The title of his Op-Ed in the New York Times is enough to lock him away in jail for life. He ran the CIA. These days anyone who is associated with the CIA or has been associated with the CIA is guilty of being part of a criminal organization whose crimes over the last 70 years read like a bad script from a Quinton Tarantino movie.

As he sees it? This must be code for: “As I scripted it in true “Wag The Dog” Hollywood style.”

For starters he opens with the following sentences:

“During a 33-year career at the Central Intelligence Agency, I served presidents of both parties — three Republicans and three Democrats. I was at President George W. Bush’s side when we were attacked on Sept. 11..”

He does not care which political party or which puppet stooge gets into power. He follows the mindset of Council On Foreign Relations, all those who attend the Bohemian Grove insane and debauched ceremonies, the Bilderberg group, and the last call, the Vatican. The CIA is, after all, an arm of this world-controlling body, who believes itself to own the planet, all bodies on the planet and all souls. In other words, the Holy Roman Empire, the Lord Of the Rings.

For those into Illuminati symbolism, the number 33 jumps out of the page at you. Not surprisingly, Morrell attended Georgetown University. A cesspit for Opus Dei, Jesuits and P2 lodge members. Also active in Uruguay, Brazil and Argentina under Videla, where the current pope Francis has been implicated in the detention without trial, torture and disappearance of many people during that country’s fascist dictatorship. Francis’ address to congress, where Joe Biden wept (and until Reagan, the Vatican was refused an Embassy in D.C.), does not augur well for the American people.

“The Godfather” has got nothing on this lot! 33 is the highest degree in the Illuminati. An initiation process that was copied by Adam Weishaupt, a Jesuit, from the Freemasons, who have no allegiance to the pope whatsoever. Weishaupt was also Jewish, which would go a long way to explain how the Protocols of Zion where plagiarised, copied and adapted from the Jesuit Oath. They have the same agenda. A One World Fascist Government, and the complete destruction of Democracy, freedom of speech and the self determination of nations.

By Morrell admitting that he ran the CIA for 33 years, he is also admitting to full knowledge of every Operation Gladio exercise and false flag that has been engineered in the closing years of the 20th century and the opening years of the 21st. He has been part of an organization that John Kennedy wanted to smash to pieces, which resulted in that President being assassinated under the watch of George Bush senior.

He then goes on to boast of being at George Bush junior’s side during 9/11, when the Twin Towers were demolished by nukes and a fake story was concocted that Osama Bin Laden had been behind the so-called terrorist attack, but which was one of the biggest Gladio false flag events ever engineered on American soil. Morrel has obviously never heard of Architects And Engineers For 9/11 Truth, or Kevin Barrett, who has dedicated his life to exposing 9/11 lies.

Michael then follows it up with yet another humdinger of a lie.

Here is a news flash, Mr. Morrell. The whole world knows by now that Bin Laden died from kidney failure before the Twin Towers came down. Benazir Bhutto was assassinated for admitting as much in an interview. Were your finger prints on that one as well?

If Morrell’s statement was not so pathetic, it would be laughable. Except that, ever since 9/11, the body count that has resulted in Afghanistan and Iraq is way beyond anything that Tarantino could imagine, and certainly does not fit in with Laurel and Hardy either. He is obviously in the camp of all those who think that the on going genocide in the Middle East is “worth it.”

“I was with President Obama when we killed Osama bin Laden in 2011.”

Michael Morrell was also complicit in Benghazi. The truth of which still has not been fully investigated. According to Zero Hedge:

“He was an active participant in painting the Benghazi attacks as caused by YouTube video. When Hillary Clinton says ‘best information provided by the intelligence community” she is referring to her man in the CIA: Michael Morel Morell was the CIA official who crafted the “talking points” on Benghazi with the Obama White House, according to his own testimony in 2014 to Congress. In emails later uncovered by Congress, CIA Director David Petraeus called the resulting talking-point language ‘useless.’”

Then we get to his diatribe on President Putin.

The latest spin being that Donald Trump is “an unwitting agent of the Russian Federation.” Anyone who does not support WW3 and a nuclear bombing spree against Russia and Iran is automatically categorized as Putin’s “useful idiot.”

“Mr Putin is a great leader, Mr. Trump says, ignoring that he has killed and jailed journalists and political opponents, has invaded two of his neighbors and is driving his economy to ruin. Mr. Trump has also taken policy positions consistent with Russian, not American, interests — endorsing Russian espionage against the United States, supporting Russia’s annexation of Crimea and giving a green light to a possible Russian invasion of the Baltic States.” 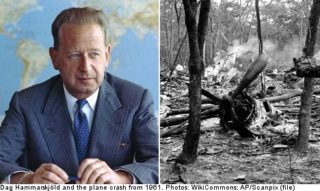 The only reason Edward Snowden is still alive is because he is living in Russia. If he had fled to any other country in the world, other than possibly China, he would also be dead by now.

And then there is a long list of international personalities who have found themselves on the CIA death list. Dag Hammarskjold for one. Remember him? The UN Secretary General who was assassinated in a plot that combined the CIA, a Belgian Mining Company, a South African paramilitary unit, and British intelligence because he supported Congo’s independence.

Putin has not invaded two of his neighbours. The rest of the world, other than the Washington D.C. it would seem, is fully aware that the people of Crimea who are predominantly Russian, voted in an internationally observed referendum to return to Russia in 2014. Many European countries are now openly speaking out against the sanctions, and through their own investigations, have come to the conclusion that the Crimean referendum was legal and above board:

“A delegation of 11 French lawmakers and senators arrived in Crimea on July 28 to take part in celebrating Russian Navy Day in Sevastopol.

There are no grounds to keep anti-Russian sanctions in place, said the head of the delegation Thierry Mariani, addressing the Crimean Parliament in Simferopol. Republican MP Jacques Myard also emphasized the importance of lifting the sanctions.

In July 2015, a group of 10 French deputies visited Crimea for the first time despite domestic and European criticism. Back then the lawmakers said that what they saw was completely different from the picture painted by Western media. They say the same thing now after having seen the situation with their own eyes.

The recent visit of French MPs is part of a trend taking place in Europe.”

The people of Eastern Ukraine in the Donbass region consider the government in Kiev to be illegal and installed by a US-engineered coup under the direction of Victoria Nuland. They are currently fighting and dying to ensure their independence from a US puppet regime run by a bunch of gangsters under Poroshenko, who have a nasty habit of harvesting organs from their own dead and wounded soldiers for the black market. But I guess the CIA has absolutely no knowledge of that either. Or the black helicopters that arrived in the middle of the night and relieved the Ukraine of its gold reserves.

Phil Wilayto, editor of The Virginia Defender newspaper and a member of the Administrative Committee of the United National Antiwar Coalition (UNAC), recently gave an interview summing up the current situation in Ukraine as he found it on the ground. As with the French visit to Crimea, what he saw is completely different from the picture painted by Western media.

As for Russia’s “failing economy,” consider the following:

The international community no longer wants to deal in dollars and the dollar is no longer the international reserve currency. Russia is not trading oil with China in dollars, or gas with Europe in dollars. For the last 3 years Russia and many other countries around the world are trading either in their own currencies or in commodities exchange. Oil for wheat, coal for motorcars etc.

“China’s crude oil purchases from Russia jumped 52.4% year on year to a record high in April, propelling it to the top spot for the second time in 2016 and displacing Saudi Arabia.”

Top 10 Countries With The Largest Gold Reserves May 2016

“Russia has steadily been rebuilding its gold reserves in the last several years. In 2015, it was the top buyer, adding a record 206 tonnes in its effort to diversify away from the U.S. dollar, as its relationship with the West has grown chilly since the annexation of the Crimean Peninsula in mid-2014. To raise the cash for these purchases, Russia sold a huge percentage of its U.S. Treasuries.”

In the last two years, Russia has changed its economic landscape from being a food importer to a food exporter. GMO, unlike in the USA, is considered to be a terrorist threat. Instead, Russia has heavily invested in organic food production.

As Jill Stein, who is turning out to be the only qualified presidential candidate recently told RT, the people are ready to revolt. Americans and people all over the world are revolted by op-eds like Michael Morrell’s, that are blatant in your face lies, and are obvious for the whole international community to see. Michael Morrell has no morals.

And in the words of Donald Trump, “You’re fired!”