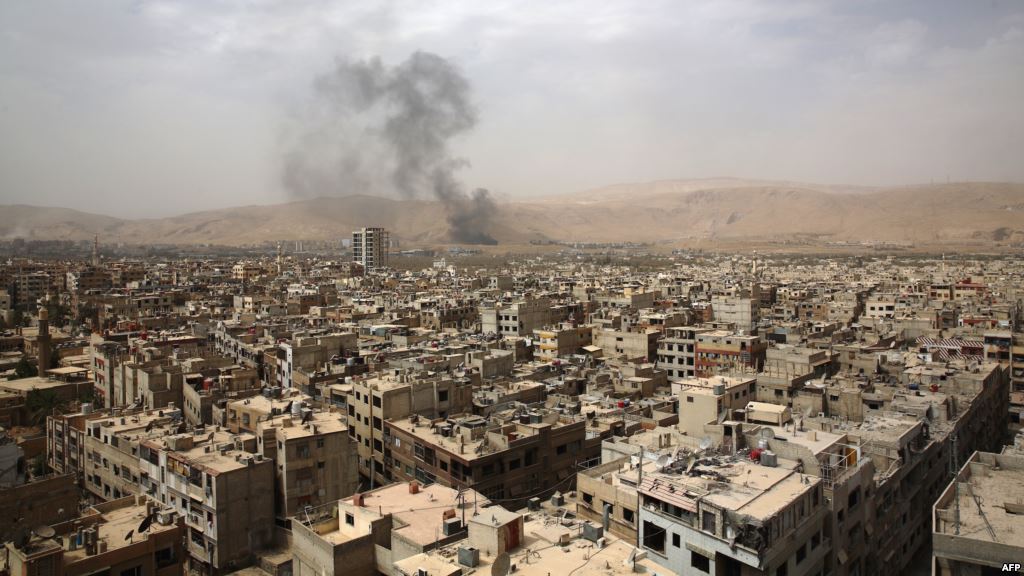 (Damascus, Syria) – Russian Presidential press secretary Alexei Gromov, in a press conference in Moscow revealed that majority of defecting Syrian army officers who escaped to the neighboring Jordan, have been trained by CIA agents to be later infiltrate Syria again, through southern province of Suweida, hoping to reach Damascus countryside, opening the way to capture Capital Damascus, the golden apple.

Washington and London, added Mr. Gromov, which boast day and night that they fight with ISIS terrorists, have worked out plan B to overthrow democratically-elected Syrian government by paying each Child Soldier $1000 per month.

This armed rebel group has been blessed by Abu Marzouk, the notorious Turkey- based prominent opposition leader. According to Russian intelligence sources, CIA seeks to lure Syrian youth —via social media, e.g. FacaBook and Twitter— into joining this American-supervised militia by the promise of monthly $1000 salary.

Ironically, CIA tried to fulfill this plan in February 2015, but in series of fierce clashes with al-Nusra Front (al-Qaeda’s Syrian branch); Obama’s militia was totally eradicated and most of its members had been taken captive and much to Obama’s chagrin, this CIA-trained battalion was suffered a crushing defeat in skirmishes with ISIS in the Syrian city of Al-Bukamal (a city on the Euphrates river in the Deir ez-Zor Governorate).

“The American administration is anxiously observing Syrian army’s fresh victories against al-Qaeda terrorists in the northern city of Aleppo, thus it tries haplessly  to  distract Syrian army by opening a new front in south,” said  Mr. Gromov, the first deputy chief of staff of the Russian presidential administration.