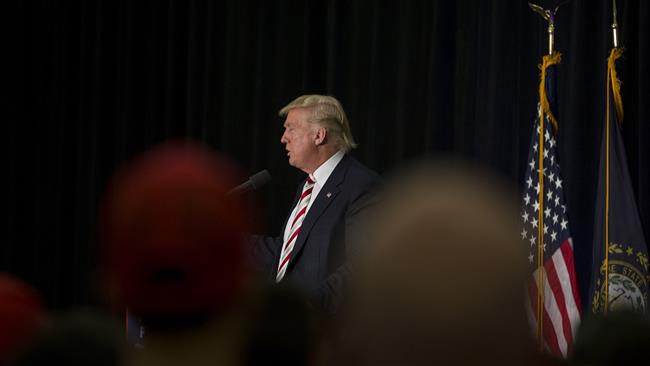 US Republican presidential nominee Donald Trump’s erratic stance on nuclear weapons has raised the alarm among American nuclear experts, according to a report.

The New York businessman has questioned the motive behind Washington’s large nuclear arsenal if it cannot use them. Trump has also pledged to build a military “so strong and powerful, and so respected, we’re not going to have to nuke anybody.”

Trump further astounded Republican and Democratic experts this week, after it was revealed by the MSNBC that he asked officials at a national security meeting to explain why the US could not use its nuclear weapons.

“This is the most dangerous thing that he has said, among many dangerous and stupid things,” Mark Fitzpatrick, a US State Department veteran who worked on nonproliferation issues for 26 years, told The Hill.

During the primary campaign, Trump appeared to have no knowledge about America’s so-called nuclear triad; the US military’s set of air, land and naval weapons that have shaped the backbone of American nuclear weapons policy for years.

President Barack Obama pointed this out during a Pentagon speech on Thursday, arguing that Trump was “unfit” to become commander-in-chief.

Former senator Gordon Humphrey of New Hampshire has also voiced concern over Trump’s competence to lead the US military, saying, “To imagine Trump in charge of our armed forces at a moment of crisis is frightening.”

Trump has also questioned US unconditional support to NATO allies as well as South Korea and Japan. This, experts warn, may push those countries towards acquiring their own nuclear weapons.

Trump’s campaign, however, has dismissed the attacks as a tactic by the campaign of Democratic presidential nominee Hillary Clinton to undermine his bid for the White House.

The real estate mogul reacted to the criticisms on Saturday, saying he was “the last one” to opt for nuclear weapons.