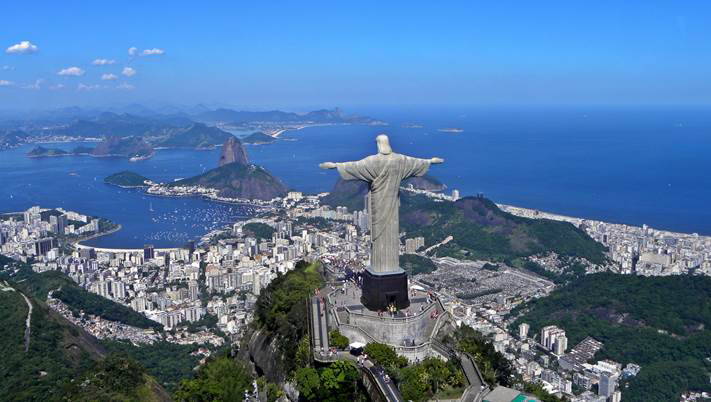 In 1970, Charles Reich wrote The Greening Of America, a book that profoundly influenced and inspired me at 36 year’s old, for Reich predicted a revolution of the individual and culture that would be a revolution of the new generation against the corporate state ~ and it would change the political structure as its final act. I believe it’s final act is fast approaching and this revolution will not require violence to succeed ~ it will only require great courage and a legitimate anti-war movement which will fully expose the folly of our present fear based and militarized world economy: Allen L Roland, PhD

Of all the qualities of human beings that are injured, narrowed, or repressed in the Corporate State, it is consciousness, the most precious and the most fragile, that suffers the most. – Charles A. Reich

Richard Nixon was sworn in as president in January 1970 but the country had never fully recovered from the loss of JFK, RFK and Martin Luther King, Jr ~ we were in a state of moral apathy and perfect fodder for Nixon and Kissinger to manipulate our collective fears by bombing Cambodia and then Nixon increased domestic spying.

I, like many Americans sensed the country’s moral vacuum, and personally was more than ready for another choice versus buying and selling stocks as an Investment Banker. Our country had surrendered to the dark side, the military-Industrial complex was in full control and Nixon’s paranoia was already becoming evident. We had lost our soul bearings and a collective alarm for light workers was sounded ~ Charles Reich’s The Greening of America was part of that call.

The corporate state is an immensely powerful machine, ordered, legalistic, rational, yet utterly out of human control, wholly and perfectly indifferent to any human values.   Charles A. Reich

I heard the inner call in 1971, read Reich’s book, opened my heart in relationship and fell into a rabbit hole of soul consciousness beneath my deepest fears and unworthiness and also realized that I had a part to play in this Revolution of both the individual and culture. My task was to completely surrender to love, begin to see through different eyes and share what I saw through both my writings and transformative work with individuals as a heart centered therapist.

My PhD dissertation in 1998 was the Unified Field where I demonstrated that the basic underlying and uniting force of the universe is a psychic energy field of love and soul consciousness (The Unified Field) which lies not only beyond time and space but also beneath our deepest fears and whose principle property is the universal urge to unite.

I have had many personal experiences of the sensory sensation of being in the Unified Field of love and soul consciousness that exists not only beyond time and space but also beneath our deepest fears but this one clearly stands out ~ for it was a matter of life and death and it became the foundation of my belief in this state of consciousness that lies beneath our deepest fears.

I call it the Final Option which I experienced as a Navy carrier pilot in 1961, on the South China Sea, and where I faced, totally surrendered to and went through my deepest crushing fear of the unknown ~ and broke through to an all knowing and fearless state of soul consciousness that existed not only beyond time and space but obviously deepest within myself.

My whole life has been a journey, a quest, to find a lost little boy within myself who once knew, and longed to share the truths that I am now sharing with you; a 4 year old boy who profoundly experienced at the deepest level within himself, a love and joy that indelibly connected him to everything around him. That experience was my first awareness of a Unified Field of love and soul consciousness which I was an integral part of ~ and I fully surrendered to the bliss of being in that Field of love and soul consciousness and never forgot it.  See VT Article ~

Just as becoming a Navy Fighter pilot was an important part of my destiny and brought me to the San Francisco Bay area ~ my precognitive vision of the Golden Gate Bridge was a door that was opened to me as a young child and not only let the future in but proved to me that this state of love and soul consciousness not only existed beyond time and space but was also the sole constant of the universe. See VT article

Which brings me to our current social revolution in 2016 which has revealed  an anti-war movement against the corporate state, initiated by Bernie Sanders and carried on by Jill Stein and the Green Party which will hopefully eventually grind to a halt the gears of war and enlist millions of our youth in its implementation.

We have once again reached a state of choice less Apathy, similar to what we felt in 1970, but now it’s time to implement the final act of this revolution particularly with two such unpopular candidates running for President in 2016 ~ the time for true change is in the air.

Excerpts from this must see interview;

Paul Fay’s last comment of interview ~ ” Whoever wins the election, there better be a massive anti-war movement already in place ” ~ to which I add we are already in the process of accomplishing this with Jill Stein and the Green Party but we desperately need her progressive voice in the upcoming Presidential debates.

There is a revolution coming. It will not be like revolutions of the past. It will originate with the individual and with culture . . Charles A. Reich

My good friend and fellow columnist Doug Childers perhaps offers the most insightful comment regarding our current presidential  election ~ which I am reprinting in full;

“Right on Allen!  I don’t grudge Bernie for stepping out. I don’t know what happened behind the scenes, but he raised political consciousness in this country to an unprecedented level and started a political revolution I never thought I’d see here

Those who paid attention just witnessed a corporate coup in the democratic primary. The oligarchy, operating through the DNC and corporate media, and colluding with the Clinton campaign, stole an election, defrauded the American people of their rightful democratic process, and is intent on installing Hillary, their corrupt hopeful successor to their current servant Barak Obama.(I voted for him the first time and learned a new level of discernment.)

Now this united corporate system is using Donald Trump as a bogeyman scare-card to frighten people into going along with the program, and millions are becoming unwitting accomplices to the theft of their own democracy, imagining they are preventing the rise of a new fascist state.

They don’t realize that what we now have, hidden behind the facade of democracy, and what Hillary will further empower, just as Obama has, is worse than anything Trump could accomplish.

The media, and now their frightened citizen cheerleaders and apologists for Hillary, wants to convince us that our only choice is between an inflated narcissist desperate for attention, and a calculating sociopath committed to handing more control over the world to the corporate military state.

If people were willing to face this ugly reality and realize the real choice we face is to either vote our conscience or betray it we would begin to actually become a real democracy and a people worthy of it.

I’ve been posting a quote from time to time that you’ve probably once heard,  from Edward R. Murrow: “A nation of sheep will in time breeda government of wolves.”

And that’s how we got where we are ~  Keep up the good work!”

In short, Charles Reich’s The Greening of America in 1970 predicted a social revolution unlike any others in our past, originating from individuals, such as myself and others, as well as all classes and cultures.

This revolution will indeed begin to change the political structure in 2016 by challenging the corporate state ~ and the new generation propelling this change, as dramatically demonstrated by the Sanders campaign, are the Millennials who are now carrying the glowing Olympic torch of true political change as represented by Black Lives Matter and the populist, anti-war theme of the Green Party’s Jill Stein.

And ironically in 2016, the rich and poor classes and corporate states have gathered, as we are now currently witnessing at the Olympic Games in Rio de Janeiro ~ while looming high above is the ultimate social revolutionist Christ the Redeemer, created by Polish-French sculptor Paul Landowski  in 1931.

98 Feet tall and standing 2300 feet above the city and the Olympic stadium, its sandstone hands outstretched and seemingly imploring us to Love one another but in a far different tone ~ for now it adds, with the advent of the nuclear age as well as the atomic bombings of Hiroshima and Nagasaki in 1945, Love one another or you perish. And it is Teilhard de Chardin, the Jesuit priest, paleontologist and explorer of the soul, whose life’s work was the reinterpretation of Christianity in the light of evolution, as well as my mentor from beyond time and space ~ who also stands impatiently at the summit of man’s quest for the ultimate truth proclaiming to all that god is love.

As a fellow social revolutionist and explorer of the soul my evolutionary task has been to demonstrate through my work and writing that this love is indeed the long sought for Unified Field ~ a state of love and soul consciousness that lies not only beyond time and space but also beneath our deepest fears and whose principle property is the universal urge to unite.

This is the ultimate inner revolution and spiritual greening of America and it is already underway.

“Therefore, despite all checks and improbabilities, we are inevitably approaching a new age, in which the world will throw off its chains and at last give itself up to the power of its inner affinities. Either we must doubt the value of everything around us, or we must utterly believe in the possibility, and I should add, in the inevitable consequences of universal love.”  Teilhard de Chardin

We are all in a sense Hibakushas (Moral survivors of the August,1945  Atomic bombings of Hiroshima and Nagasaki )

Heart centered spiritual consultant and advisor Allen L Roland can be contacted at allen@allenroland.com Allen is also a lecturer and writer who shares a weekly political and social commentary on his web log and website allenroland.com. He is also featured columnist on VT and is a featured guest on many radio and Television programs