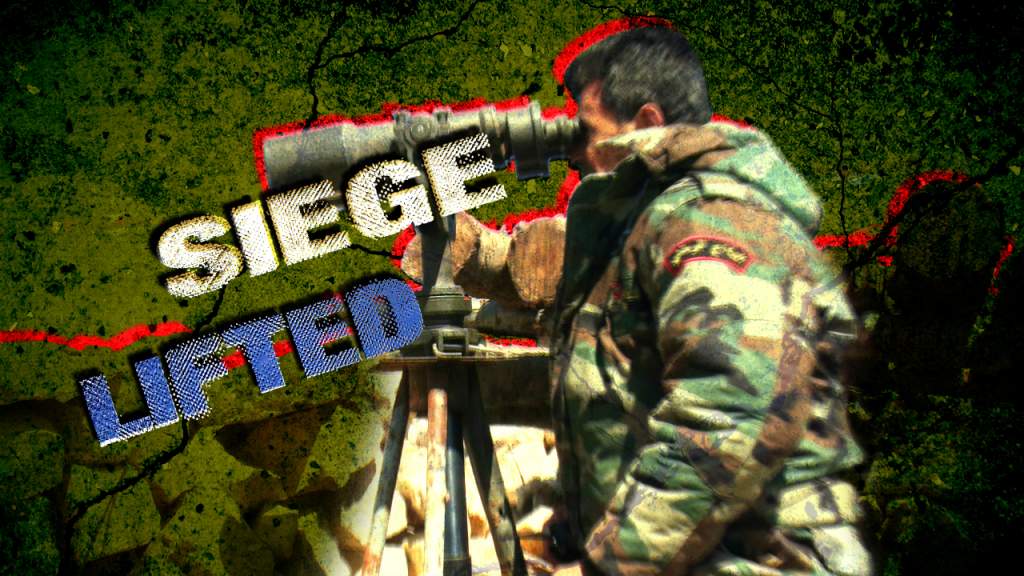 On August 6, the Jaish al-Fatah operation room seized the Ramouseh Artillery Base and the Ramouseh Neighborhood from the pro-government forces, de-facto, breaking the Aleppo siege and setting up a siege on the government-controlled areas of western Aleppo. However, the govt. forces are still able to supply the area via the Castello Highway. The first aid convoy arrived western Aleppo last night.

Recently, Liwa al-Quds units that had been deployed in the area between the Castello Highway and Handarat camp have arrived to southwestern Aleppo in order to assist the pro-government forces there. Reports say that the Syrian army’s Tiger Forces led by Col. Suheil al-Hassan are still in northern Aleppo. Maj. Gen. Zaid Saleh who led the Rep. Guard during Layramoun battle has reportedly replaced Maj. Gen. Adib Mohamad as head of Aleppo Security Committee. Harakat Hezbollah al-Nujaba (HHN) has announced that it had sent some 2,000 fighters in order to assist the Syrian army in the battle for Aleppo. The HSN is an Iraqi Shia paramilitary that receives training, arms and assistance in military planning from Iran. Pro-militant sources disseminate reports that the Syrian army has deployed up to 100 battle tanks and 400 BMP vehicles for operations in Aleppo city. Jaish al-Fatah’s manpower is estimated as 10,000 including 2,500 fighters of Jabhat Fateh al-Sham (former Jabhat Al Nusra).

There are reports that the jihadists have reopened the Alramousa road and set a supply line to eastern Aleppo and some photos of alleged food delivers to the area have appeared. However, the modern tactical situation does not allow them to deliver significant supplies there because the Syrian army is holding a fire control of the road. The siege has been lifted, partially. The Jaish al-Fatah will need to push the pro-government forces from the 3000 Apartment Project and even further in order to deliver supplies to eastern Aleppo.

Local sources report that the joint jihadi forces have concentrated a high number of experienced infantry in southwestern Aleppo. Furthermore, the urban fighting does not allow Syria and Russia to use their advantage in the air power. These facts indicate that the pro-government forces will not be able to take upper hand in the ongoing clashes, easily. The result of the battle will mostly depend on developments on the ground.