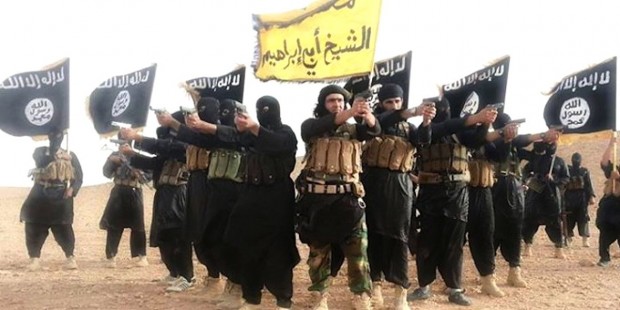 For those aware of the true nature of IS this report comes as no surprise. It reveals that the IS forces are a bunch of foreign mercenaries imported into Syria by the agents of Saudi Arabia, Turkey, Qatar and their western allies, especially the US and Great Britain. The revelation that 60% of these foreign mercenaries are American or European is however, quite shocking; we knew that men from these countries had joined IS but the number is far higher than we suspected. One area the report does not touch on is that of the Turkish army and how a large portion of the ‘IS’ forces fighting in the north of Syria around Aleppo and Idlib are actually Turkish troops in fancy dress pretending to be headchopping black-clad terrorist scum.

__________
FARS
Report: 360,000 Foreign Nationals from Tens of States Fighting Alongside Terrorists in Syria

A sum of 360,000 foreign nationals have fought against the Syrian government in Syria since the beginning of the outbreak of the crisis in the Arab country in March 2011, a German research center’s report revealed.

Over 95,000 of the terrorists have been killed so far while 90,000 other are actively fighting against the Damascus government, German-based Vril Research Center reported.

It noted that 360,000 foreign terrorists fighting against the Syrian government are from 93 different races, saying that 215,00 of them are American and European terrorists.

“The Saudis have the highest number of casualties in Syria so that 5,990 out of 24,500 Saudi terrorists have been killed since March 2011,” the report said.

In a relevant development in May, new documents by a human rights watch disclosed that a Syrian-Saudi man has been the mastermind behind the infiltration of over 6,000 terrorists from the European countries into Syria.

“Tarrad Mohammad al-Jarba, originally a Syrian who later obtained Saudi nationality, has been an ISIL commander in charge of recruitment of fresh forces from the European countries and transferring them to the battlefields in Syria,” documents by the watch said.

“Tarrad was in Saudi jails for at least four years. He further escaped the jail and went to Syria to join the ISIL,” the documents went on to say.

Al-Watan paper, meantime, has claimed that al-Jarba is not the real family name of Tarrad.

Tarrad is the relative of Hareth al-Zari, the ex-secretary general of the Iraqi Muslim Ullema, who was killed in Jordan last year.

Daily Telegraph also had previously found out that the 36-year-old al-Jarba’s real name, who used in many cases the family name of al-Haraki, was Abu Mohammad al-Shamali.

The Telegraph added that al-Shamali was responsible of transferring over 6,000 terrorists, one third of the total number of non-Syrian terrorists, into Syria in two years of 2013 until 2015.

The Telegraph went on to say that the family names of al-Jarba and al-Haraki can be seen on the top of recruitment forms of fresh forces heading to Syria battlefields.

Syrian Information Minister Omran al-Zoubi informed earlier this month that thousands of terrorists crossed the border into his country in early May or the last day of April.

“Around 6,000 terrorists have crossed the border and entered Syrian territories in recent days,” al-Zoubi said.

Late in April, Syrian Prime Minister Wael Nader al-Halqi also warned that more than 5,000 fresh militants crossed the border into the Northwestern provinces of Aleppo and Idlib from Turkey, stressing that the ceasefire agreement was being violated by certain parties.

“In the end we see that Saudi Arabia, Turkey, and Qatar, as well as Western countries such as Great Britain and France have no real desire to move the process of the political settlement in Syria forward,” al-Halqi said.

The Syrian prime minister stressed that it’s “just the opposite, they are aiding in the escalation of terrorist activity and arming terrorists. Over the last week, more than 5,000 troops crossed the border with Turkey into the provinces of Aleppo and Idlib”.

Dark Secrets of The Wizards of Oz and Your Hero Within (part 1 of...